By Samera Iqbal on February 17, 2019 0 Comments
BTS now have their own vinyl figures!
On February 15th, Funko unveiled the latest wave of Pop figures for the 2019 series. The reveal began with KISS Pops at 5am at the New York Toy Fair, and continued every fifteen to forty minutes. At 6:45am, they revealed the BTS Pops.
The figures are styled after the LOVE YOURSELF: ANSWER concept. Specifically, version F. Check them out below! 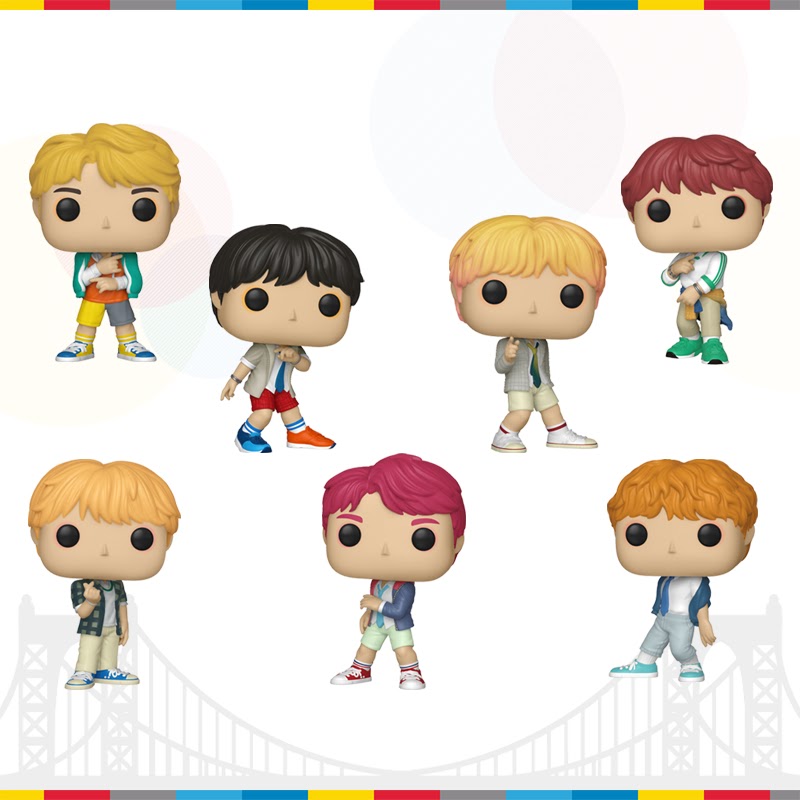 The vinyl figures are available for a worldwide preorder via Pop In A Box, and cost £9.99 each. The 7-Pack version, however, is only a Barnes and Noble exclusive.
BTS bts pops funko vinyl figures
Share. Twitter Facebook Google+ Pinterest LinkedIn Tumblr Email
Previous Article[News] Park Jungmin’s tour rescheduled due to car accident
Next Article [Upcoming Events] 18/02/2019 – 24/02/2019