Trending
You are at:Home»News»Europe»[NEWS] BTS and ATEEZ win big at MTV EMAs and NCT 127 wows crowd with performance

The MTV Europe Music Awards (EMAs) held on 3 November saw BTS and ATEEZ emerge as winners, as well as a brilliant performance from NCT 127!

BTS won a total of three awards from the three categories they were nominated in, proving their popularity once again. They took home the Best Live award, after beating fierce competitors Ariana Grande, P!NK, Travis Scott, and Ed Sheeran.

ATEEZ, who had been nominated alongside fellow K-pop acts CIX, AB6IX, ITZY, AND IZ*ONE for the Best Korean Act award, came out as the winners! 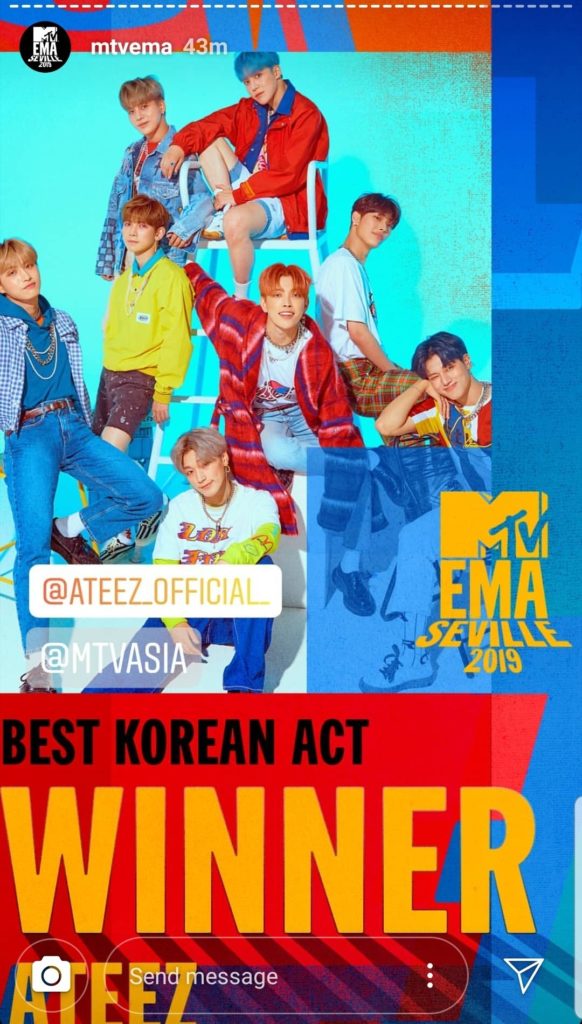 NCT 127 who were announced to perform on 28 October were also at the show! Although Jungwoo unfortunately couldn’t attend due to health concerns, the team put on an amazing performance of “Highway to Heaven” that captivated the audience!

Check out their performance below.

Congratulations to BTS, ATEEZ and NCT 127!