Trending
You are at:Home»Events»K-pop at the London Korean Film Festival
Events

The LKFF is drawing closer, and with the variety of Korean films it will present, there are also a number of film starring K-pop idols. To see what’s available, just keep reading! 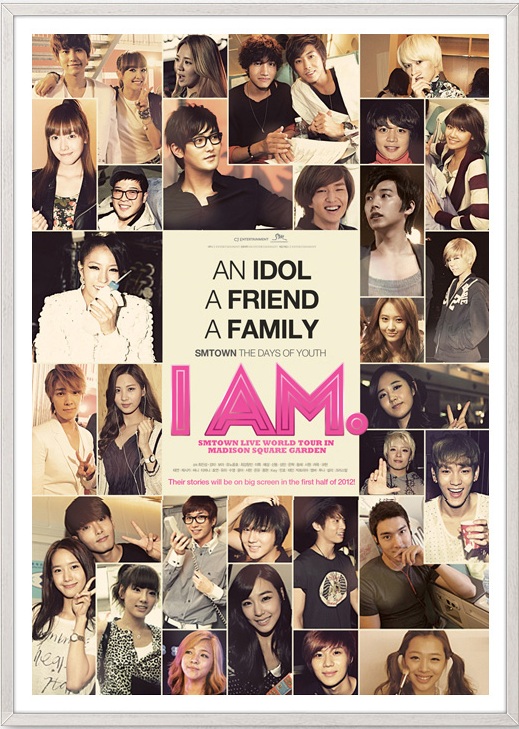 To the rest of the world, the Korean music scene seems to have appeared over night with albums and downloads sells totalling in the millions. Though many of the K-pop stars may make it look easy it certainly is not and this is want I AM: SMTown will show. Part documentary, part concert, shows the hundreds of hours, blood, sweat and tears that each SMTown artist has sacrificed and led to the first ever East Asian music performance at the world’s most famous venue, Madison Square Gardens in New York City.

The film shows the coming-of-age story and performances of each of the SMTown’s artists including; BoA, Girl’s Generation, friends of the festival SHINee, KANGTA, TVXQ, Super Junior and f(x). If you are a K-pop fan then this is not an event to be missed.

An aspiring, all male, K-pop band called Mr Children are finding it impossible to bring through as the next big thing. They meet the sharp tongue producer, Gu-ju, who sees the potential in the group. She quickly starts putting the boy band through their paces to try and get them into shape. As they begin to gain a fans and recognition a rival executive who looks to stop the groups rise so before a major music festival he releases a damning video of the band’s lead singer.

On the cusp of getting everything that the band wants, will they be able to overcome their differences to be the success could truly be? 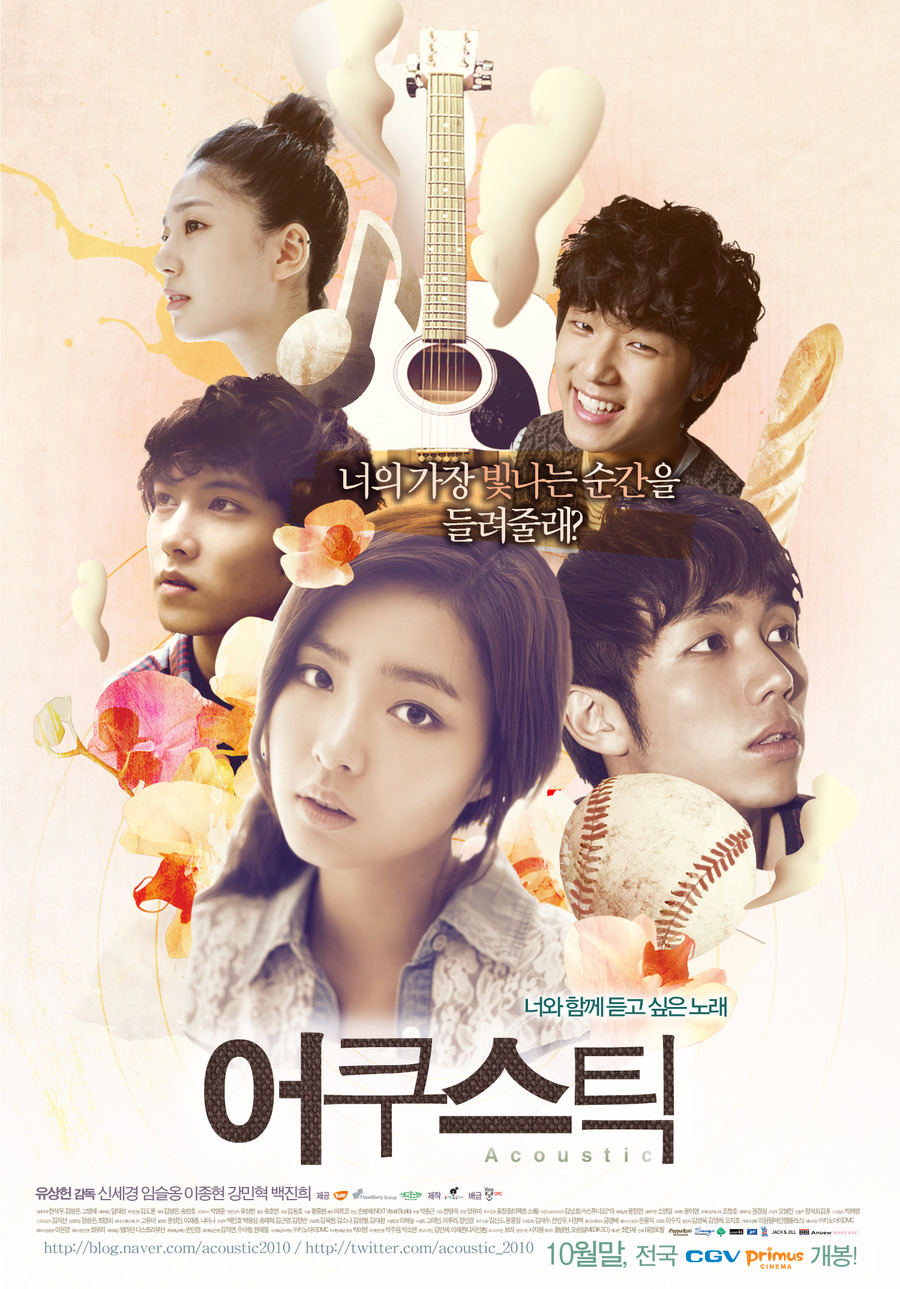 Acoustic – Featuring members of CNBLUE and 2AM. A great film to watch to reminisce over the CNBLUE concert this past September.

The omnibus film is a staple in the East Asian film industry with Acoustic tackling a number of different genres but still keeping music at its heart.

Episode 1 – Broccoli sees a female, singer-songwriter who suffers from a rare disease were she can only survive on ramen noodles. She is rejected by all the record labels and must decide what her last song will be.

Episode 2 – Bakery Attack is based on the short story by Haruki Murakami and sees two starving musicians looking to sell their guitars but instead they are re-inspired by a local baker.

Episode 3 – Unlock is set in a future where music has ceased to exist and sound is used as a woman. A couple set about to access an iPhone, now an old relic, yet still holds music inside which holds sentimental value.

When Jesus was nailed to the cross, a thief was hung alongside. Thievery is one of the oldest professions known to man. When people started amassing wealth, thieves were there. Some thieves steal money, some steal hearts and some try to steal the world. This film is their story. Choi Dong-hoon

After a large heist, five of Korea’s most infamous thieves, Popeye, Pepsi, Yenicall, Zampano and Chewingum, jump at the chance to get out of town when offered a job in Macao. Their goal is to steal the ‘Tear of the Sun’, a 318 carat diamond, worth over $20 million at the Macao Casino. The brain behind the break-in is Macao Park who has assembled his own Chinese team to join the crew. However tensions run high when person histories get in the way of the present and some of the criminals having their own designs on the diamond and are willing to double cross the other to make off with the prize.

The Thieves is one of Korea’s largest co-production with a fantastic Korean and Hong Kong cast including Kim Yun-seok (Yellow Sea), Kim Hye-soo (The Red Shoes), Lee Jung-jae (The Housemaid), Simon Yam (Election 1 & 2) and Derek Tsang (The Eye 2). The director is no slouch either with a number of big critical and commercial films including the 2009 smash Woochi the Demon Slayer and 2006’s Tazza: The High Rollers. This mix of amazing talent and a gripping, high impact story has made The Thieves one of the biggest grossing films in Korea’s box office history.

(There will also be a Q&A with the director!) 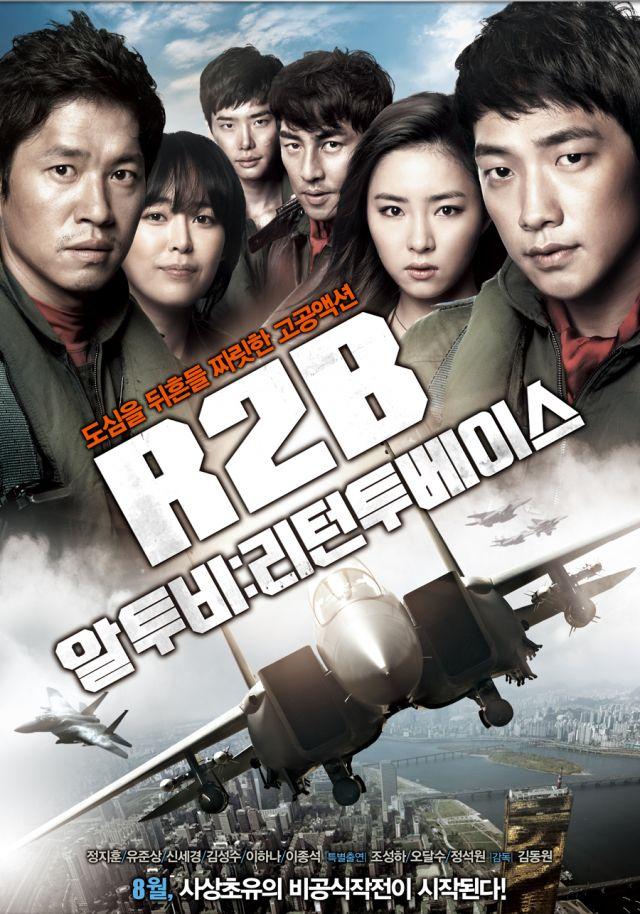 Black Eagle/Return To Base – starring King of the idols, Rain.

Taking a leaf from the Tony Scott 80’s class Top Gun, book, this high octane action film stars the K-pop and film sensation Rain as a cocky fighter pilot who finds he has to stop a possible war.

Tae-hun finds himself transferred to a combat flying unit after a preforming an unplanned and near fatale manoeuvre at a fly show. On his first day he meets the unit’s top pilot, Cheol-hui, and the two opposing attitudes, Tae-hun’s free spirit and Cheol-hui’s by the rules approach, butt heads. Tae-hun also meets Se-yeong and falls head over heels for the female engineer. However Tae-hun’s impulsive, and dangerous, behaviour lands him in a suspension just when a reconnaissance mission turns sour with the death of one of his friends that the disappearance of another. The teammates have to put aside their petty differences and band together to find their friend and stop a possible war.

This year the London Korean Film Festival will also be reaching out to other places in the UK such as Bristol, Bournemouth and Glasgow – making it the first Scottish venture for the festival. You can view the full film schedule here. Book your tickets soon!