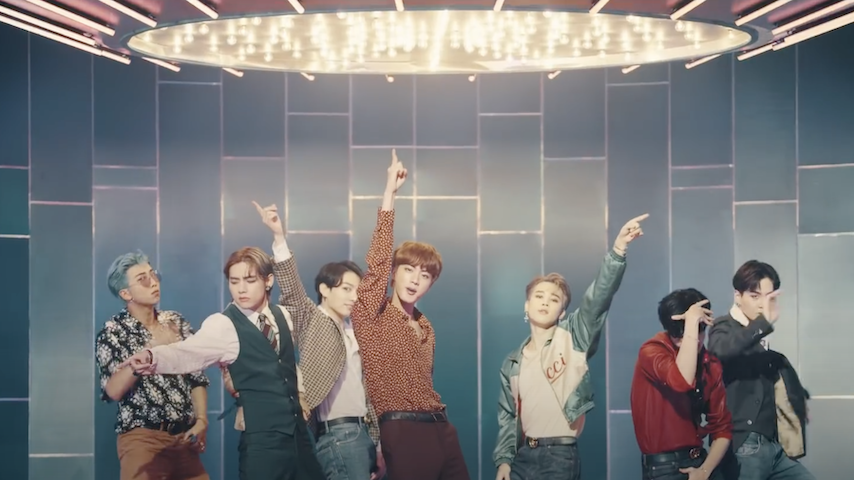 It’s comeback season, and BTS sure did light it up like dynamite!

As soon as I heard about this comeback, I knew it was going to be fantastic. BTS has never failed to surprise us Armys and oh boy did “Dynamite” deliver!!

From the first time watching this, one of many times watching it, I guessed that the concept was an uplifting and positive one, telling Armys to look to the future positively despite the tough times. All wrapped up in a disco, pop and funky bow! After watching it countless times, like any other BTS lover, the positive vibes ran through my body and “Dynamite” was a song I could not stop listening and dancing to!

Overall, the high pace and funky tempo gives the song a more retro feel, accompanied by the ’80s-’90s inspired clothing the boys wear. Within the first scene, we see Jungkook in a teenager’s bedroom, with David Bowie, Michael Jackson, Queen and Beatles posters. Once again, the overall vibe from the unattractive patterned carpet, VHS boxes, a tape deck all washed over with a vintage-looking filter, really shouts retro! There are even band references in the lyrics, such as “Rolling stones” (1962) 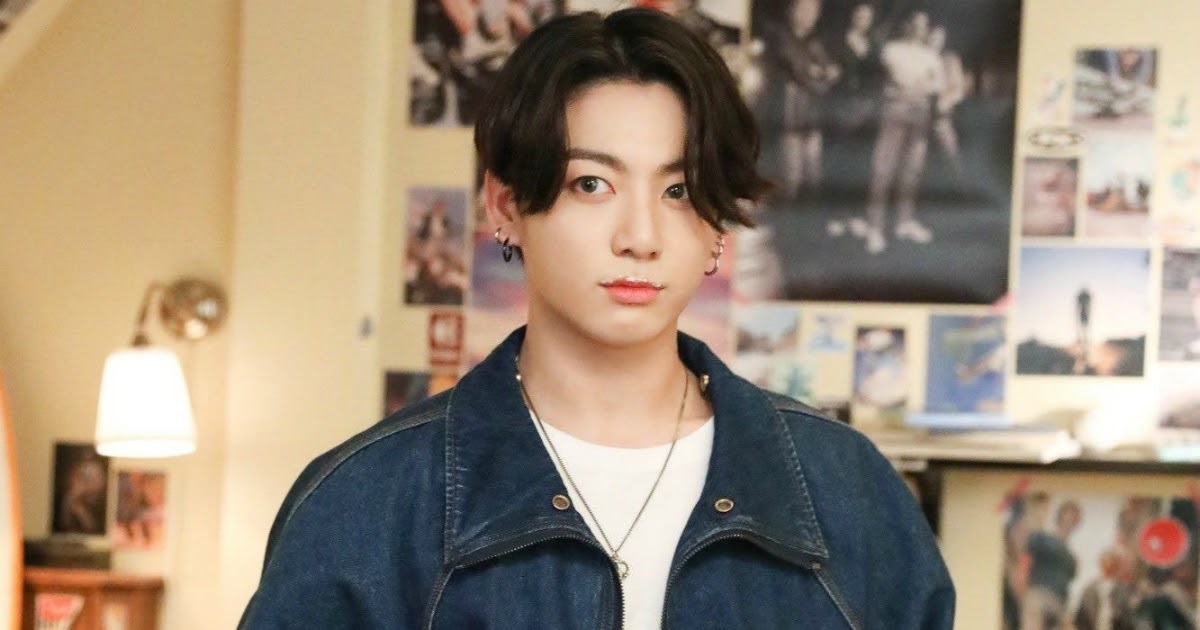 The retro settings continue, with Namjoon dancing in a vinyl record shop and Hoseok grooving in a diner, wearing the stereotypical baggy brown trousers, which gave me 70’s flower power bell-bottom trouser vibes. Other backgrounds used possess similarities with other music videos. The “Disco” sign in the background of one scene, is quite similar to the movie theatre in “Boy with Luv” and the disco lighting scene with Seokjin as the centre dancer, also bears similarities with a scene in “Boy with Luv” during Namjoon’s solo rap.

In regards to the choreography, there are a lot of dance references to early music videos from old generation western pop and rock stars. One that crops up a lot is the iconic Freddie Mercury ‘air pointing’ pose as well as a recurring kick-like dance move that reminded me of the Michael Jackson kick from “Beat It”. As well as older dance moves, there are also more fun and current moves such as ‘hitting the woah’, a TikTok dance move and dance moves taken from previous BTS choreography. 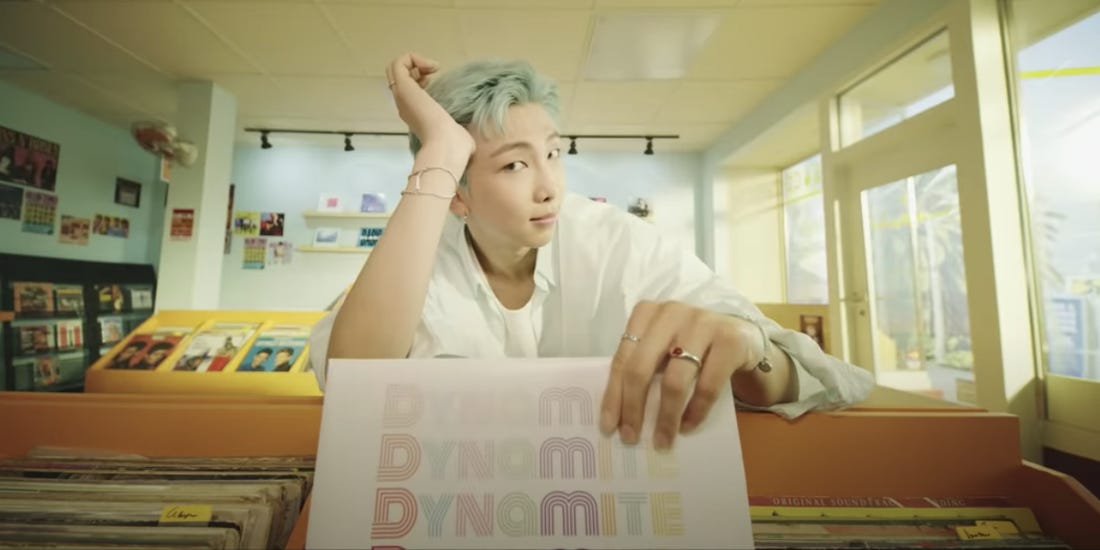 One complaint I personally have about the music video is the lack of screentime and the poor line distribution among some of the members. Although it is typical for the lead vocalist of the group to have the majority of the lines, it can be a little upsetting when the other vocalists are given a lot less attention in the music video. All the members, but Seokjin, got their own solo scene and solo verse. Apparently, Seokjin also had some of his scenes cut too. Members such as Yoongi and Hoseok only have around seven seconds of verse. This is a recurring issue we sometimes see in their title tracks and is also quite common in K-Pop groups. Hopefully, the line distribution will be fairer in the next music video!

From the looks of the music video however, it was really refreshing to see the boys enjoying themselves. It has been a very tough year on them and us all. With the growing Covid-19 fears around the world, BTS deliver this upbeat and positive song to the world. Although they were unable to film the music video in actual settings, most of it is CGI, the vibrant colours really bring on an ecstatic mood, like a strong shot of serotonin! With the catchy lyrics that will certainly cause a few earworms for months, it feels as if this song was exactly what Armys needed during these harsh times, with concerts being cancelled and not being able to enjoy Summer of 2020…

What are your thoughts on BTS’s newest biggest hit?!