Trending
You are at:Home»Events»Concert»[Coverage] Epik High In London

It seems hard to sum up the London Epik High stop in words, the limitations of language and physical space feel too restrictive to encompass all thoughts on the night.

In the final date of their European Tour, Epik High took to the stage at the Electric Ballroom, Camden a little later than expected. Given the lengthy queue outside the venue that snaked around the block, the delay was only caused by filling the venue to capacity with fans eager to see the hip hop trio in action. 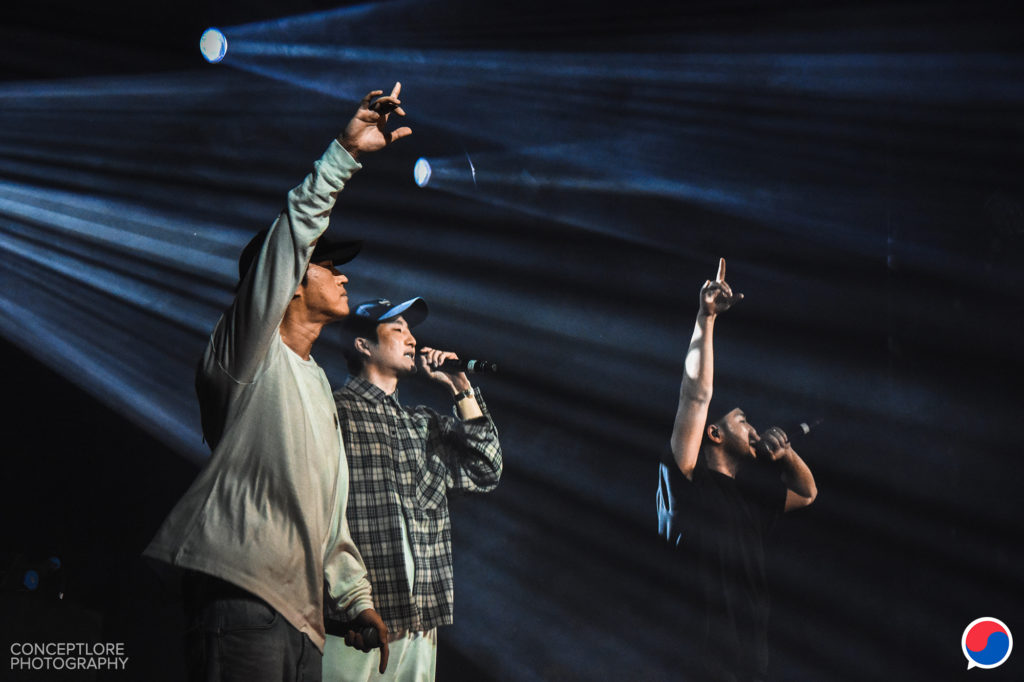 With a sixteen year history and lengthy discography, it is without doubt long overdue for the pinnacle of Korean hip hop to hit London. However, the timing felt perfect as the lights went down and DJ Tukutz casually made his way behind the decks – every second of the wait was about to be worth it.

Highs, there were plenty, and they were ‘epik’. Lows, there were none. It is easy to forget the ages of Tablo, Mithra Jin and DJ Tukutz as they have an energy that can match and surpass any of Korea’s younger performers. They brought their A game from the first note and continued as if it were their first, or last, time on stage. At times in the show, their chat and commentary made it clear that while on stage there was no other place or moment that mattered – this was the moment to be living in, Epik High and High Skool, collectively encapsulated in the bubble of that one show. 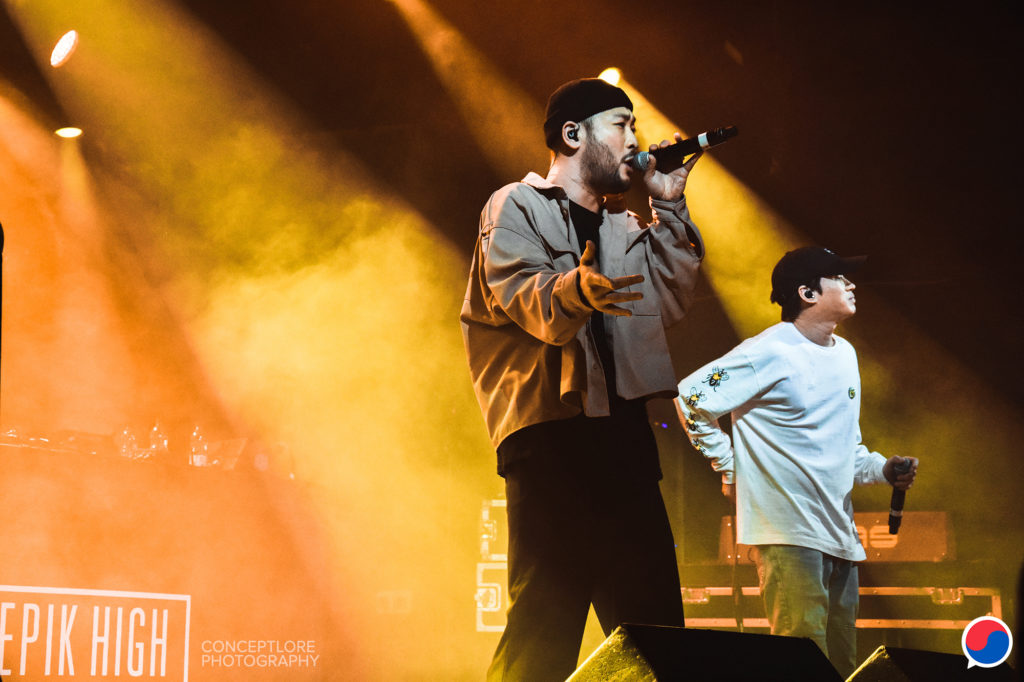 It should be hard to create an Epik High setlist that doesn’t miss out something of key importance to their history, time would never allow them to perform everything in their back catalogue that left a lasting mark, but as the show went on, it never felt as if something was missing –  despite its popularity I doubt anyone would really have minded had they not played ‘Born Hater’ the night was just that immersive. 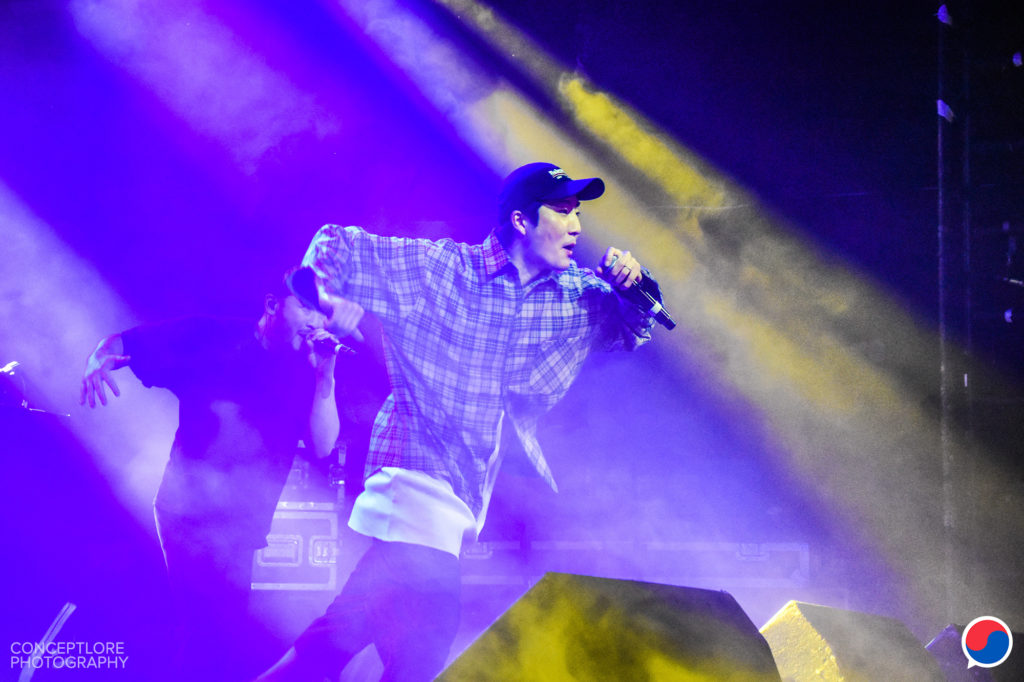 Tablo carried most of the between-song chat, though still made time to include Tukutz and Mithra despite their limited confidence speaking in English. A naturally charismatic and funny person, Tablo easily entertained as he talked. He translated for Mithra, employing a terrible impression of his deeper-voiced companion – an impression he later did almost identically for Tukutz despite their differing voices. 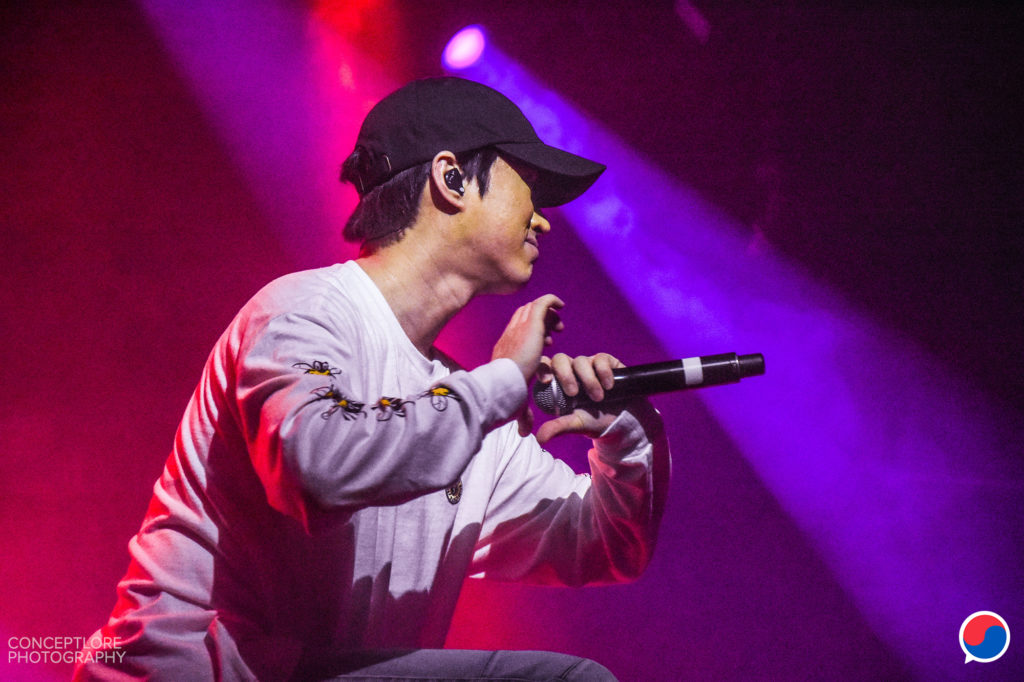 A poignant moment saw Tablo ask who had been with them for ten years, for all sixteen years, since ‘Shoebox’, since ‘Sleepless In __________’ the inclusivity of new and old fans in his questions made no one afraid to say they’d only just heard them, or they were old enough to have grown up with them. Everyone was welcome, and everyone was accepted at the show as they are in the Epik High fandom. There are no competitive Kpop attitudes with Epik, and it resonates at an incredible volume.

As fans thought Tablo’s chat was coming to an end, a group began to chant ‘encore’ at Epik High, only for Tablo to mistakenly think they chant was ‘asshole’. Hilarity ensued, the whole crowd chanted ‘asshole’ at him, and he mused at how amusing it would be if ‘asshole’ was the British way of claiming greatness – Epik High was too good for an ‘encore’, the Brits need to break out the ‘asshole’ chant of appreciation. 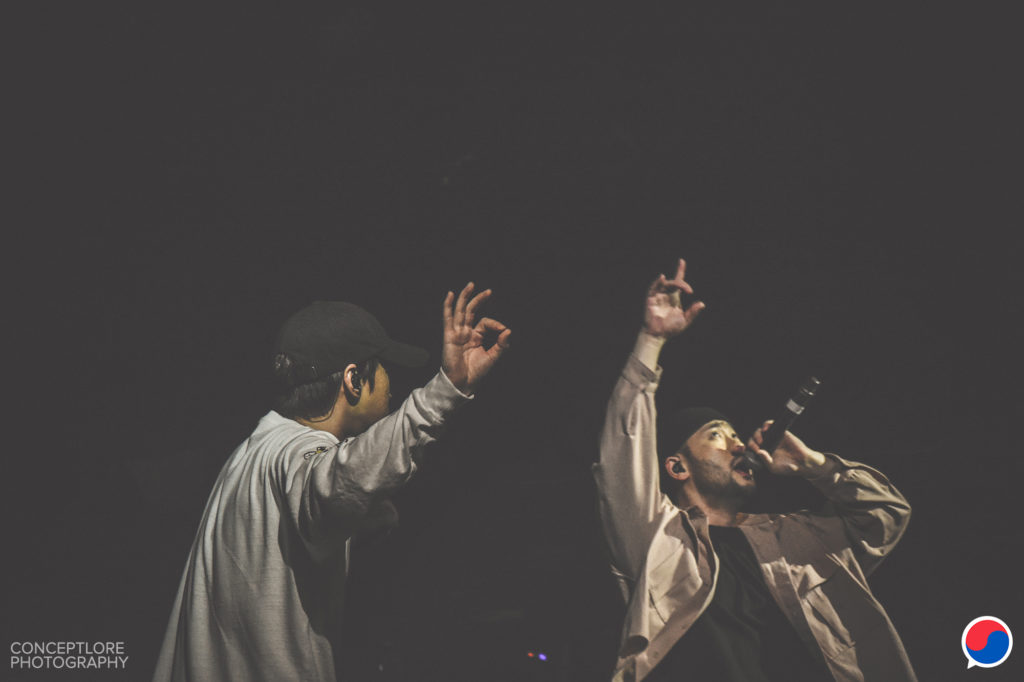 When time did come for the fans to chant ‘encore’ it was a shame the whole place didn’t erupt into shouts of ‘asshole, asshole, asshole’ – despite the desperate attempts from UnitedKpop and fans around us to start it off, it didn’t catch on. Tablo too was disappointed, taking longer to return to the stage in the hope he’d hear what he’d framed as a now oddly endearing term of affection between British fans and Epik High. If they return, UnitedKpop will be heading the fan project to have ‘asshole’ chanted at the trio in replacement of ‘encore’.

Epik High is timeless, after sixteen years their music still seeps into your brain and soul, it’s arguable that Epik High today are better than they ever have been. It does not feel ludicrous to say that Epik High could have another sixteen years in them – and hopefully future world tours. It would be a shame to only see Epik High performance once – you’re left wanting more and its a craving that may not be one hundred per cent satisfied by listening to their recorded offerings. 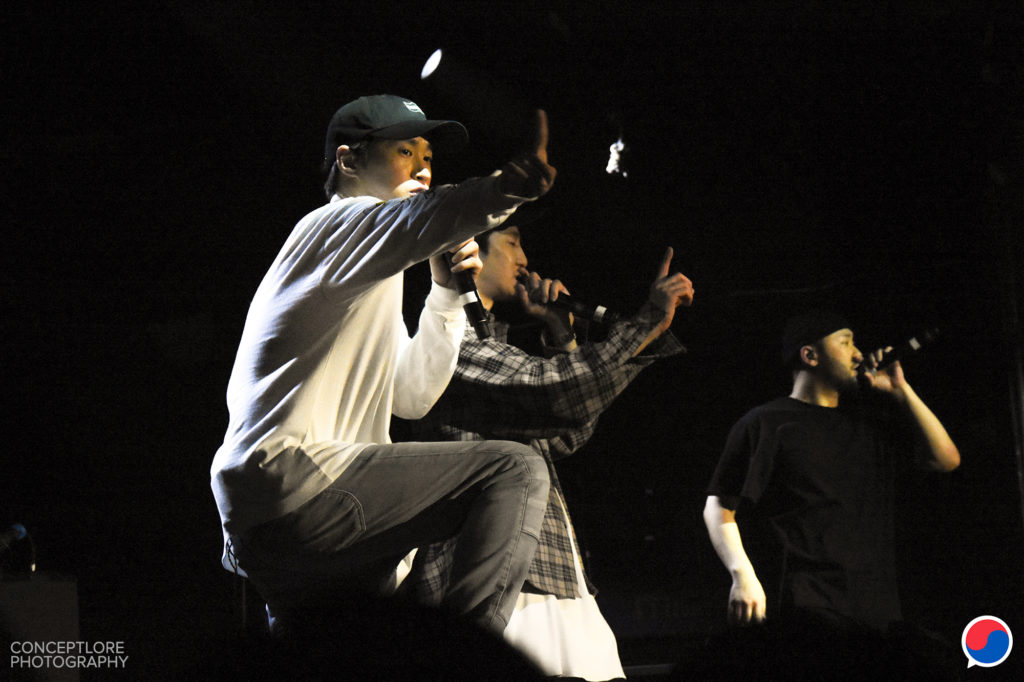 Epik High never stop working and creating, only a week splits their European tour from its North American counterpart, and they’re doing all this on the back of producing their latest EP. Independent once more on their OURS label, the group have the freedom to do with their time what they wish, and though we hope a rest and family time is in order upon the completion of their North American Tour, we hope more music is lined up for the future. With ‘Sleepless In __________’ an incredible success, showcasing that they can still surprise and grow, what the future hold is a mystery, and one we cannot wait for.

This article features in the Spring issue of UKP Magazine. To read more of the magazine and to catch the next issue first, follow UKP Magazine on Issuu.