Trending
You are at:Home»Original Content»Editorials»[OP-ED] FATPHOBIA, FEMINISM AND FAUX CONCERN IN KPOP

Why are the standards for men and women different?

Korean society is known to be deeply homogenous, both in their enforcement of beauty standards and rigid patriarchy. From the concept of ‘freesize’ to the hyper-fixation on femininity, women and their bodies are micromanaged to the finest detail. Kpop is no exception, with female idols making headlines simply for being too fat or unfeminine. Agencies require them to attend weigh-in sessions, follow diets and fitness regimes in the quest for ‘perfection.’ 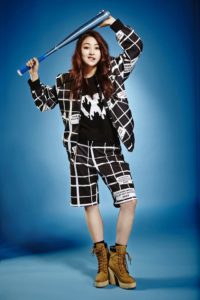 Jihyo during the photoshoot task on SIXTEEN.

Take TWICE’s Jihyo for example. During her time on survival show SIXTEEN, her size was the biggest obstacle standing between her and debut. Photographer Jo SunHee voiced that Jihyo being ‘too chubby’  was a valid reason for her demotion from the ‘major’ lineup to the minor group, whilst another judge implied that being skinny is ‘part of the job’ as an idol. Whilst the other slimmer contestants were dressed in flattering clothes, Jihyo was dressed in a loose-fitting co-ord that covered the majority of her body. The androgynous styling teamed with a  baseball bat gave off a tomboyish, almost masculine feel due to the dark colours and fierce nature of the pose (the raised bat and biting of the lip.) If we compare this to fellow contestant Jeon Somi’s pictures from the same shoot the difference is astounding. 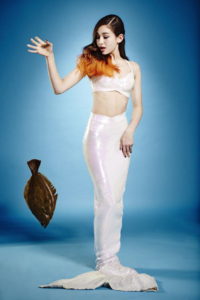 Her outfit is light in colour and fitted to her figure. She’s dressed as a mermaid, associated with femininity and ethereal beauty, with her toned midriff flaunted. To be ‘fat’ in Korea is synonymous with a loss of femininity and this intersection is both misogynistic and fat-phobic.

Many expressed their views on her body through the guise of being concerned for her health. 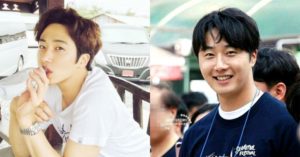 Yet these same netizens have proven to hold men to a different standard, confirming that their motives for shaming female idols is rooted in misogyny rather than genuine concern. Actor Jung Il Woo was praised by neitzens, commenting that he “still looks handsome despite his weight gain.” From this, it can be seen that this faux concern surrounding female artists in terms of weight is most times nothing but a thinly veiled attempt to force them to assimilate.

So why is it that the goal posts for men seem to be closer than those for women?

Korea is still a patriarchal country at heart; typically, idols tend to attract fans of the opposite gender so an explanation for this is the aforementioned patriarchy. If an idol isn’t ‘beautiful’, too often we see sexist abuse on discussion boards, in an effort to pressurize the idol into fulfilling their fantasy.

Misogyny is born out of a need to not only control, but to subjugate women in relation to men.

Several members of SM’s Super Junior reflected this, with Shindong once saying “Lose some weight, why can’t you take care of yourself. When I say this, the person might think, ‘Look who’s talking,’ but I would reply, ‘I’m a boy and you’re a girl.” Fat women are seen as lazy with no self-control, but men are not; somehow it is less feminine to be overweight, but not less masculine for a man. Shindong himself embodies these beliefs as he is known for his size, so for him to police women’s bodies and criticize them is not only hypocritical but a telling example of how unconventional women are viewed.

Sure, in recent times Korea has been slowly inching forward in terms of body inclusivity. Hwasa from Mamamoo has been noted for her curvier figure and flattering style. But one idol being celebrated is not enough – until the stigma behind ‘fatness’ is broken, female idols will continue to be body shamed. There is no one picture of health and it’s a dangerous idea to believe that skinny = healthy. It’s simplistic to assume that fatness is a symptom of poor self-control; there are many factors that could lead to weight gain. Medication, conditions, illnesses – where do we draw the line? Being unfeminine, fat or both isn’t a bad thing and should be celebrated but it seems that Korea has a long way to go.