Trending
You are at:Home»News»Europe»[NEWS] TXT, NU’EST, and VAV fight for their places on European iTunes

[NEWS] TXT, NU’EST, and VAV fight for their places on European iTunes

By Samera Iqbal on October 21, 2019 0 Comments
Amid a comeback-filled month, TXT, NU’EST, and VAV are fighting for their place on European iTunes.
VAV’s mini-album Poison charted in the top 100 of five European countries: Hungary Sweden, Russia, Denmark, and Austria. Out of these countries, their most notable feat is Hungary, taking the second spot. 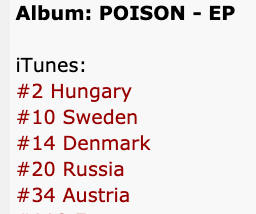 Although NU’EST’s mini-album The Table took seven no.1s worldwide, none of these was in European countries. However, the mini-album charted in the top 100 in Denmark, Russia, and Spain. 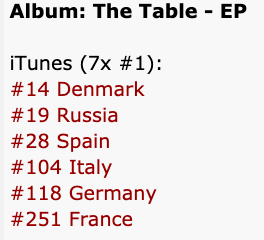 Despite there being multiple comebacks on one day, it appears that TXT had a better day in Europe. Their first full album The Dream Chapter: MAGIC was the only comeback to gain no.1s in European countries. Out of 23 countries worldwide (as of 21;00 BST), 10 peaked at no.1. This includes Austria, Denmark, Estonia, Lithuania, Norway, Romania, Russia, Sweden, Turkey, and Ukraine. The group did not chart lower than no.10 at its peak. 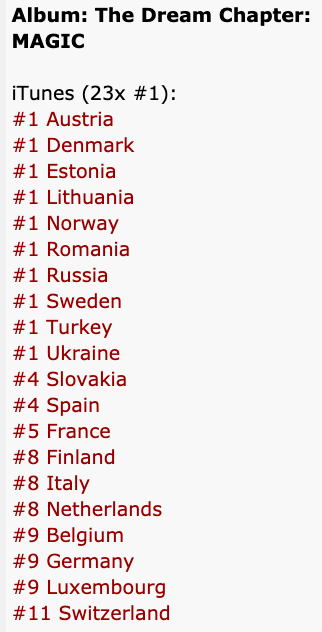 In the UK, the album missed out on the top spot but peaked at no.2.

As well as their iTunes success, their MV is the top trending YouTube video, reaching no.8 in the UK as of 21:00 BST.

Were you able to catch each comeback? You can check out each group’s MV below!
VAV – POISON
NU’EST – LOVE ME
TXT – 9와 4분의 3 승강장에서 너를 기다려 (RUN AWAY)
Congratulations to TXT, NU’EST, and VAV on their European success!
Share. Twitter Facebook Google+ Pinterest LinkedIn Tumblr Email
Previous Article[NEWS] Yoo Hwe Seung wins Immortal Songs with unforgettable cover of Queen’s “We are the Champions”
Next Article [NEWS] Sorn posts vlog of CLC’s trip to Russia