Trending
You are at:Home»Events»Concert»[COVERAGE] Holland – Invitation from Neverland in London

On Sunday 15th December, rising artist Holland took to the stage at ULC Live in London as part of several European dates in his Invitation from Neverland Tour organised by My Music Taste.

The rain did nothing to deter Harling’s as they wait eagerly outside the venue on a typical cold and wet December evening. Never before had I seen so many different colours of bright hair while fans filled the venue where several Pride and UK flags were waved in the air. Excited chatter and cheering rang through the air and even the staff working felt the energy in the room as they began to hype up the crowd and encourage the audience’s enthusiasm as we all waited for Holland to take the stage.

The lights began to dim, the crowd cheered in excitement, a wave of lights appear amongst the fans as they excitedly hold up their phones with steady hands to try and capture the moment as Holland walked onto the stage, donned in an angelic white flowing ensemble as he opened with Nar_C. This set the tone for the rest of the evening, the whole audience was dancing and feeling the energy from Holland’s addictive contagious smile and aura. 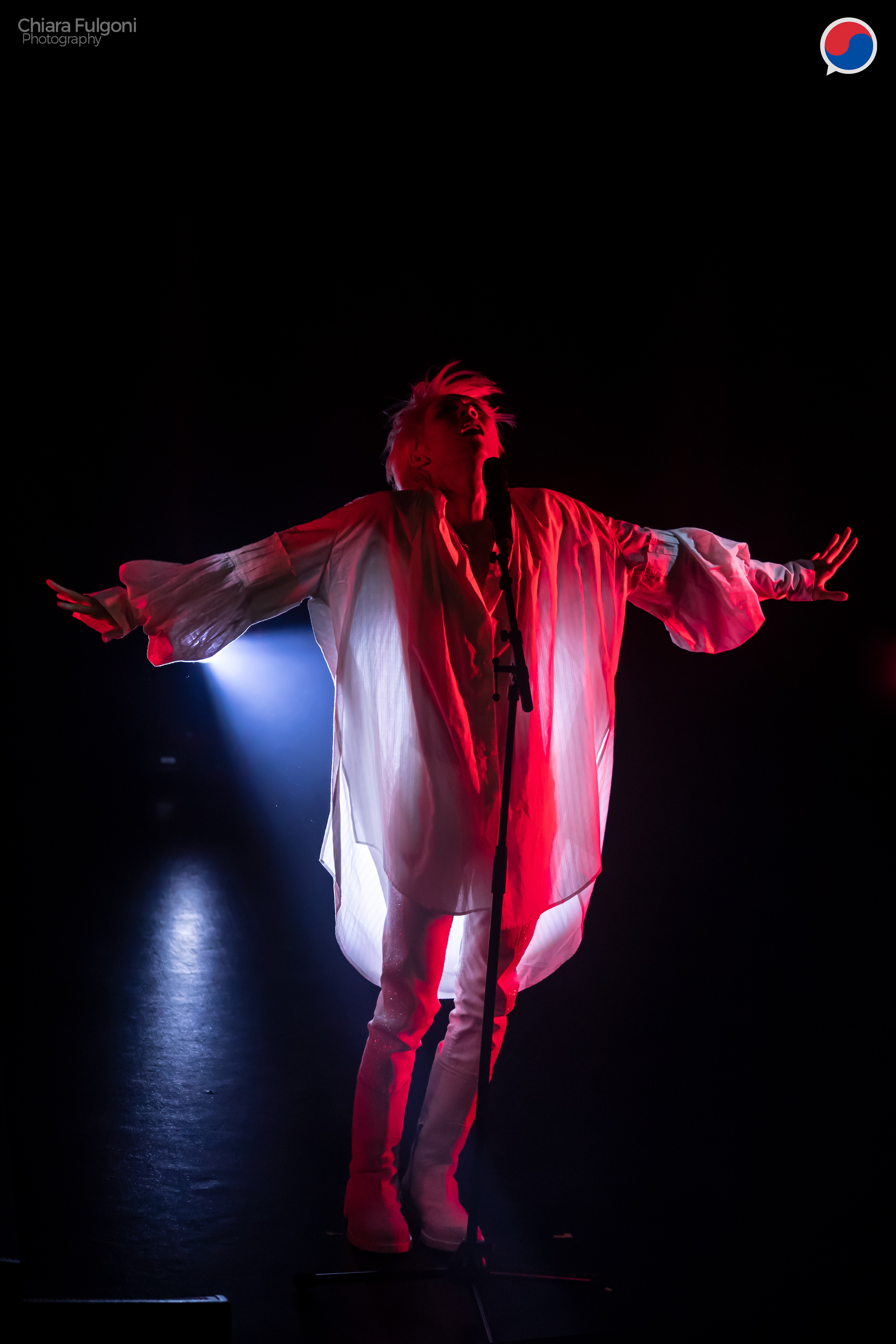 Holland led straight into Introductions and added a small Question time segment which emphasised the intimate and personal atmosphere of the whole concert – joking about how tall Londoners seem to him and commenting on how much he loves meeting Harling’s while on tour. During this segment a fan thanked Holland for being such an inspirational figure in the LGBTQ+ community and giving her the courage to come out and is now happy in a relationship – Holland was touched by this fans confession and later joked how he was still single but somehow helps other people in becoming a couple! This playful and touching moment really allowed the close bond Holland has with Harlings to shine bright, like the star to Neverland.

Holland then went on to introduce the next music segment, a cover song which he admitted to feeling nervous about covering as it’s one of his favourites but assured his Harling that he would try his best. Holland definitely commanded attention with his cover performance, showcasing his charisma and talent as he moved to play the Keyboard – as the first few notes of Ariana Grande’s ‘thank u, next’ began the audience screamed with excitement and enthusiastically sang along – notably gifting Holland some more confidence as the song progressed. 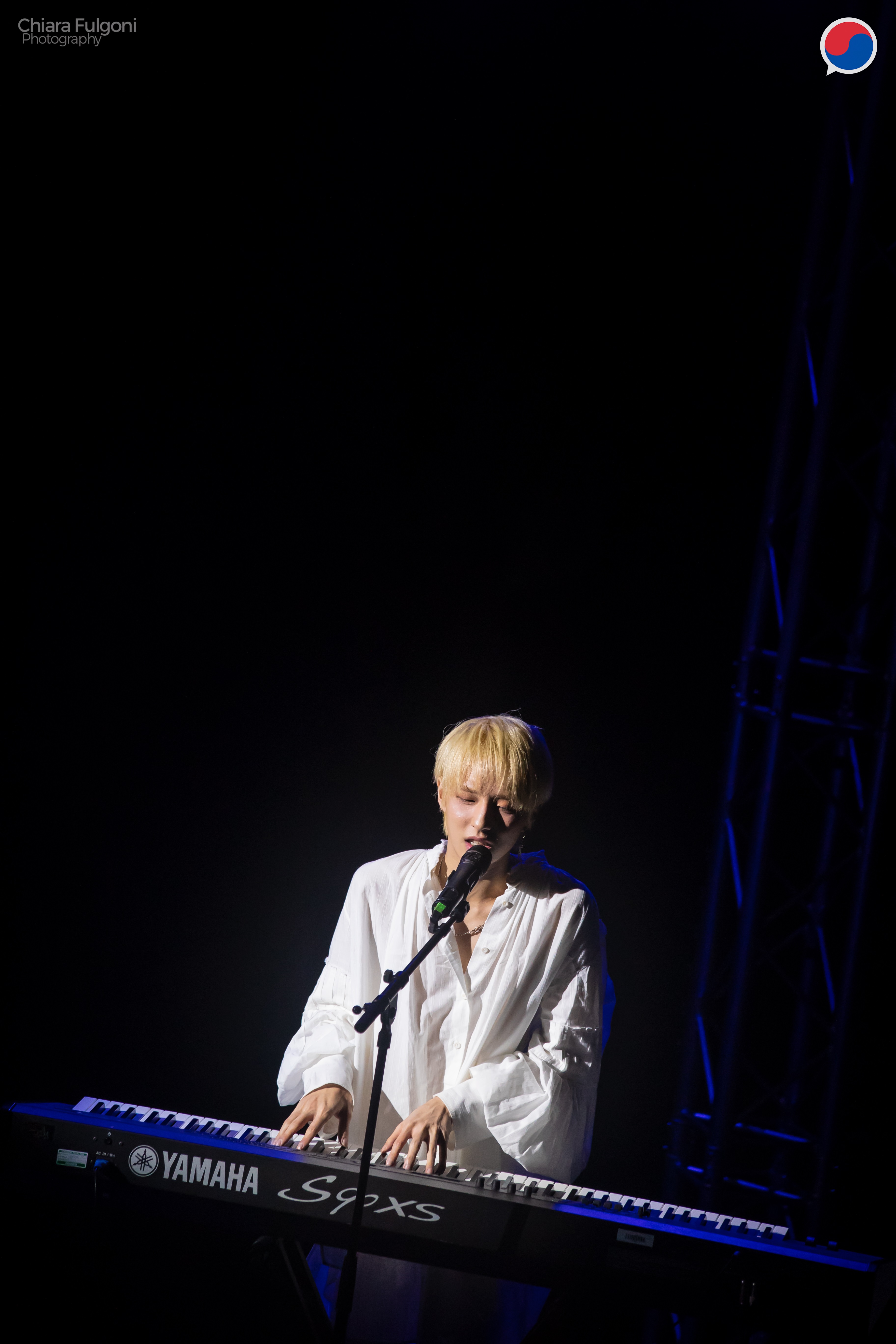 I’m So Afraid and I’m not Afraid were next on the set list, graced with a mesmerising performance from Holland, commanding the stage with his contemporary like movements and passionate vocals. Both lyrically meaningful songs balanced with a fun performance. It was especially moving hearing the whole crowd collectively and passionately singing the lyrics “I’m not afraid anymore” along with Holland.

After an outfit change into golden robes which although made him look like royalty, I must admit kept filling me with anxiety that he was going to trip over the attached string belt while dancing (thankfully no such thing happened!) Holland began the next section with his most recent release and what appears to already be a fan favourite; Loved you better. The only word I can think of to describe this performance was simply euphoric. The crowd went crazy while Holland moved around the stage in a graceful manner. Although his music holds such a deep meaningful message he radiates such a carefree and fun energy on stage while he effortlessly dances, feeling the music and showcasing his pure and innocent persona.

Once again breaking to talk with Harling’s; Ask from Neverland, a game created for Harling’s to get to know Holland even better while using their mobile phone flash to dictate their choice between two possible answers to win a gift from Holland. Although flittering between a translator and English to communicate with fans his frequent English was another step he used to connect with his fans in London. This and the intimacy of the smaller venue allowed Holland to see nearly every face in the crowd, making effort to look nearly every fan in the eye made the interactions feel incredibly genuine. The intimacy of the venue also made Holland feel closer and more attainable for interactions and for simple hand waves to actually be noticed and responded to which can feel rare in a larger venue when you feel more of an ant among thousands. Questions included; first floor or second floor of a double decker bus and Queen or The Beatles which led to a little homage to Queen’s performance at Wembley Stadium. During the mini game it was also revealed that Holland came to London recently in secret for his next project so please anticipate Harling! A playful outcry at one of Holland’s answers from the audience led to him changing his answer in a humours attempt to appease his Harling. To end the segment, the winner was invited on stage for multiple hugs and a Polaroid picture taken together which Holland gifted to the lucky fan. 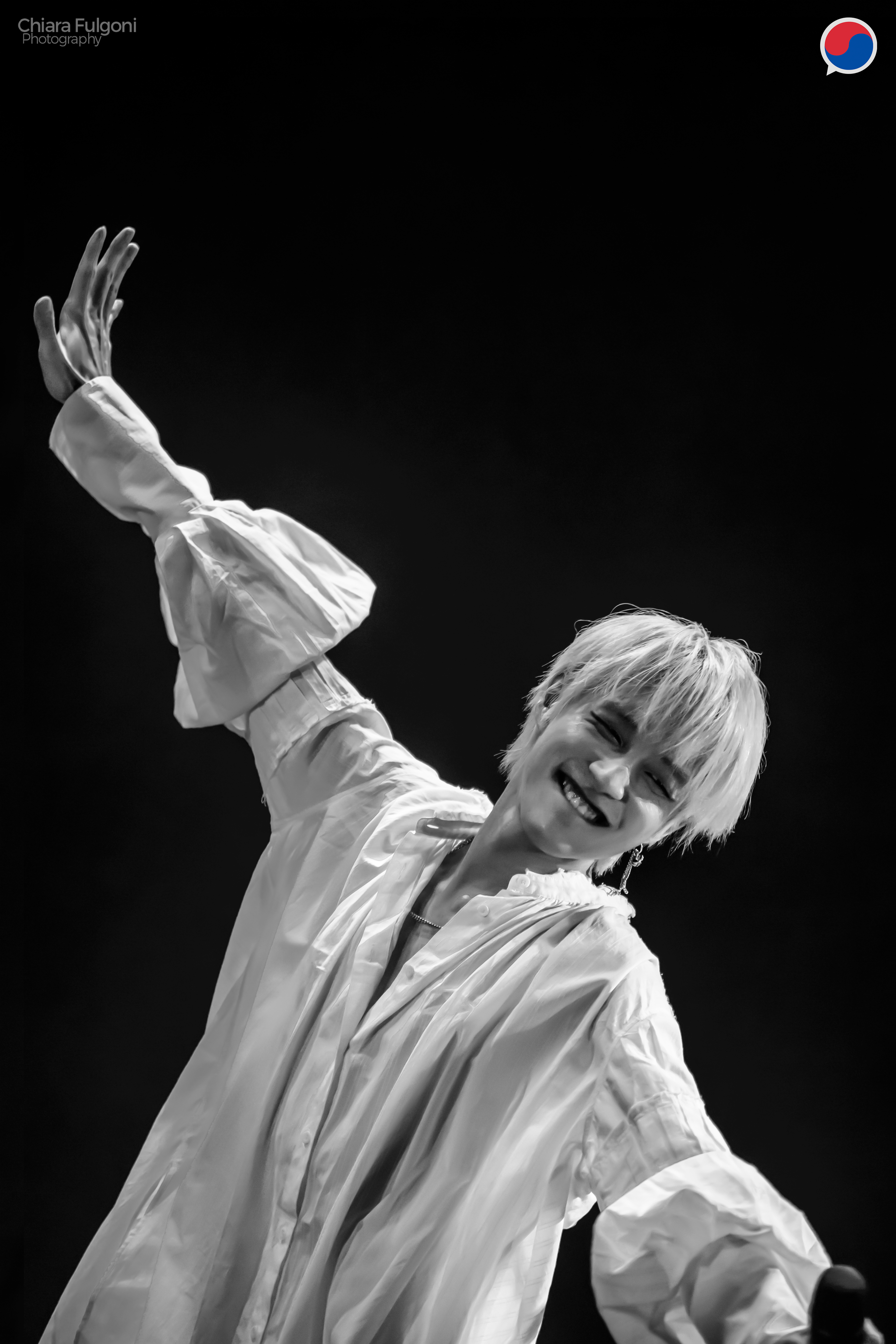 Holland’s musical catalogue is still expanding so while he has a limited number of original pieces under his name to perform he kept the audience amused and engaged with these charming segments which created such an intimate and personal atmosphere. I left learning little facts about Go Tae-seob the person and Holland the performer which isn’t something you can say after many Kpop concerts. Although a rather long music break, this segment was entertaining and personal as you left the concert feeling closer to Holland – I can’t say I knew he had a cat allergy before the concert but left in the evening with this knowledge all the same!

Next we hear the beginning notes of Neverland; roars of excitement fill the venue at the sound of Holland’s debut single which started this magical journey only for the technical issues begin! Holland handles the numerous technical issues playfully and amusingly leading to Holland changing things Up a bit. Harling’s did eventually get to hear Neverland but before that Up begins blasting through the speakers – one of the most energetic performances of the evening. The crowd began jumping and dancing along to the beat and obviously looked like they were having so much fun that Holland wanted to join them! It was a breath-taking view from my spot in the balcony watching Holland dance with his Harling’s in the crowd – forgetting about their possible hardships and stress while they all let loose and enjoyed themselves.

After this energetic performance the crowd were dizzy and radiating energy as they chanting began almost immediately for the encore. We didn’t have to wait long, while building us up for the encore a video was played, displaying words of gratitude and encouragement from Holland to his Harling. Touching words that felt personal and moving; “You’re my Universe” and reassuring Harling that “In our Universe we can see the light” which left me with a feeling at peace and giving me a wave of hopefulness. 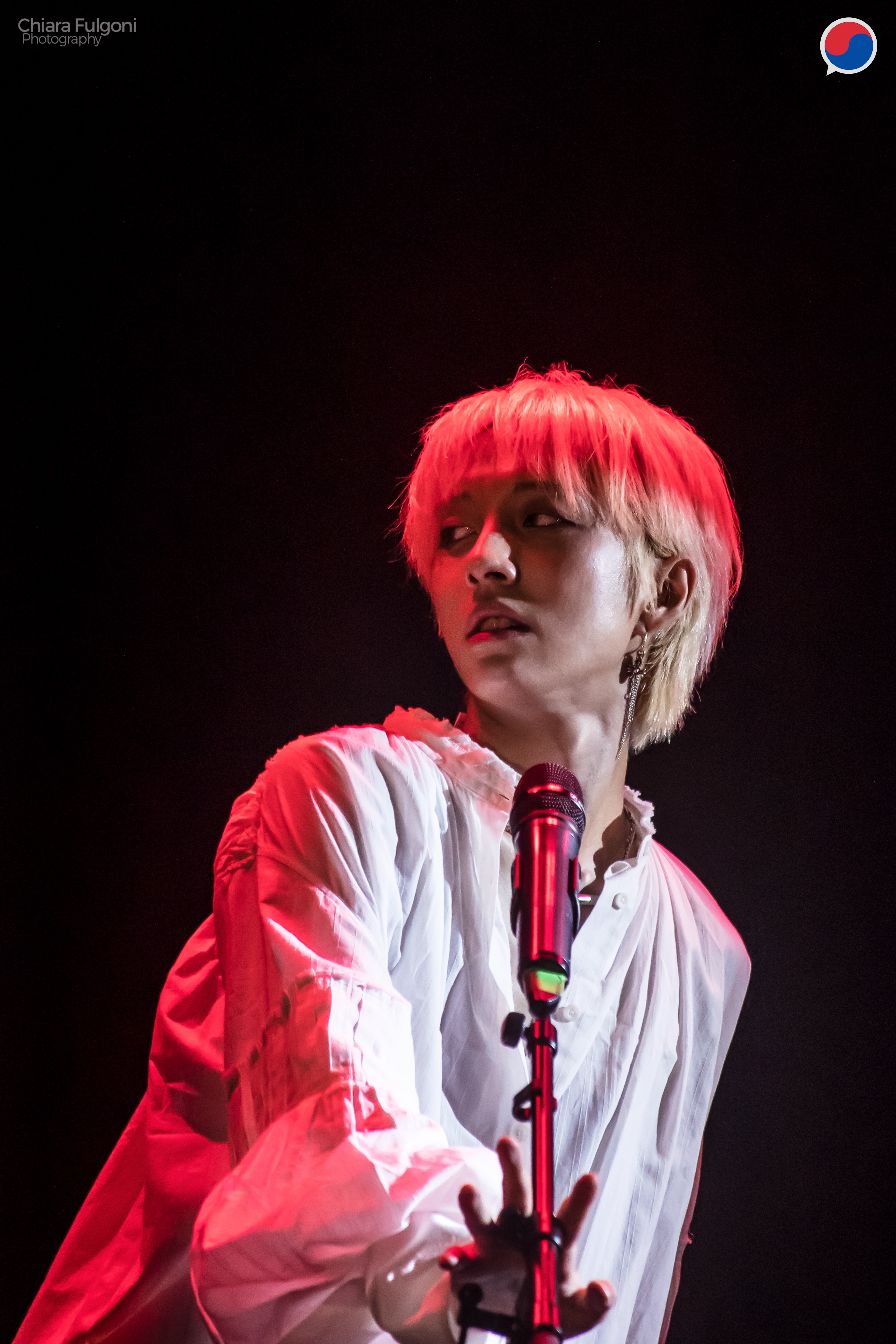 The encore performance consisted of rainbow lights while Holland danced with a Pride flag which was handed to him from a member of the audience, continuing the high energy of the whole concert right to his farewells. With promised to come back to London and Europe soon, the members of the audience were left feeling giddy with contagious smiles as the concert came to an end.

Thank you for taking us to Neverland Holland and making Harling’s dream a reality My Music Taste.

While Holland still has a long road ahead of him and has a lot to learn and craft as a performer he is still memorable and deserving. With his boundless enthusiasm and drive to continue forward, spreading positivity, tolerance and his unbreakable endurance it won’t be long, before we see Holland once again in London. Harlings here will continue to grow in numbers and undoubtedly welcome him back with eagerly open arms.

A huge thanks once again to My Music Taste for our Invitation from Neverland, and allowing Holland and Harling to shine brightly together across Europe!

“We are shining together. We will shine together” 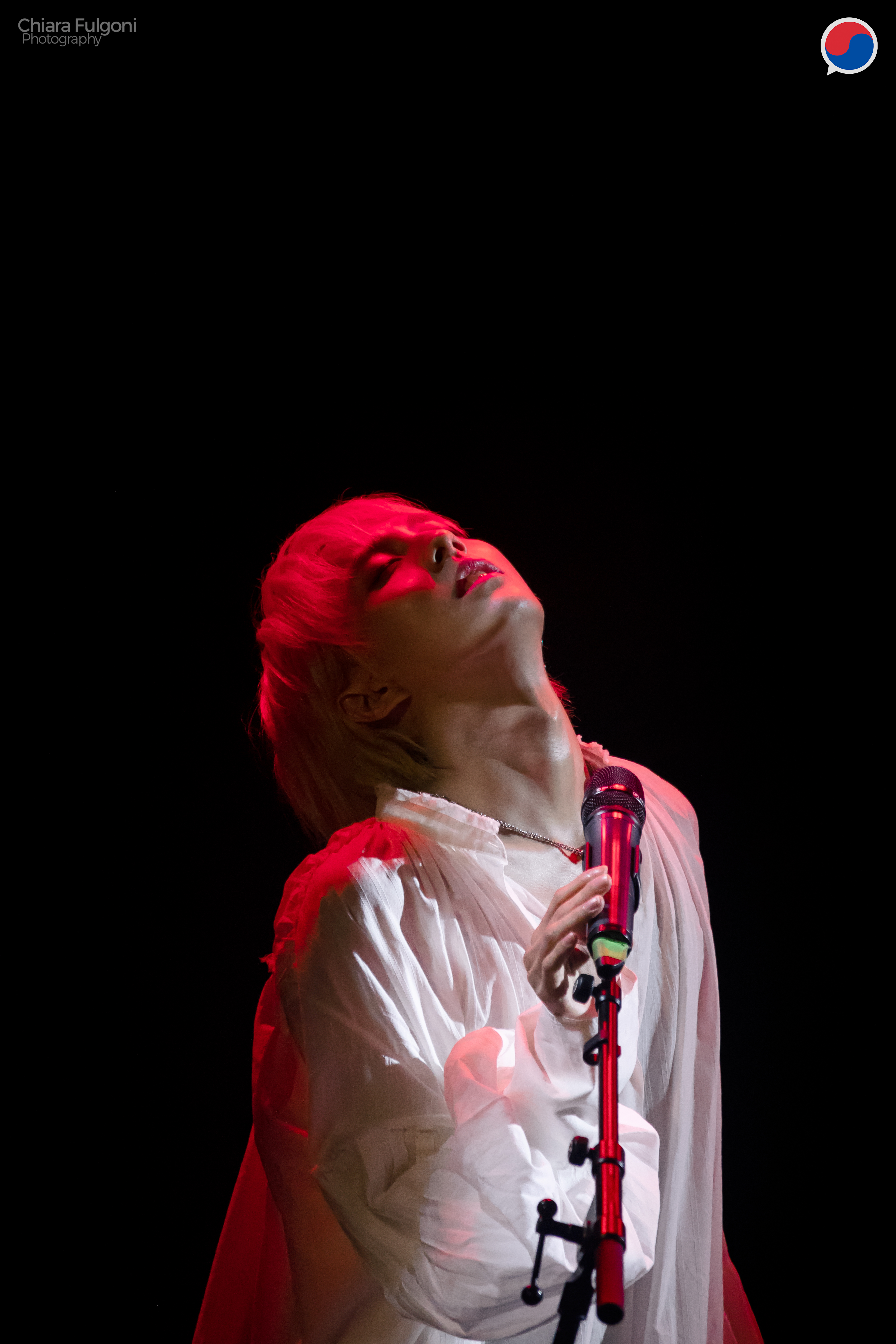 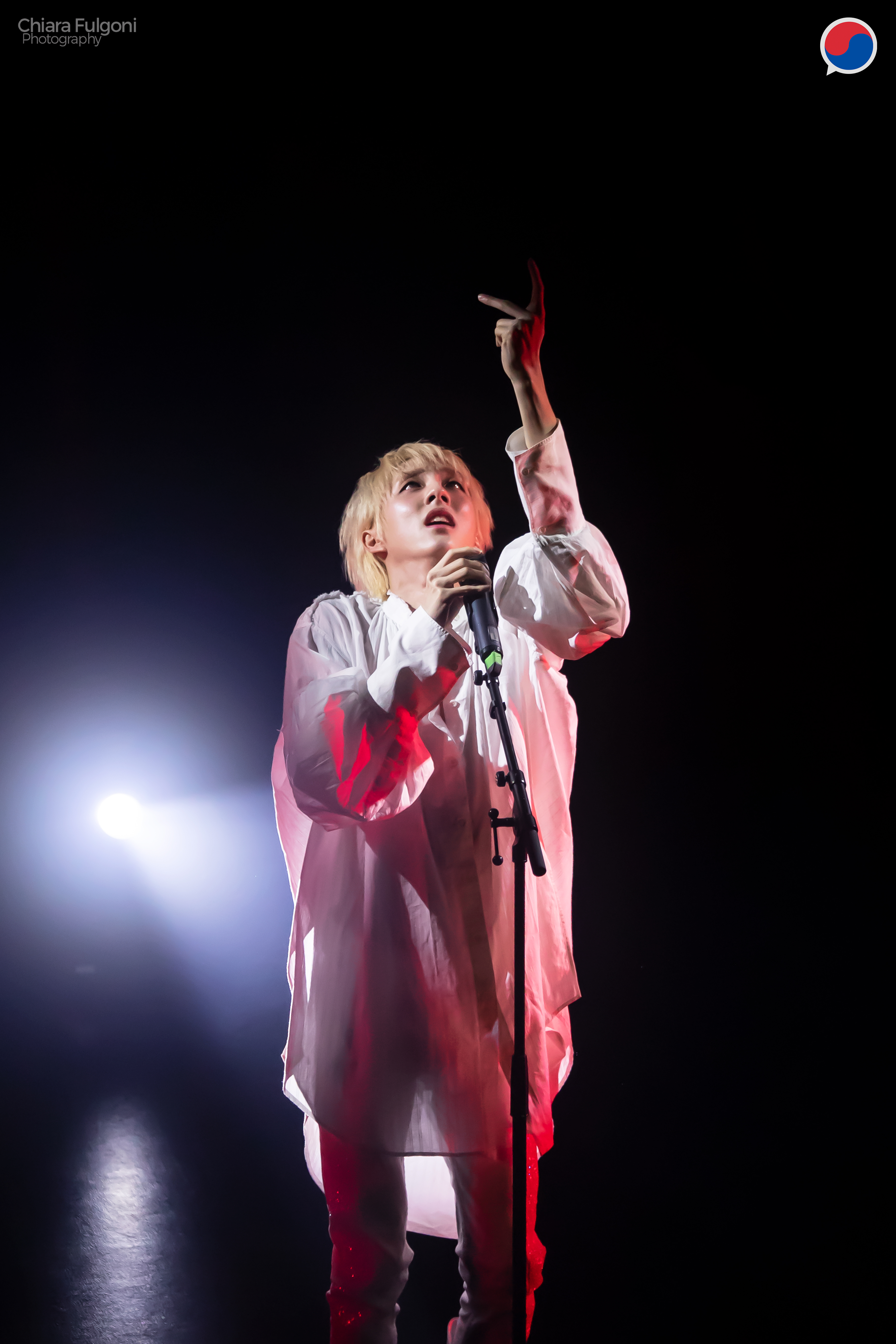