Trending
You are at:Home»Reviews»Album»[Album Review] NU’EST – The Nocturne 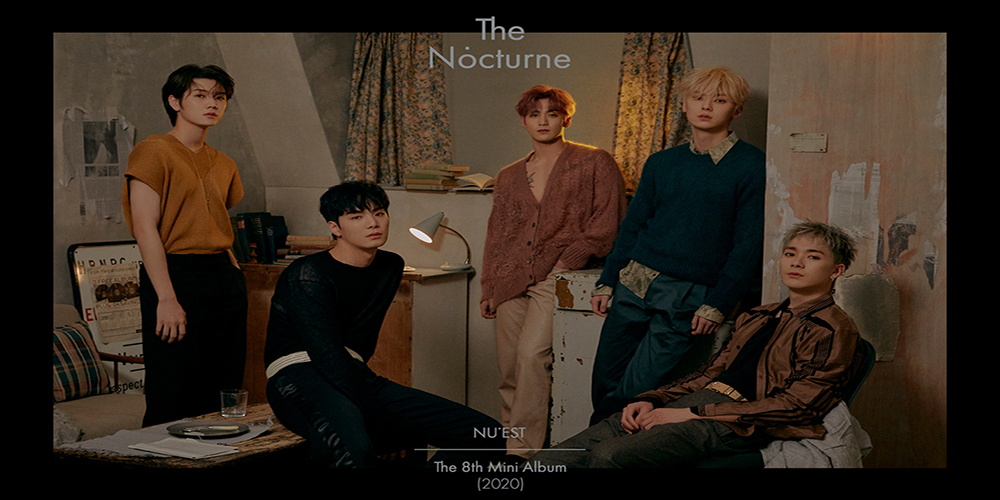 Boy group NU’EST is back with their eighth mini album, which dropped just a few days ago. The album shows a different, more mature side to the boys, delving into the thrill and fascination of nighttime.

‘The Nocturne’ is NU’EST’s first music release in almost a year after ‘The Table’. The new album marks a dramatic style change from a light and breezy sound into the R&B pop soundscape.

The album explores elements of the night, providing a new perspective on the love stories NU’EST has told so far in their discography.

The lead track “I’m in Trouble,” depicts the intense moment of (lovers) falling into each other. The song is sleek and classy, starting out with guitar strings, with more instruments contributing to a beat that continues the low deep tone which the song started off with. This song shows a different, more mature side of NU’EST, enabling them to exude a deadly charm.

“Moon Dance” is an atmospheric opener to the album. With the album dropping just before summer, the track makes the listener imagine a night on the beach with the cool sea air blowing in. It sets out a sweet and romantic tone for the rest of the album.

“Firework” is reminiscent of the spring night festival with a simple, layered hook and the group’s vocals blending together beautifully. The short refrain carries the track with a one-line hook that’s strong and memorable. It’s a new and unique style for Nu’est, all whilst still conforming to the era’s pop soundscape.

Another B-side, “Back to Me” has a similar vibe to “Firework” – it’s simple, but diverse in sound and tone, bringing out different elements of NU’EST’s charm. It’s an emotional song, with the boys really delivering a passionate performance, as well as allowing Aron’s vocals to shine.

However “Must” is a strong contender for the best track on the album. The vocals are raw and emotional, and make the listener feel the longing in their voices, as though a wound hasn’t healed fully. The fact that Ren wrote the song as a tribute to his grandfather’s passing makes the track even more poignant.

Finally “Shooting Star” wraps up the album with a more traditional K-Pop sound. This track is definitely a summer anthem with the bright and upbeat uptempo we’re used to hearing from NU’EST.