Trending
You are at:Home»Events»Concert»BIGBANG on ‘MTV World Stage’ to air in UK
Concert

BIGBANG on ‘MTV World Stage’ to air in UK 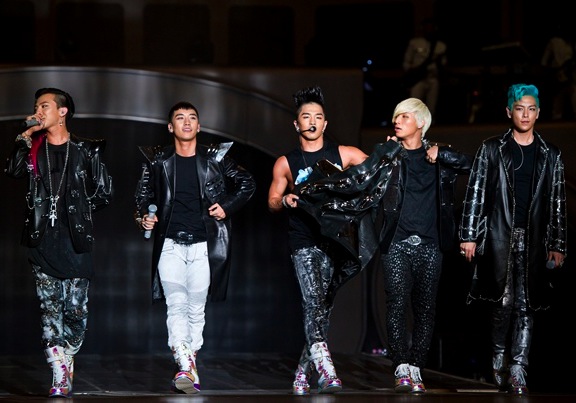 Before BIGBANG’s highly anticipated ‘Alive’ 2012 world tour truly kicks off, MTV will be airing ‘MTV World Stage’, a show which airs clips from live concerts of globally renowned artists. A clip from BEAST’s Malaysian tour has previously been featured.

More ‘Alive’ performances Alive and various interviews of the members previously broadcast through the Naver Music ‘YG On Air’ service will also air with the other clips.

BIGBANG are quickly becoming ‘world stars’ as following their feat at the MTV EMA last year, being the first Asian artists to win the World Act award, they are once more receiving the same honours as stars as big as Madonna and U2.

The world tour will launch in May in Japan with tickets available from Live Nation, the company who previously worked with Cube Entertainment for the United Cube concert in London in December of last year. YG Entertainment is yet to reveal the full tour list, and is expected to do so following the Japan concert.

Hopefully London will be on that list! Check back on the MTV schedule in a few weeks to see the exact broadcast date in the UK, as they only show broadcasts a week in advance.