Trending
You are at:Home»Reviews»Album»[Album Review] SISTAR ‘Give It To Me’
Album

[Album Review] SISTAR ‘Give It To Me’

Having recently come back with their show-stopping hit single, ‘Give It To Me’, SISTAR have enlisted the help of some more musicians to produce their latest album, also called ‘Give It To Me’. It feels like Alone and Loving U have been mixed together, combined with a dash of glitter, and the product was this album.

The album opens with popping electro track, Miss Sistar, vaguely reminiscent of a 70s cartoon theme tune but with much more gloss and glamour. Polished vocals from Hyorin accompany the smooth voices of Duble Sidekick and the lyrics are completely in English. This track is only an intro, though this does make it sound like the opening of a show! Give It To Me is the second song on the album, the song chosen for current promotions, though rather than loud, strong vocals it seems that the group opted for a more breathy sound for the most part. In this way, the climax of the chorus sounds more impressive because of the stark contrast between vocal techniques. The album continues with mellow tracks The Way You Make Me Melt, featuring Korean indie band, Geeks, and Bad Boy, with the strongest chorus coming from Bad Boy.

The albums picks up speed again with Summer Time, an uptempo song with a dance pop feel, followed by A Week and I’m sensing a pattern with this song and the two before Summer Time. It feels like A Week is a filler that could be dropped from the album; it isn’t as strong as its counterparts, The Way You Make Me Melt and Bad Boy.

If you were missing strong vocals earlier in the album, Crying will satisfy this craving. A melancholy ballad that fits well with the album’s sound, this song gives way for Hyorin and Soyu’s powerful voices during the chorus, but pulls back to more quiet, modest verses to accommodate Bora’s heartfelt rap and Dasom’s well-controlled tones. Hey You has a catchy, though lackluster chorus but makes up for it with a solid bridge (no pun intended!) and Bora

carrying the weight of the verses. However, it does hold its own enough to be considered more than just a filler. If U Want sounds like the love child of a slower tempo Miss Sistar mixed with The Way You Make Me Melt. The song offers the return of the electronic sounds of the keyboard along with the mellow, groove feel. Up And Down encapsulates the summer pop sound of last year’s Loving U,  with an opening line to its chorus that sounds suspiciously like G.NA’s ‘Oops’. By now we’re far from the sad tones of Crying but this is a good pick-me-up song and a happy end to an emotional (in parts) album! 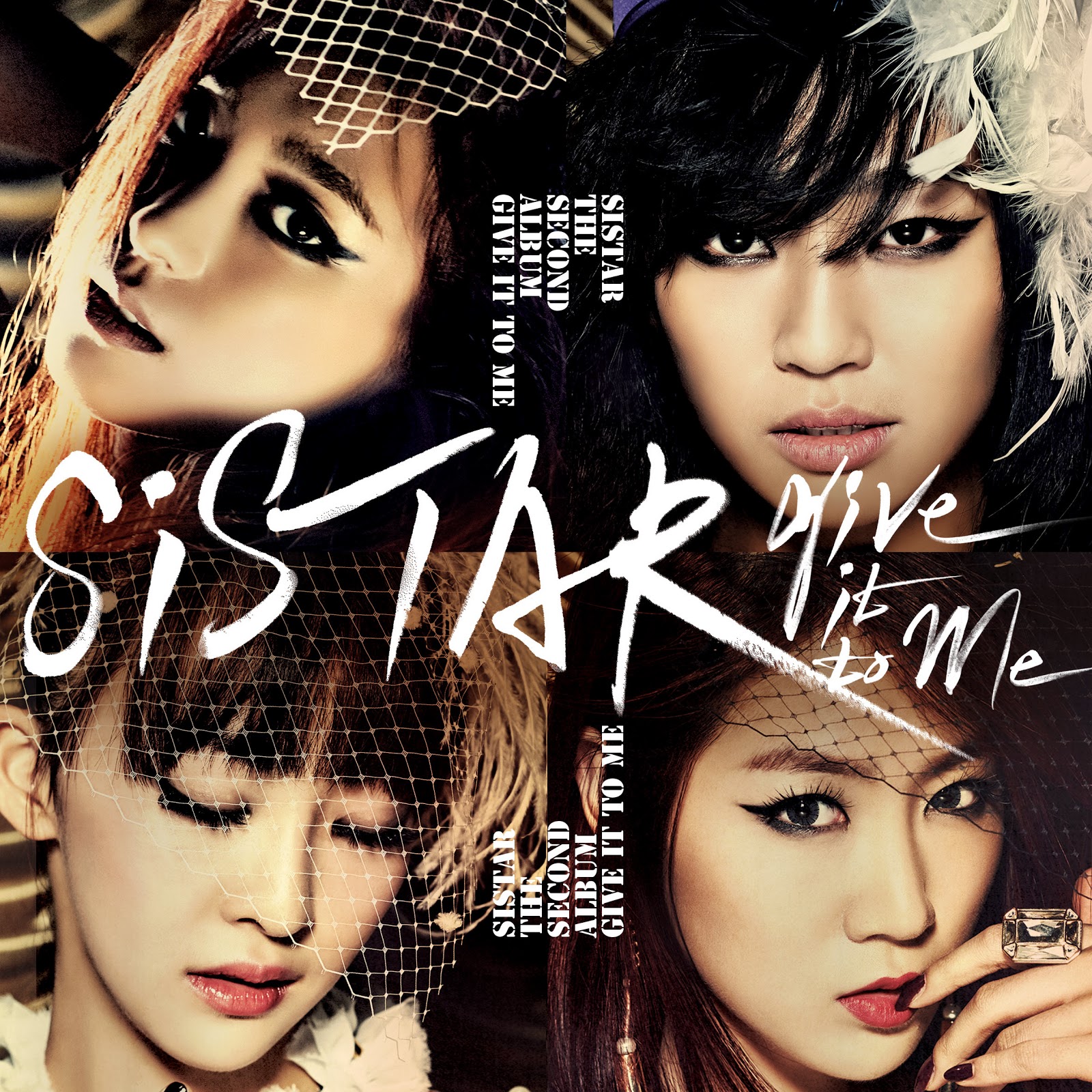 The album stands a chance at winning over the UK public because of its overall easy listening aura.  The misconception that Asian pop is all cutesy, bubblegum pop is challenged with ‘Give It To Me’ since the title track follows the more mature Moulin Rouge theme, and therefore has the potential appeal to the population here. It’s this mature sound, along with the easy listening, that would help this album fair well in the UK. ‘Give It To Me’ earns itself eight out of ten for UK potential.