Scandalous… Raunchy… Too sexy… Just some of the phrases frequently heard around the time of the debut of this troublesome sub-unit. The controversy caused by the dual-gender concept almost overshadowed a great song, so thank you for voting ‘Trouble Maker’ as the top option this week! Now we can look at the biggest heels competition between Hyunseung and Hyuna, and enjoy the great song, of course…

First of all – the use of guitars in this song; proof that instruments can compete with the overwhelming use of dubstep in K-pop these days! The funky guitar riff carries the song along with an air of mischief and the bass-line echoes this. Whistling is not often a component in K-pop songs but it works really well in ‘Trouble Maker’ alongside the percussion and guitars. It also makes for an atmospheric intro with the clicking. Hyunseung’s vocals seem to lead the song, with Hyuna taking on small rap parts and limited singing. Having proved she can sing with her latest album, perhaps she could have been given more chance to show off, but Hyunseung’s vocal talent was played upon the most in this song. 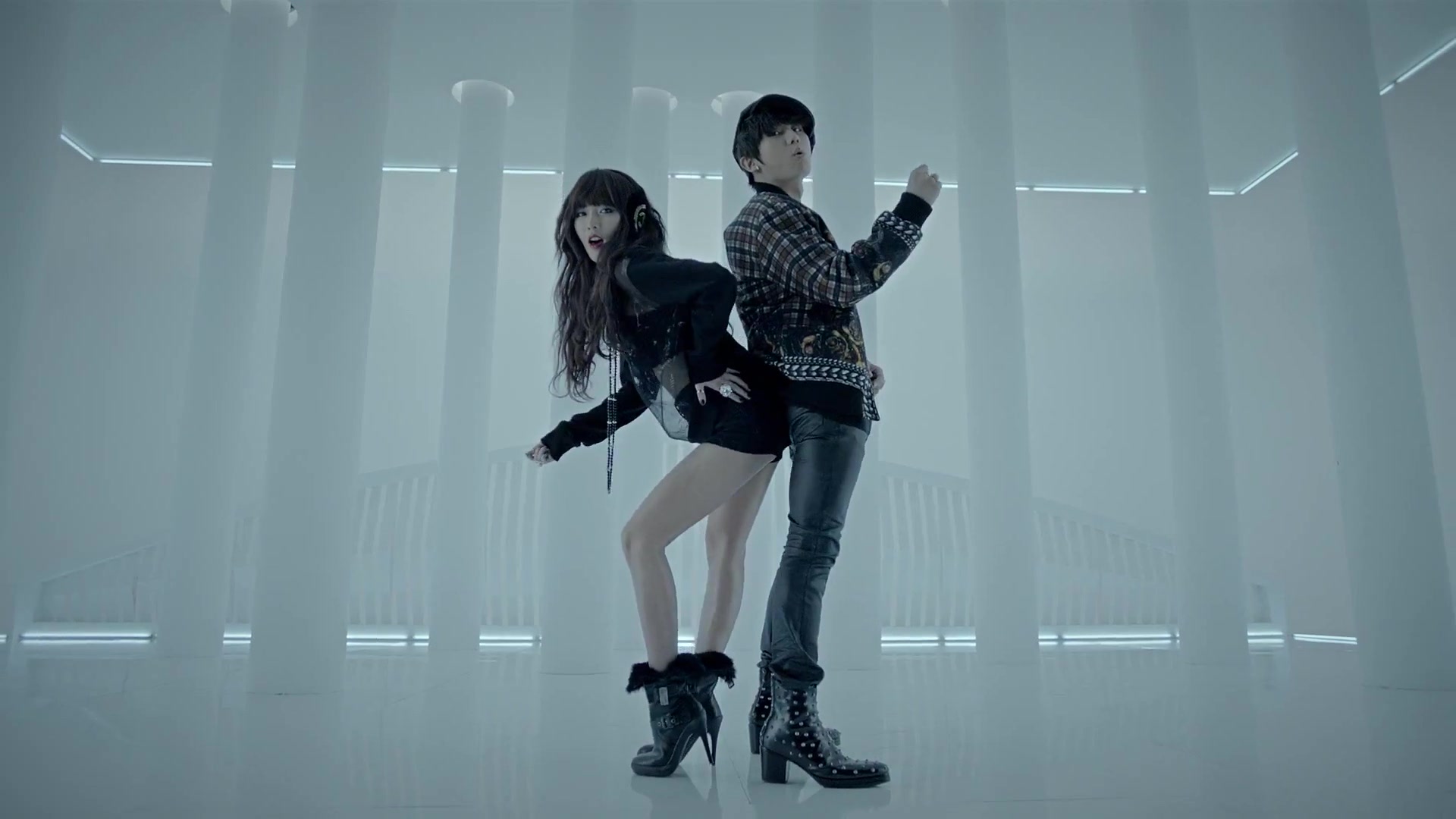 Though Hyuna may not shine vocally, her acting outshines Hyunseung’s in this video. The story offers all the elements of a true action movie; romance, scandal and violence. However, Hyunseung doesn’t seem that passionate or enthused at any point during the video. He looks blank for the most part. It has been said that Hyuna ‘over-compensated’ for Hyunseung’s lack of sex appeal but people have also said that the awkward chemistry between the two was charming.

As well as the concept being rather daring, a lot of the outfits in this video are, too (in both senses). Hyuna dons a number of short dresses and short shorts, while Hyunseung is seen wearing a jacket combining sequins on one half and snakeprint on the other. The short tassled dress that Hyuna wears is somewhat similar (though much shorter!) to the dresses sported by ‘flappers’ in the 20s. Rebellious, daring and oh so scandalous, Flappers were young women who liked to party, drink and dance. Was this a reference to their edginess, hidden within the concept?

Check out the music video below!

Vote here for next week’s video!

Was Trouble Maker just too sexy? And what did you make of the chemistry between Hyunseung and Hyuna? Let us know in the comments!