Today Alternate Listening Tuesday features a producer whose name you may only have heard of dependant on having listened to artists on the BrandNew Music roster, ASSBRASS. Even if you haven’t heard of him if you are a fan of any of the label’s artists you will probably have heard his works.

ASSBRASS, who is rarely credited under his real name Kwon-Eek Jeong, has recently worked on hits such as: San E’s Break Up Dinner; Verbal Jint’s If It Ain’t Love; Swing’s Would You? featuring Seo In Guk; and the much talked about Attraction (BrandNew Remix) performed by San E, Verbal Jint and Bumkey, one of the most talked about stages at SBS Gayo Daejun.

His work isn’t however limited to BrandNew Music. He has also worked with: Starship’s SISTAR; CAN&J’s F.Cuz of whom member LeeU was trained by one of last week’s ALT artists BeatBurger; Block B when under Stardom; and regularly works with JellyFish’s Seo In Guk; and Ameoba Culture’s Dynamic Duo and Rhythm Power.

He’s also created music for ads such as the Korean viral for Beats By Dr.Dre; the Life On campaign by DAUM; and award winning Men’s lifestyle brand Swagger.

This session shows us ASSBRASS at work in his studio, LIFEISGOOD Studio, at BrandNew Music.

In the video we see the producer create beats using items such as a Native Instruments MASCHINE 2 rhythm machine; an Ableton Push, the first Midi Controller of its kind to fully utilise scales and melody (a similar style of production tool to the one Coach is using in his SHINee Remix video); playing a Roland Fantom X7 keyboard; and using the production software ProTools10. 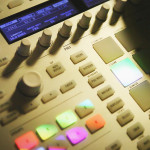 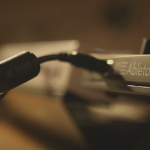 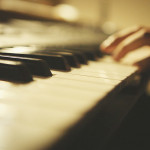 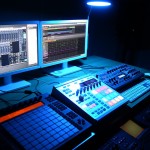 With BrandNew Music set to debut their R&B Hiphop unit TROY, led by Bumkey, imminently, and the much awaited second half of Verbal Jint’s 10 Years Of Misinterpretation due this year we’re sure to be hearing many more tracks bearing the influence of ASSBRASS.

Do you have a favourite track ASSBRASS has worked on? Or maybe a favourite from his labelmates at BrandNew Music?