Shim Jae Won, a member of Eagle Five before Black Beat, is still with SM Entertainment as a choreographer and performance director. In his time with the company he has featured in mvs such as H.O.T’s We Are The Future (thief), TVXQ’s Keep Your Head Down (blond), and BoA’s Only One (glasses & ponytail). He is also behind the choreography for tracks such as Into the New World for Girls’ Generation, Lucifer for SHINee alongside Rino Nakasone, and even directed the Wonder Boy music video for Super Junior.

Hwang Sang Hoon (Gregory S. Hwang), with hip hop group Honey Family before Black Beat, too remains with SM Entertainment as a choreographer. In his career he has trained the likes of Lee Seung Hyun, the son of popular trot singer Sul Woon Do, who would later debut as LeeU in F.Cuz with Can&J Ent. Gregory too has featured in a number of SM mvs also, such as Shinhwa’s All Your Dreams, and BoA’s Sara. 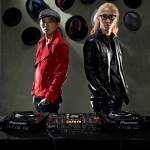 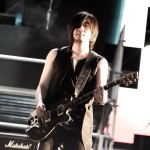 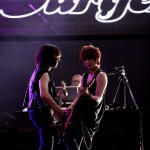 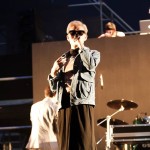 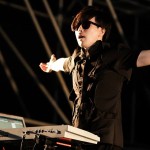 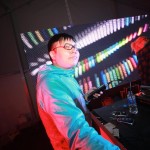 You will find BeatBurger all over the Kpop world. They create SMTown remixes and mashups.

As Jae Won is SM’s performance director, they even create pieces for special performances, such as EXO Kai’s Rise Of The Machine piece from the 2013 MAMA’s.

Though it is not just the kpop world these SM Entertainment veterans work in. BeatBurger are blowing up the DJ world, performing regularly at clubs and festivals, such as the World DJ Festival, Ultra Music Festival and Smirnoff District Parties, one of the biggest hosts of hip hop and DJ club nights in Seoul.

In the past two weeks BeatBurger have added three of their extensive sets to their SoundCloud account, one produced for the Ultra Music Festival.

The mix includes a large selection of tracks, remixed and produced as a near two hour set. Samples include: Krewella’s Come & Get It; A$AP Rocky’s Wild For The Night; Usher’s Scream; will.i.am featuring Britney Spears with Scream and Shout; Korn’s collaboration with Skrillex and Kill The Noise, Narcissistic Cannibal; Daft Punk’s Get Lucky and Technologic; Breathe by The Prodigy; BT’s The Force of Gravity; and even Jet by f(x).

You don’t have to be an SMTown fan to like BeatBurger,  though if you are you may well find something you like here.

Do you like BeatBurger? Do you have a favourite piece by the team, or any of the members in their other lines of work?