Trending
You are at:Home»News»[Trending] Idols pay tribute to David Bowie

This morning it was announced that David Bowie passed away peacefully, his family at his side, after a secret eighteen month battle with cancer. This comes just three days after releasing Blackstar, the twenty-fifth studio album from the artist, and an album that tells of Bowie’s eventual death, it is a beautiful swan song, and a fitting parting gift from David Bowie.

David Bowie’s musical legacy is vast and impressive, and he is an icon that will never be forgotten. Bowie didn’t just create music. He created art.
His influence on Kpop might not always be completely obvious, but (to me at least) Bowie is undeniably the Godfather of Korean Pop.
Bowie spent over four decades as a prominent figure in popular music. His androgynous appearance, and obscure characterisations during the 70s and 80s cemented Bowie as one of this generations musical innovators.

It is this spirit that runs through Kpop. The fashion-led pop; the constant reinventions; the utilisation of androgyny; music that spans genres but retains its addictive pop nature – Bowie is ever present in Kpop, and this isn’t about to end.
So it’s unsurprising so many of Korea’s celebrities have paid homage to David Bowie today. Tributes have been posted by many who admired Bowie, Including T.O.P, G Dragon, Bang Yongguk, No Minwoo, and Min. From simple ‘Rest in Peace’ messages, to heartfelt tales of Bowie’s impact on their lives, each of the tributes strikes a chord, and emphasises the reality of this loss on the entertainment industry, and the world. 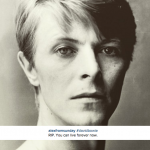 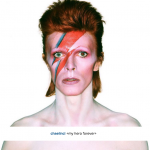 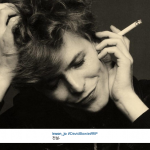 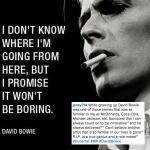 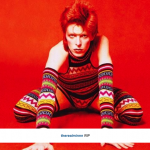 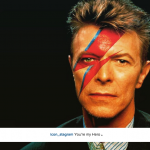 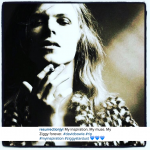 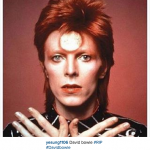 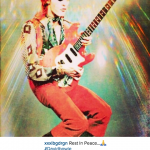 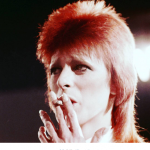 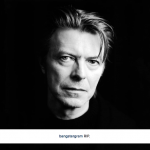 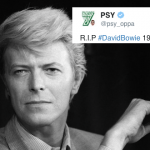 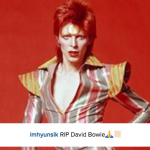 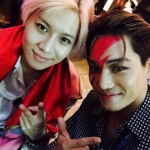 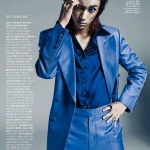 David Bowie’s contribution to music will never be forgotten, and will live on in so many other artists, including many in Korea.

In the words of astronaut Chris Hadfield:
Ashes to ashes, dust to stardust. Your brilliance inspired us all. Goodbye Starman