Trending
You are at:Home»News»Europe»[News] VAV chart internationally on K-pop iTunes with Senorita

VAV released a remake of Kay One’s Senorita last week and it’s proving to be quite successful!

The song has entered the top 100 of eleven international iTunes charts in the K-pop genre. This includes the UK, Spain, Mexico and even Australia. It has even peaked at third in Germany. 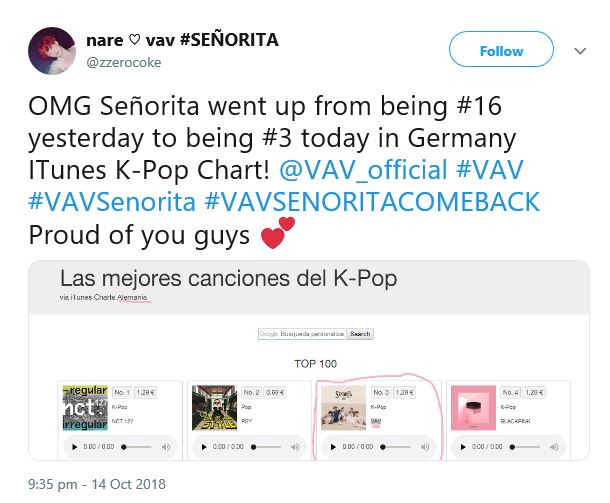 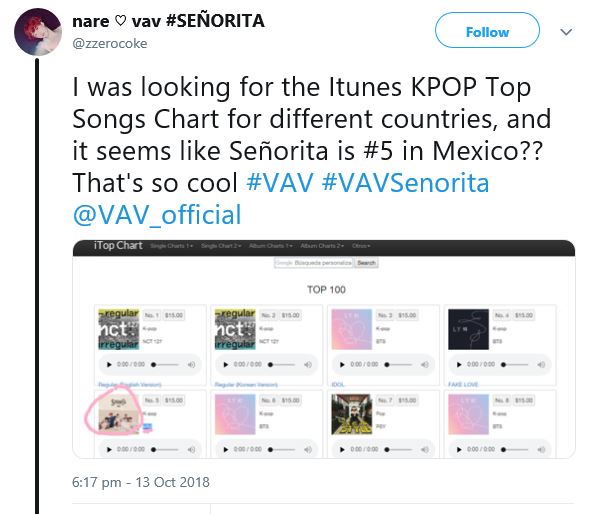 As well as this, the group have also entered the US iTunes K-pop chart – a massive achievement! 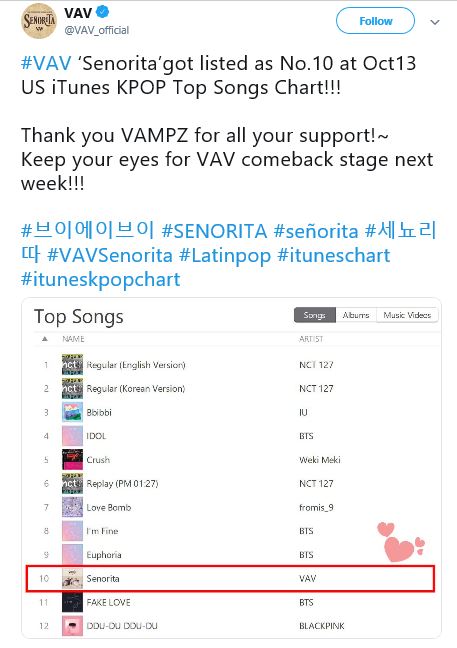 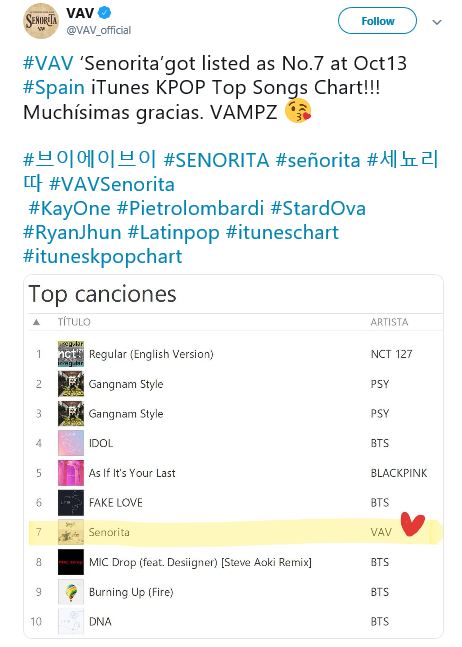 VAV are a seven member group from A Team Entertainment, consisting of St.Van, Jacob, Baron, Lou, ACE, Ayno and Ziu. Their comeback, Senorita, is a unique blend of Latin pop and K-pop made by the song’s original producer, Stard Ova, and K-pop producer, Ryan Jhun. The music video was released last Wednesday and has almost reached 7 million views already – a first for the group! Check it out below!

What do you think of VAV’s new song?