By Samera Iqbal on January 25, 2019 0 Comments
Lee Sora’s collaboration with BTS’ Suga has topped iTunes Charts around the world!
‘Song Request’ has entered the top ten of 64 countries, 51 of which at no.1. This includes multiple European countries, including Finland, Norway, Lithuania and Poland. 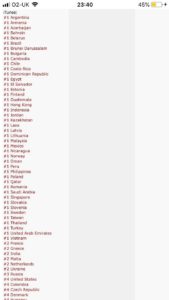 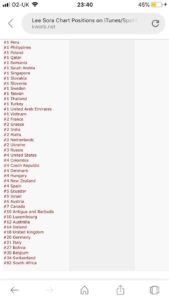 As well as this, the song reached no.18 in the UK iTunes’ Singles Chart.

Although Suga’s popularity is said to be the reason for the song’s success, it is no doubt a huge achievement for Lee Sora. She has now set a new record for a Korean female solo artist with her iTunes Chart success.
‘Song Request’ is a sentimental track and features lyrics that express the emotions of turning on the radio when lonely. Epik High’s Tablo and DEE.P composed the song, and lyrics were written by Tablo and Suga. This is Suga’s first solo feature since BTS’ debut in 2013.
Check out the song below!

Congratulations to Lee Sora on her success!