Trending
You are at:Home»News»Europe»[NEWS] ITZY rank on iTunes

It’s only been a few days since new JYP girl group ITZY released their debut MV and single ‘DALLA DALLA’ and they’re already storming charts across the world.

ITZY broke records earlier in the week by becoming the Kpop group debut MV with the most YouTube views in 24 hours. The previous record for this was set by IZ*ONE who garnered 4,559,202 views for ‘La Vie En Rose’. ITZY almost tripled that by reaching 13,933,725 views!

It’s no surprise that, with that many views, ITZY have climbed European charts since their single album was released on Tuesday.

The single reached #1 in Cyprus and #2 in Hungary. It also charted in Norway, Poland, Ireland, Turkey and Belgium. It reached #45 on the UK iTunes chart. 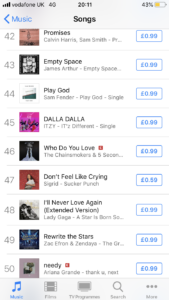 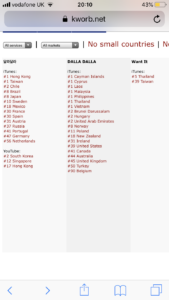