Cult of Ya have announced Jay Park’s Sexy4Eva World Tour in London, Berlin and Amsterdam. 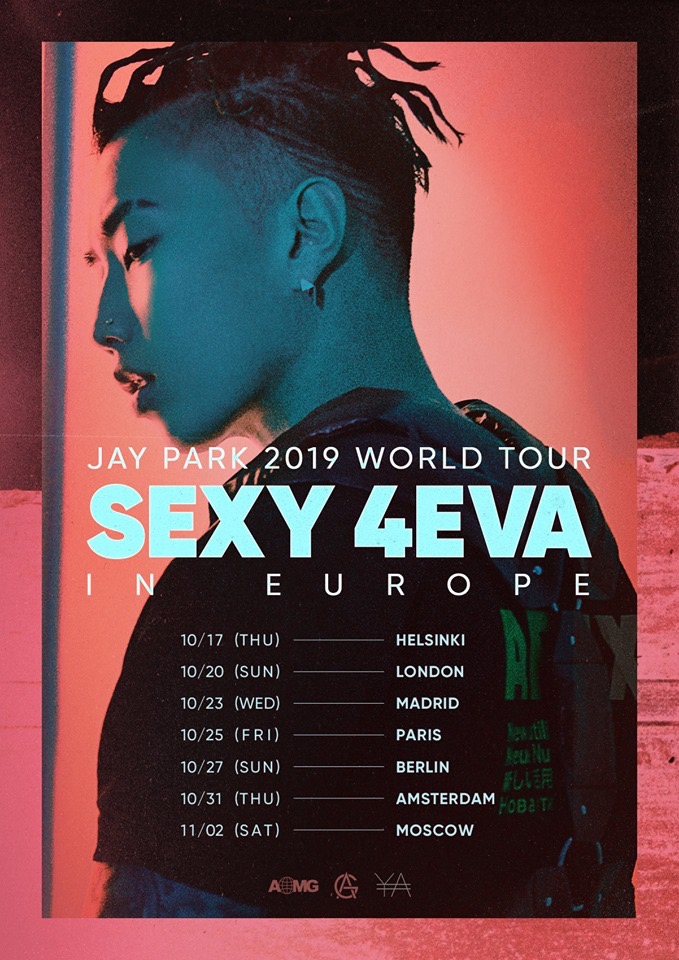 Tickets for the three Cult of Ya shows will go on sat at 11am BST via CULTOFYA.COM
–
The Moscow and Helsinki are being promoted by My Music Taste, who have stated more information will be released soon.