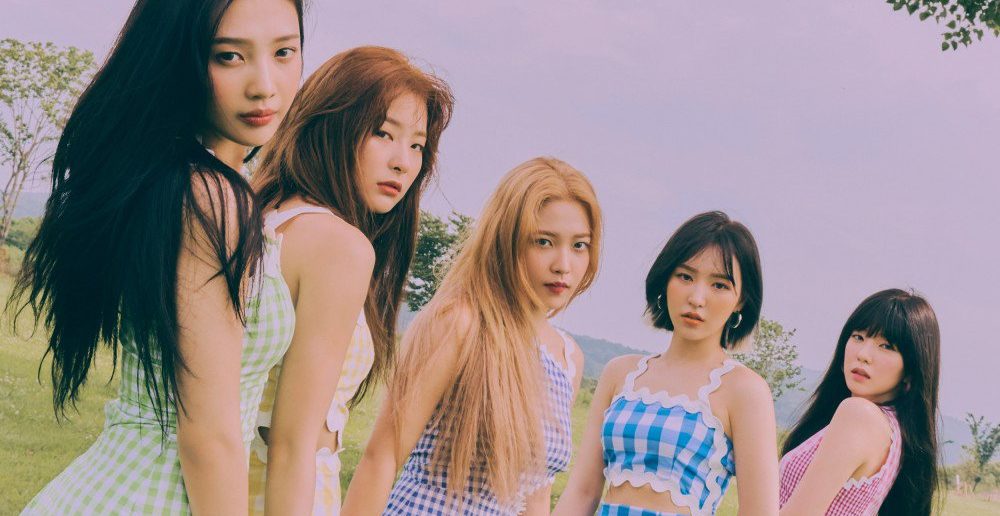 Red Velvet are back again serving us up the second part of their ‘ReVe Festival‘; a three-part extravaganza for 2019. Given that the group are focusing on three comebacks all relatively close together, it would be fair to worry about some of the tracks sounding rushed. Thankfully, all worries can be set aside. Whilst ‘Zimzalabim’ split listeners in two as much as Marmite does, lead single ‘Umpah Umpah’ goes for a safer approach, instead of relying on the addictive, slightly quirky yet polished sound that some of Red Velvet’s less experimental songs are known for. This carries over for all six tracks on the mini album, making a great addition to the first entry in the series.

‘Umpah Umpah’ sets the tone for this nicely. It’s an upbeat, light-hearted track, sticking with a familiar structure. Lucky, it doesn’t suffer for this at all. Whilst some may disagree, arguing that the strange combinations of genres and tempos in some of the group’s songs is what gives them their charm, it is nice to hear the girls get to perform a catchy song that simply follows it’s own rhythm. There is the funky rhythm guitar of the versus, the nice background vocals on the pre-chorus, and uplifting melody of the chorus to keep us interested. It doesn’t need to do any more than that. Though of course, post-chorus, there is the “Umpah Umpah” refrain that recalls the “Red Flavour” of the past release, that small, weird addition that fits into the sound that Red Velvet have claimed as theirs. Rounding it all off with only a small amount of talk-singing and rapping makes the song an overall cohesive piece of sugary pop, and the girls pull it off brilliantly.

‘Carpool‘ follows this same theme. In fact, it could almost be an extension to ‘Umpah Umpah,’ being in the same key and sharing similar instrumentation. The chorus could perhaps do with more of a hook to make it stand out from the verses, as the only variation in pace comes from the bridge and the chorus that follows it, slowing down a little. The track also ends with fireworks, something that actually doesn’t sound out of place. It may be quite late in the year to release a summer album, but that is exactly what this feels like with its easy-breezy tone.

A little change of style comes with ‘Love is the Way.‘ Utilizing the retro 60’s sound that’s appeared in Kpop before with the likes of SNSD’s ‘Lion Heart,’ this song is toe-tapping and easy to listen to. The brass used throughout really leans into the sound it’s going for, along with the male voices that sing an English line. The rap section in the middle of the song also fits in surprisingly well. These contrasts between rap and retro songs don’t always work, but here it’s perhaps one of the most striking parts of the song. It ends with an “Oh” chant in the background of the final chorus, an addition that lifts the entire song and becomes something you will instantly find yourself humming along to.

‘Jumpin” picks up a little of the R’nB sound that Red Velvet has been known to pull off well in the past, then combines it with Disney-esque peppiness and charm. It’s almost impossible not to move to this track. The beat is strong, yet not overwhelming, and drops out just enough in the chorus to keep the tempo but add some interest. Once again, there’s some great guitar layered in here too, which really gives a different depth to the sound. The low synth in the chorus also helps with this. It’s the most individual of the tracks thus far on the album but doesn’t stray too far from the sound that’s already been established.

Calming it down a little for ‘Ladies Night’, the girl’s strong vocals are backed up by a strong brass section and synth strings too. If anything, this almost evokes a 70’s feel to the song, with the clarity of all these pieces keeping the track modern. It’s once again straightforward in structure, which perhaps at this point Red Velvet needs. These songs allow them a chance for their voices and harmonies to shine, no startling changes in genre distracting from the main event. It also winds the album down to the last track, proving perfect placement for listening to the album as it’s own entity.

‘Eyes Locked, Hands Locked‘ is the slowest track of the album but is by no means a ballad. The percussion is crisp and satisfy and the girls’ harmonies in the chorus are gorgeous. You can’t help yet be reminded of the group’s “velvet” side listening to this track. And it proves just how well this suits them. It shines as a track on this album for that very reason, providing the perfect counterpoint to round out the rest of the breezy, pop sounds. As a way to finish the album, it leaves a great impression, especially with the outro of their voices all combined.

The ReVe Festival: Day 2 is another solid entry to Red Velvet’s discography. It cements their place as some of the most polished, well-rounded artists in the Kpop scene today, yet also retains their identity. Whilst some of the tracks could do with a little more creativity, what they have here is excellently produced and performed. Setting the stage for Day 3, it makes us truly excited for what they have to showcase next!