Trending
You are at:Home»Original Content»Editorials»[OP-ED] Can idols ever win? Double standards in Kpop

[OP-ED] Can idols ever win? Double standards in Kpop

In Kpop, when we hear the term ‘double standards’ most fans minds wander to banned dance routines and the difference in treatment between male and female idols. There are numerous examples that not only showcasing sexism in Kpop but also other factors that emphasise how idols just can’t seem to win; either through our conflicting and unattainable expectations or through our harsh criticisms and demands.

I fully support women embracing their sexuality and bodies, idols such as Hyuna, Hyrion and Hwasa perform confidently and look comfortable and natural during their sexy concept stages. The way they carry themselves makes it more enjoyable to watch, whereas many girl groups who take on the sexy concept look far from comfortable performing their overly suggestive stages. They are often limited by their short skirts and high heels to a more ‘feminine’ choreography with simple, delicate dances with provocative movements in contrast to the usually strong boy group choreographies with intricate and strenuous routines. But girl groups can dance as energetic and powerfully; we have seen this countless times when they will often cover dances usually performed by boy groups. So why is it that girl groups get stuck with the same simplistic ‘cutesy’ or overly sexy concepts? If the idol group are happy with the concept and feel comfortable performing the routine then it’s not an issue, but when you hear idols such as STELLAR’s Gayoung opening up about how their agency pressured them into doing sexy concepts, and the group were often not aware of how provocative their music videos would be. Gayoung would see their live performances as ‘acting’ as it was a far cry from their regular personalities which was often quite innocent during interviews. Idols should have more artistic input for their comebacks so they can perform a style that not only suits them but makes them feel more comfortable and natural. 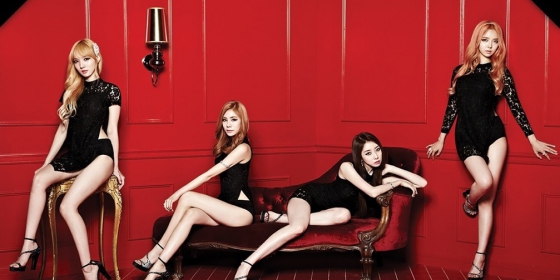 A common occurrence that upsets many girl group fans is the topic of ‘Banned dances’. Usually if a group’s choreography is too explicit, certain dances will get banned from performing live on comeback stages. The choreographies will then be altered so they can be performed. An example of this would be VIXX’s Voodoo Doll, where a specific part in the dance which shows the members stabbing themselves was deemed too graphic to be performed live so a small alteration to the choreography was made. However, when a boy group performs a more sexy routine live it very rarely gets censored, but when a girl group performs a sexy concept it is usually banned from broadcasts. What highlights the argument of double standards with live performances is when the same dance move is performed by a boy group and a girl group but only the female idols routine gets altered whereas the male idols often will not. This is stressed in this video showcasing a number of banned dances and similar dances being unchanged. The video includes dances such as Rainbow – A and BTS – Bulletproof which both include the members lifting their shirts but only Rainbow’s move was banned. Or 4minute – Mirror Mirror and UNIQ – EOEO,  4minutes dance includes a move that has the members legs spread which was changed for live performances but during UNIQ’s the camera would actually zoom in on the members during their live shows performing a similar move to the girls.

We can’t talk about banned dances without mentioning the iconic dance UP&DOWN by EXID, who had to change the part in the choreography that involved the members thrusting their hips which numerous boy group choreographies have included in the past and have not been altered once for their comeback stages.

This debate has a lot to do with Korean culture and their views on what is appropriate behaviour for a man and women but this is something that is often overlooked or reinforced by international fans as well.

There has always been an obvious difference in merchandise and concerts between girl groups and boy groups from the same companies. An example of this is Girl’s Generation only releasing their official Lightstick last year, even though they have been together for over 12 years now, whereas label mates NCT have already released their official Lightstick after only 3 years since their debut. The level of merchandise that boy groups have in comparison to girl groups is shocking. However, this could be because boy groups on average usually have the most physical album sales, bringing more revenue to their companies.

Age also plays an important factor in the Kpop industry. It is compulsory for Korean men to join the army for their mandatory military service before they reach the age of 30. This means for that most boy groups will have members leaving temporarily while the rest of the members continue to promotions as a group, like Super Junior, or as solo artists while they wait for their members to return and waiting for their military service. It is not compulsory for Korean women, so girl groups do not have this restriction and can promote as a full group throughout the entirety of their contracts. This causes added pressure to girl groups nearing the ages of 30 to perform better while male idols at a similar age have enlisted. It is for this reason that 30 and above is considered ‘old’ in Kpop, especially for female idols, as most girl groups including my favourites, Sistar, 2NE1 and 4minute did not reach their 10th anniversary, instead falling victims to the 7 year curse. Red Velvet’s Irene had faced criticism for debuting ‘late’ at 24; now 28, some netizens wonder if she will even stay in Red Velvet once she reaches 30 but don’t seem to have a problem with Super Junior still promoting as a group who are well into their 30’s already. Why does there appear to be an expiry date on female artist’s careers while male idols do not have such worries? 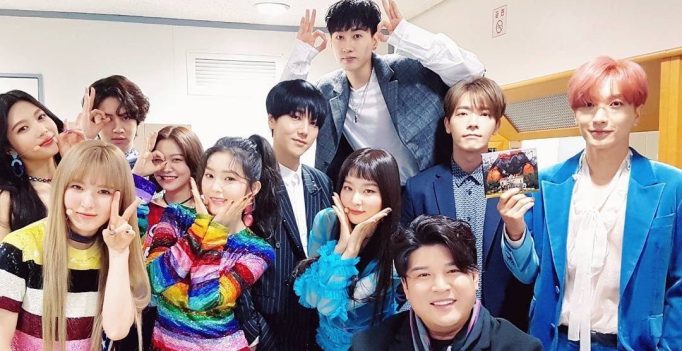 The level of pressure a female idol is under to please their male fans has never been more apparent than the scandal involving Red Velvet’s Irene. During a fan meet where Irene was asked what she had been currently reading, in reply she shared with fans that she has read ‘Kim Ji Young, Born 1982’ which has been labelled as a feminist novel. Upon learning this, Irene became the target of angry male fans who began to set her merchandise on fire and cut up her pictures. Many fans came to the singers defence, not understanding how a female idol choosing to read a best-seller could cause such controversy when popular variety comedian Yoo Jae Suk has mentioned enjoying this book in the past. BTS’ RM also mentioned in a Vlive that he had also read the best-seller; describing it as “thought-provoking” and “impressive because it had a unique implication”, being praised by fans for staying aware of current issues.

Irene isn’t the only female idol who has been heavily criticised for ‘voicing’ their opinions or hinting at having their own views and having to publicly apologise for speaking up about Feminism. Apink’s Naeun experienced backlash for a photo of her holding her phone where the phone case reads “Girls can do anything”. Even after her agency explained the phone case had been a gift after a photo shoot, the picture was quickly deleted from her social media account. 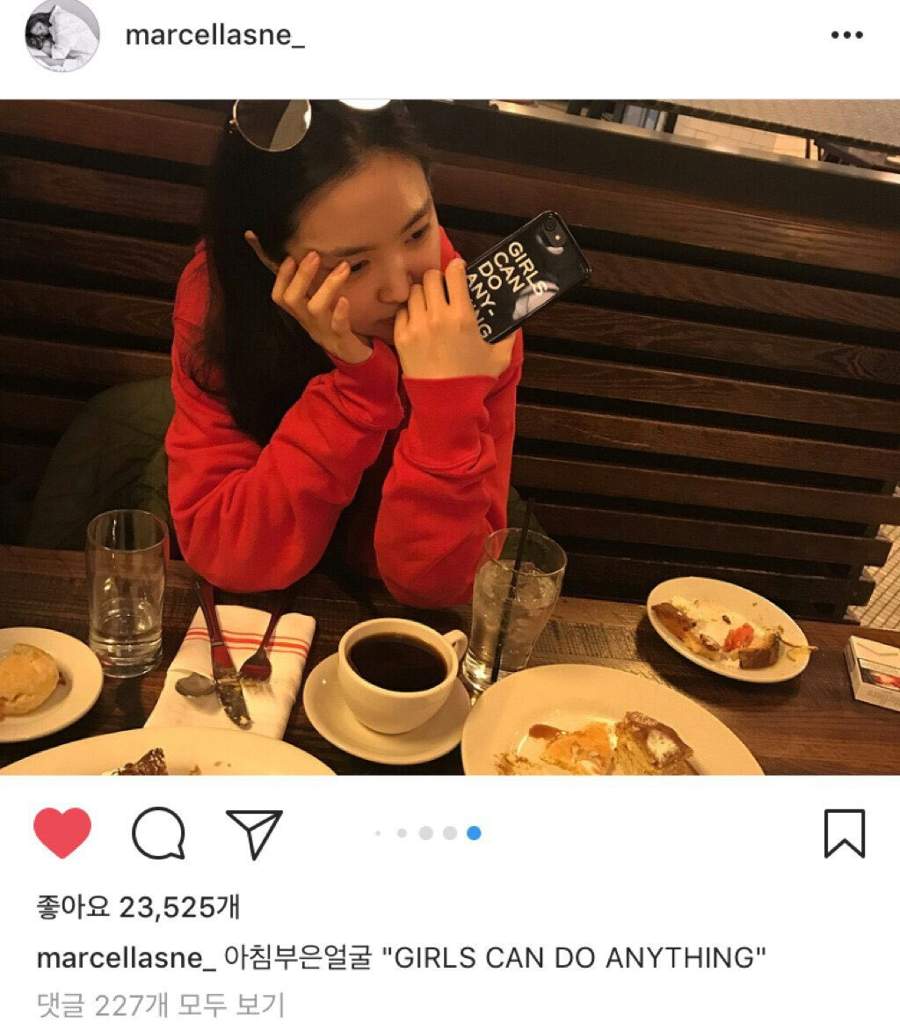 As long as idols are regularly criticized in regards to their personal opinions, the Kpop industry will continue to be seen as manufactured where its idols cannot have their own thoughts and beliefs, rather than one that allows its artists to openly and unapologetically be themselves to the public.

Opinions expressed are solely the writer’s own and may not represent the views or opinions of United Kpop Ltd.