Trending
You are at:Home»Reviews»Album»[Album Review] Dynamic Duo – OFF DUTY 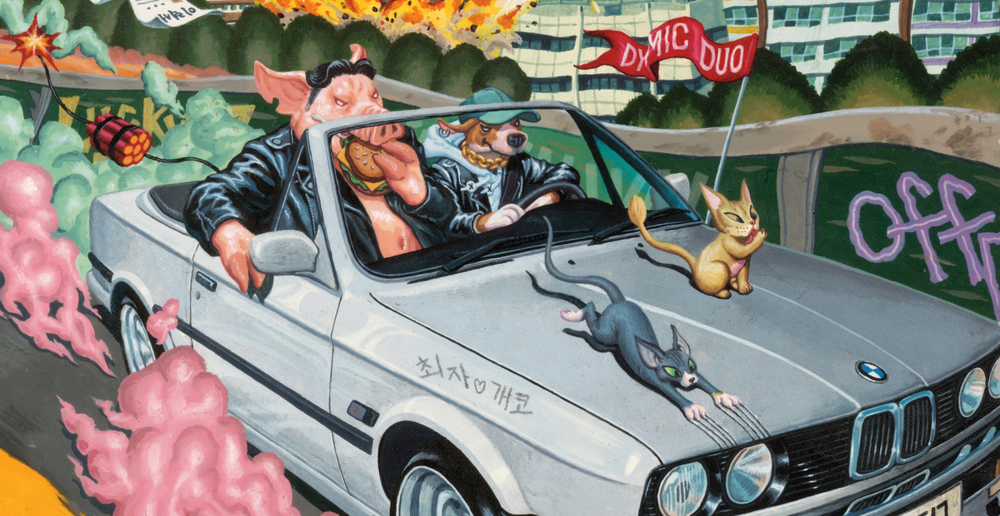 Dynamic Duo may be old dogs, but they still have a spring in their step. The first song, ‘2040’ proclaims “I’m your favourite rapper”, which is a bold statement to make, but not one that is out of place with the experimental, almost random-sounding background music. With the highly rhythmic track being abruptly ended in replace for the western-inspired trumpets and thumping bass line of ‘Desperado’, the group show their hand on more standard traits. The use of Wild Western trope definitely hasn’t been done before, but the hip-hop edge offers something a little different, even if it gets a little mundane at times. It’s clear that they’ve been paying close attention to what’s been released in their twenty years in the music industry, and reflected on how they can add to the conversation themselves.

‘Career High’ is another song that adds to the ‘R&B-Hip hop’ genre that artists such as Dean, Crush and Zion T. have popularised in recent years. (Crush also features on the following track, ‘Blue’!). The addition of audience screams interestingly creates a sense of the rapper-duo attempting to break the fourth wall between studio album and listener. The track, and thus the album it is preserved in has become accessible. Part of an immersive experience in the same way that going to a show is. There are direct conversations to the audience, providing a more intimate feel, despite the album referring to the listener (“you”) at other times previously and later. ‘Massacre’ also offers a sense of closeness, but in a more intrusive fashion. The listener is a fly on the wall to a conversation between the performer and a woman who wants him to stop. The ‘song’ isn’t of any particularly phenomenal quality, but it leaves you uncomfortable. On edge.

The combination of sounds on this album shows how Dynamic Duo have paid attention to what has been going on in music since the nineties. There are tracks on here that wouldn’t sound out of place on a NAS or Kendric Lamar record, whereas others play with the idea of belonging to tunes released by Crush and Jay Park. However, the amount I can credit the group with this is debatable. The record has a diverse range of producers; GRAY (Jay Park, Hyolin) and Devine Channel (VIXX, BTS, EXO) are two particularly noticeable influences. Overall, if you’re a general fan of hip-hop and rap, this is an easily digestible album that expands on ideas in already existing content.

Haven’t listened to OFF DUTY yet? Try ‘BAAAM’ to prepare yourself!