The group took to Twitter earlier today to announce the dates for their upcoming tour, 6IXENSE.

The list of countries includes 19 countries worldwide. This will also include four European cities: Paris, Berlin, London, and Amsterdam.

Check out the full dates on the poster below! 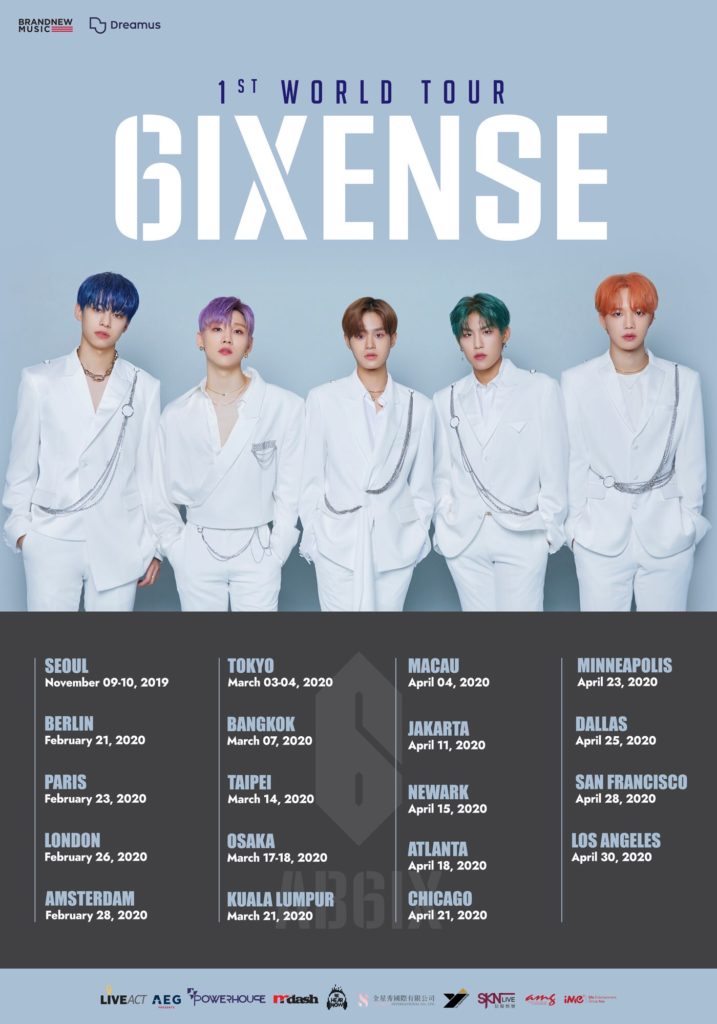 Tour organiser POWERHOUSE revealed that more details will be announced in the new year. You can keep updated on Facebook. 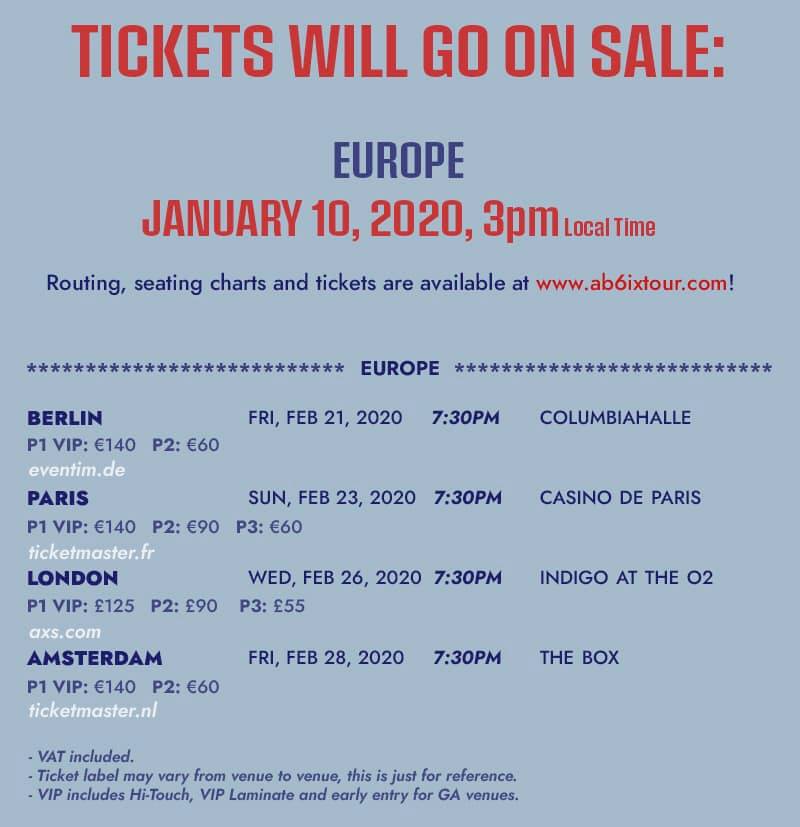 Are you excited to see AB6IX in Europe?