Trending
You are at:Home»News»[NEWS] Irene & Seulgi soar up the UK iTunes chart with ‘Monster’ EP!

Fans had an early sample of the newly debuted sub-unit consisting of Red Velvet members Irene and Seulgi back in July 2014, when both were introduced as ‘SMROOKIES’.

The duo showed off a palatable level of chemistry in the sleek cover video for ‘Be Natural‘ which was originally sung by S.E.S. It was then nearly three months later once SM’s former rookie girl group Red Velvet had officially debuted that they released their version of the track with NCT’s Taeyong who would not debut until just under two years later.

While the EP has been released for nearly twelve hours upon writing this, there has been a delay in the release of the M/V for ‘Monster‘. SM Entertainment published a statement to confirm that the music video will be pushed back to be released on July 7.

Despite this drawback, Irene and Seulgi have gone on to perform well on the UK and European iTunes charts. They have peaked at #2 in the UK on the album chart as well as claiming the top spots at #1 in Finland, Norway, Sweden, Poland, Turkey and more.

You can support Irene and Seulgi’s first EP on iTunes here, stream it on Spotify here and on Google music here. If you would like to give the title track a first, second or third listen, it has been linked below! 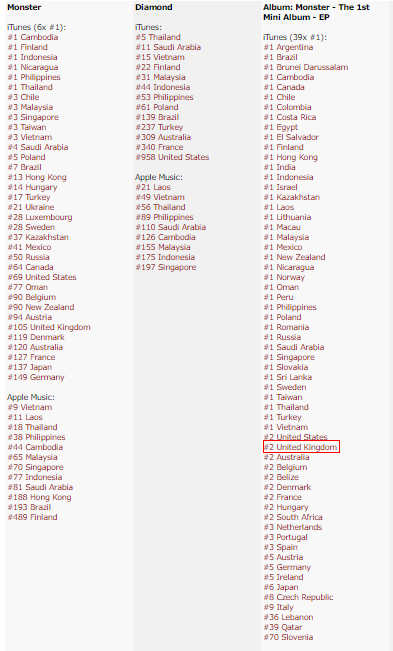