Trending
You are at:Home»Original Content»Top 10»Top 10 Fire Songs that will Make you Think the Heatwave has Already Started 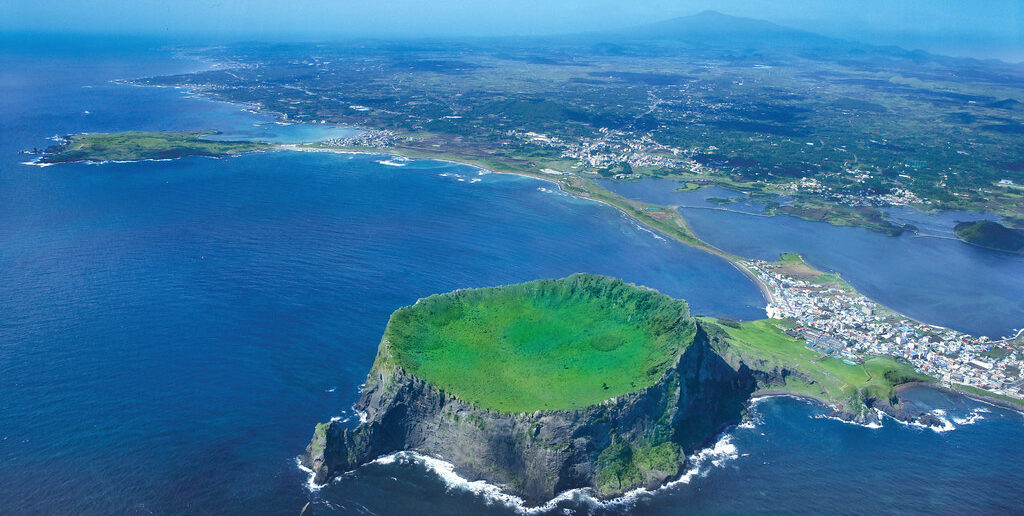 With the weather heating up until Friday and the temperature set to reach highs of thirty-three degrees in London by Friday, it is fair to say that the UK is bracing itself for a heatwave. Last week’s momentary swelter was possibly the introduction to the main event this weekend. While the north of the country is shielded from these sweaty conditions, these tracks will have you dancing so much that you’re bound to get hot too! While we can’t go to Jeju (the Korean island in the banner), we can enjoy the summer sun in the UK!

Yes, the pun is absolutely intended. With an awesome, upbeat pace and the boisterous lyrics, this song is a necessity this weekend. The song flawlessly combines wild, untamed energy with a slick, club-like electronic beat to kick off this playlist!

The shimmering saxophone, the fun 8/8 rhythm and carefree delivery gives this song a strong ’90s sound. The sound of a tape deck being scratched after the choruses does nothing but boost this sound. With the scenes featuring baggy trousers evoking images of 90s American hip-hop culture. It’s a strange combination of images and sound; one that can be argued as a careless combination of nostalgic imagery. Nevertheless, this is definitely the summer song of the year for any Backstreet Boys or N*Sync fans!

This not-a-song-song tips its hat off to the power ballads that dominated the late 1980s and early 1990s. The constant rhythm and sincerity in delivery makes this a worthy contender on our list. We’ll think of how wonderfully cool the moon is when it’s too hot to sleep.

The reggaeton beat with the synthetic steel-drum sounds in the verses is enough for us to put our sunshades on and image that we are lying on a sandy beach! Play this in your back garden for the ultimate summer staycation vibe!

With the reference to “nail, hair” and “hips” implying a nod to independent singer-song writer-choreographer Todrick Hall, the track goes beyond Hall’s heel-wearing, vogue-esque gender-fluid visuals. If you are looking for an artist pushing the boundaries of gender and exhibiting femininity as a man, look no further than the leader of Cheeky Pinks; J-Pink/J-Black.

Tropical K-Pop may be an over-used style, but it is one that is almost synonymous with WINNER. Island is a beat-driven, light song with is heavily rap-based. While lacking a proper chorus, the catchy “Island” hook is fun and memorable; perfect for singing along to while sunbathing in the garden.

The summer queens. Gone too soon but never forgotten, SISTAR showed the majority of this list how it was done. “I Swear” is one of the softest and least dramatic tracks that the group has done, but the sense of pure happiness that comes from it is impossible to deny. The waves roll in and the group are dancing in the sunset; it’s the perfect summer imagery for the perfect summer song.

8. Twice – Dance the Night Away

Two years ago Twice delivered what is arguably their most timeless song to date; it wouldn’t go amiss in the charts today. The fun, summery music video and the fun lyrics that talk about dancing the night away without cares is something that we really need in these stressful and uncertain times. It’s even better that we have the blue skies to match!

While there isn’t a music video for the song, check out this live rendition by the group. Concerts feel like a thing of the past, but this song makes us long for the summer festival season; the high-energy, fast bass track and the soft, delicate vocals are a match made in heaven!

The two Eskimo Club artists have joined forces in order to help create the soundtrack and music video for the GQ Korea X Burberry video. The serene yet quirky song and disjointed music video slowly fade out and are therefore the ultimate way to end this playlist.