Trending
You are at:Home»News»Europe»TXT work with European Producers and Writers including Olly Murs on new album “The Chaos Chapter: Freeze”. 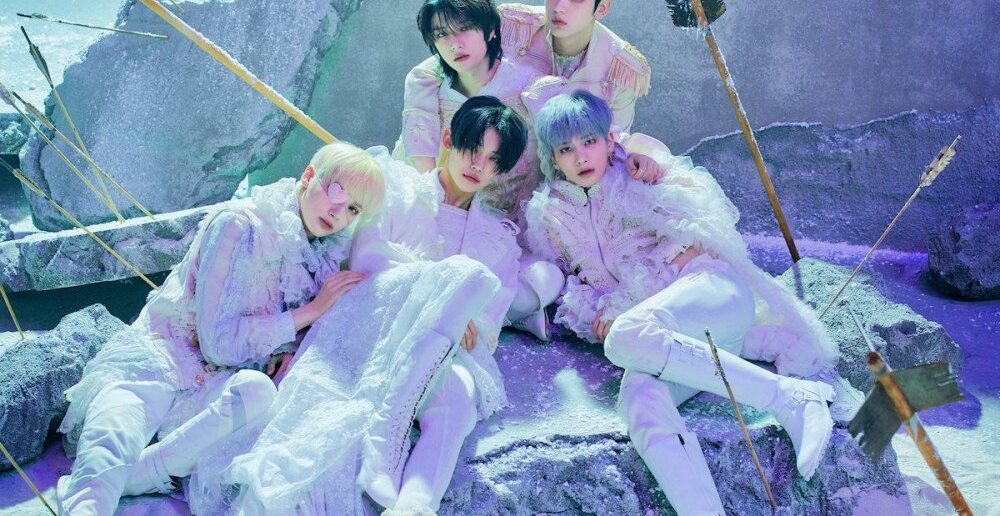 TXT (Tomorrow x Together) are back with their second album “The Chaos Chapter: Freeze.”

On May 24th, TXT announced the tracklist of their new album. The tracklist includes many European Producers including British pop star Olly Murs.

Track two, “OX1=LOVESONG (I know I love you)” features French songwriter and producer, Will Simms. Will Simms has written for many kpop groups previously including girls generation, Loona, EXO and Red Velvet along with several other acts such as The Vamps and The Pussycat Dolls. UK producer and songwriter Matt Thomson is also featured on this track. He has written previously for BTS on the tract “Jamais Vu” and also on TXT’s previous album “The Dream Chapter: Magic” for the song “New Rules”.

Ollipop, a Swedish writer and producer is named as the main producer for the sixth track “No Rules”. Ollipop has previously worked with Everglow on their mini album “Reminiscence”. As well as having writing credits on Red Velvet’s “Zimzalabim” and Twice’s “Feel Special.”

Track three, “Magic” has writing credits for Sarah Blanchard, a British songwriter who has previously worked on songs for UK groups such as Little Mix and Olly Murs and also for EXO’s “Love Shot.” Track five also has credits for Andy Love who is also a British songwriter and producer who has an extensive career and has worked with various other kpop artists such as Twice, ITZY, GFRIEND, NCT and MONSTA X.

However, most notebly, British pop star Olly Murs is featured on track number three “Magic”. Olly Murs is best known for coming second the popular British TV Show Britain’s Got Talent in 2009. Since then, Olly has had several number one tracks and albums in the UK.

TXT will release their second album “The Chaos Chapter: Freeze” on the 31st May.

Which song are you most looking forward to hearing?