Trending
You are at:Home»Reviews»Album»[Album Review] TXT- The Chaos Chapter: FREEZE 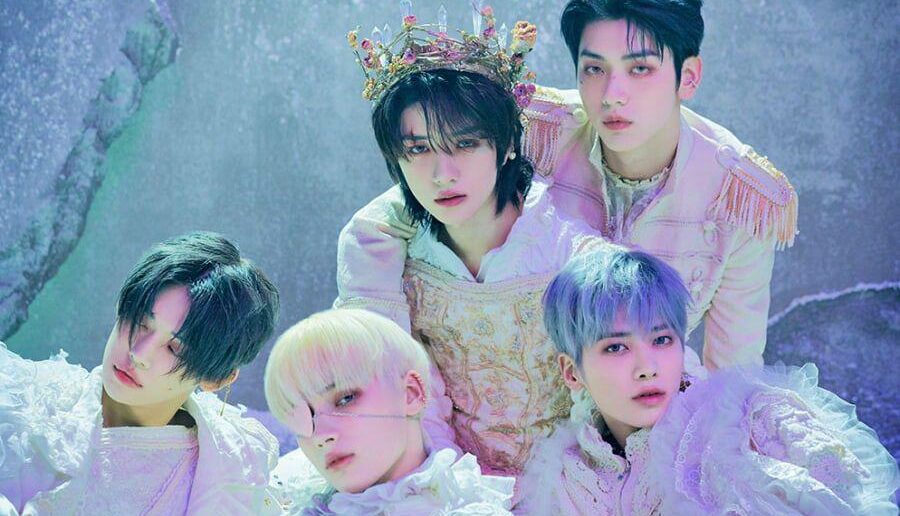 It’s rare that my attention is caught by a group before they debut. It usually takes a few albums for me to really get into a group or artist, though TXT were an exception. As a follower of all things Bighit (now HYBE), I had my eye on TXT before they released their debut EP, ‘The Dream Chapter: Star’. Even now, their first two albums are mainstays on my playlists and I seem to appreciate their music more and more with every new release. Though they really have smashed it out of the park with their latest album, ‘The Chaos Chapter: FREEZE’.

With the first song on the album, ‘Anti-Romantic’, being a huge hit on TikTok, I haven’t been able to get this song out of my head. As such a mellow track with a hypnotising beat running behind the song, I wasn’t expecting this song to have a TikTok dance, but I continue to be surprised by both TXT and their fans.

This song is such a brilliant start to the album, with ‘FREEZE’ being a main part of its title, it is perfect that the first song discusses the cold, harrowing and un-romantic side of love. The first line of the whole album is literally ‘ I don’t know who loves me/ And I don’t care”, which is such a poignant yet perfect start to this album.

Now about 0X1=LOVESONG, I honestly think this song is one of my favourites of 2021 so far. As a long-time fan, to hear some gritty vocals and guitar on a TXT song is so refreshing and I think it suits them so well. It shows the level of diversity in the group’s vocal range and shows that they are capable of producing music that is both raw and immaculately produced at the same time. I was excited to find out that Seori would be featuring on this song, I think her voice and style really lends to the track and really ties it all together. I was already a fan of Seori’s work after seeing her music video for ‘Lovers in the Night’ where she openly represents queer couples and her voice has absolutely mesmerised me since then. It is so important to give platforms for those that advocate for LGBTQ+ rights and representation, so I was thrilled to find out that she would be a part of the new TXT album. This song is so addictive to listen to and I’m still listening to it on repeat.

For my third highlight of the album, I absolutely love ‘Frost’. Not only is it an absolute earworm, I feel like it really sticks with the ‘frozen’ theme of the album. Just like 0X1=LOVESONG, Frost has those amazing gritty vocals that, when paired with lyrics like “My frozen lips/ Even I call out for the name on the tip of my tongue/ But only cold breath comes out’ really gives a sense of the isolation and discomfort at the heart of this album. It’s such a breath of fresh air to have a few more dark and rough concepts for albums and I feel like it shows TXT maturing as a group. Something that made me love this song even more is that Ashnikko took part in its production, as a co-writer. I could really tell, even just in the vibe of the song, especially in Hueningkai’s first line. As a huge fan of both TXT and Ashnikko, it was so cool to see this collaboration happen.

Honestly, if you haven’t listened to much TXT as of yet, now is a brilliant time to start. The group have really brought their all with this album and it is a cracking listen, start to finish. A perfect mixture of clean and raw vocals with a really interesting concept. I once again look forward to whatever TXT have in store for us next comeback.