Trending
You are at:Home»Events»ATEEZ returns to Europe for ‘The Fellowship: Beginning of the End’ World Tour 2022

ATEEZ returns to Europe for ‘The Fellowship: Beginning of the End’ World Tour 2022

ATEEZ will be making a comeback to Europe for their upcoming world tour for 2022.

On their official social media accounts, they released the promotional poster which unveiled that it is estimated that they will coming to Europe around mid-February to early March.

They will officially kick off their tour on their homeground in early January, then moving across over to the US for mid to late January then finishing off in Europe. Though, dates may be added at a later date for other countries.

The group will be coming to Amsterdam, London, Paris, Berlin, Warsaw and Madrid. The dates are included as follows, additional information will be updated once it has been released. 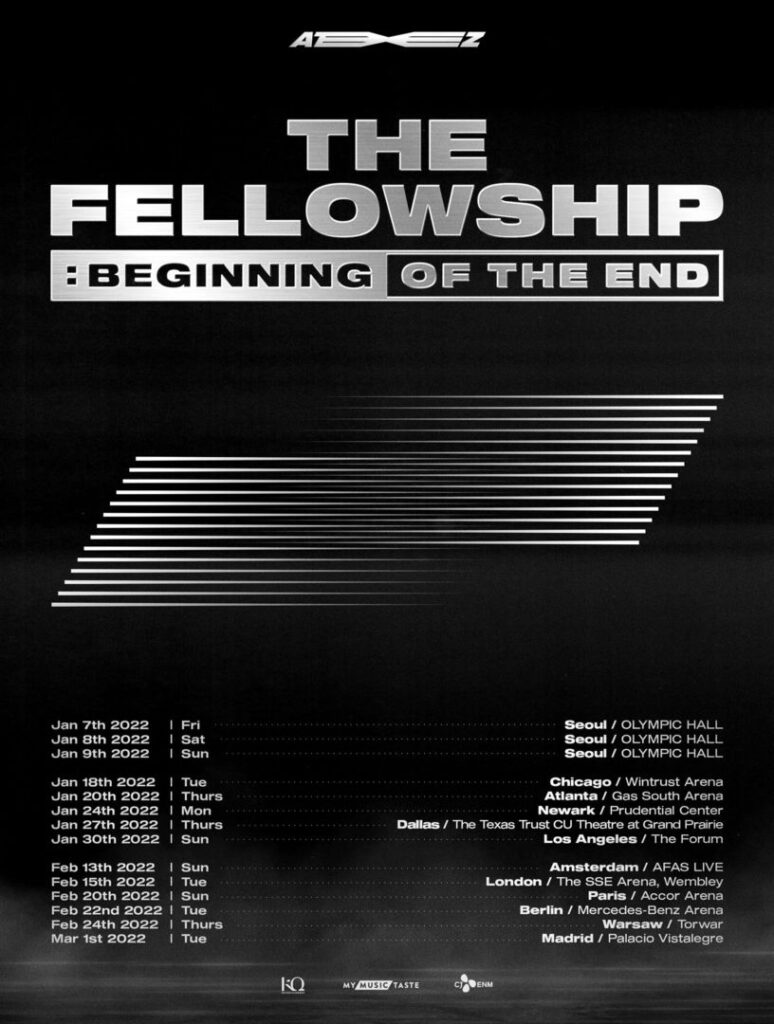