Trending
You are at:Home»News»CL to perform in Europe for her upcoming tour

CL to perform in Europe for her upcoming tour

It had been announced on CL’s social media platforms that she will be embarking on a tour.

She previously came over to London last year when she held her ‘ALPHA‘ concert. This time around, she had shortlisted a few other places in Europe to perform in.

The tour is set to commence on June 26th 2022 in Seoul, then moving over to France, Spain and Portugal before finishing for two final shows in Japan on August 20th and 21st.

The European dates will be running on:

You can find further information about CL’s tour on her website, just choose whichever show you would be interested in going to from the options of her upcoming shows here. 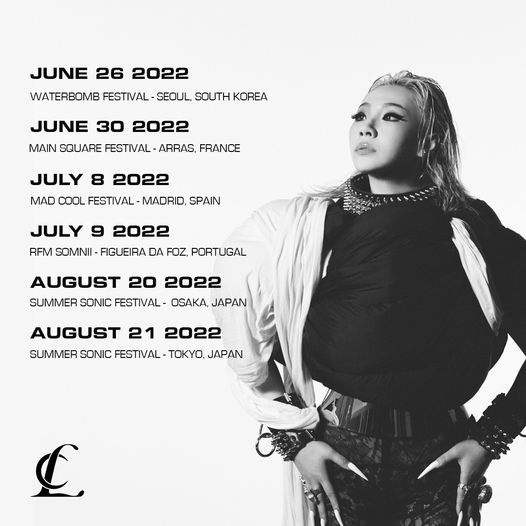