They will be officially kicking off the tour on October 15th and with confirmed dates, it will run up until June 21st next year with the last confirmed dates in Australia. Though, it has been hinted there will be additional dates to be added at the bottom of their poster.

This will be the second time BLACKPINK will be coming to Europe, following their 2019 World Tour [IN YOUR AREA]. They will be performing in London for two dates, compared to last time when they had one concert in Manchester and the other in London.

Currently, the only confirmed information is the dates for the concerts listed below. Once more information becomes available, we will update this article. 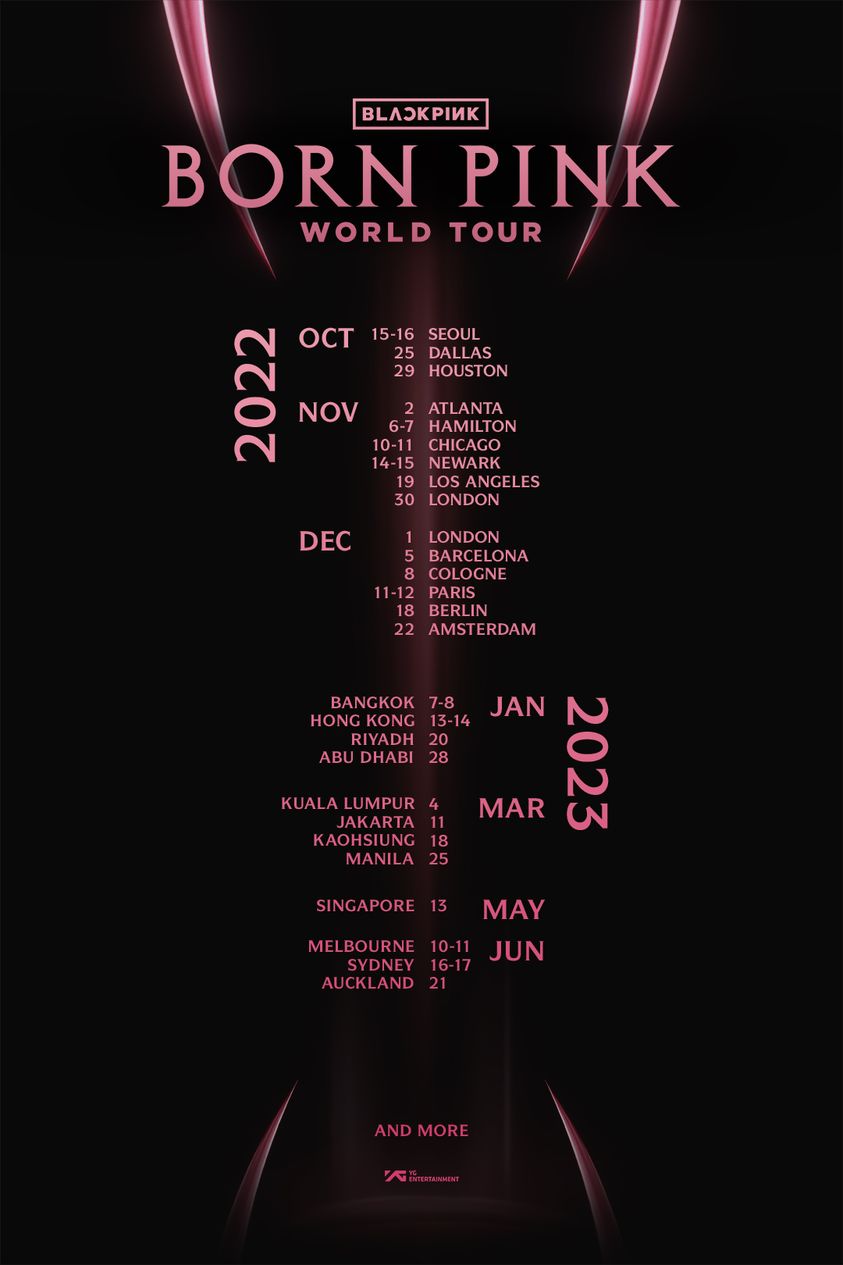