Trending
You are at:Home»Events»Concert»[Coverage] W24 in Birmingham 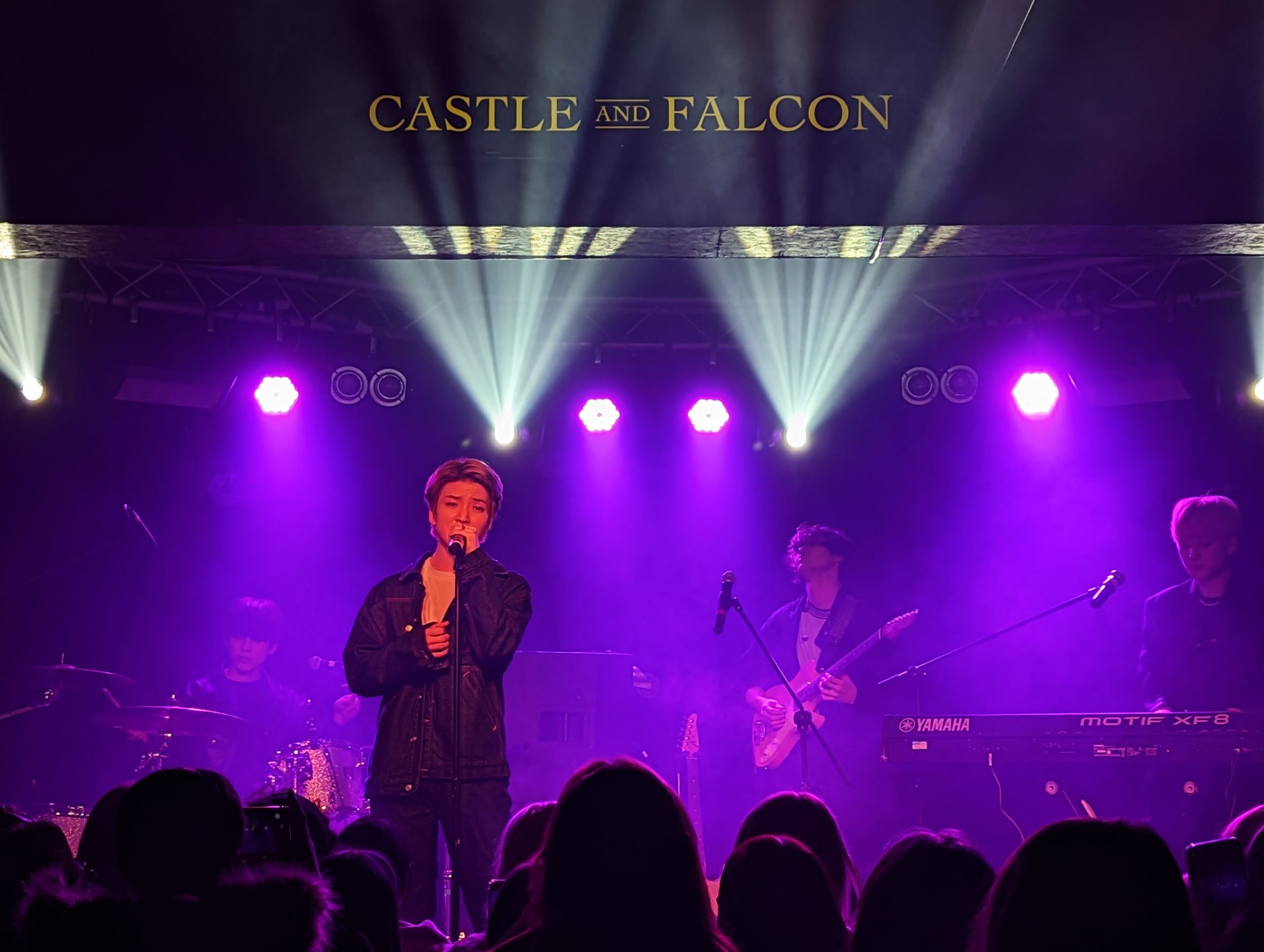 It’s been a big year for W24 in 2022, successfully hosting their first UK tour in April, the band hit new levels of fame after an impressive run on the show ‘Great Seoul Invasion,’ where they performed alongside Korea’s biggest rock bands.

This is why it was a surprise when in August the band announced their plans to come back to the UK as part of their second UK tour, where they would head back to London and Manchester as well as for the first time Birmingham.

Getting press coverage for their stop at the Castle and Falcon we would be treated to VIP treatment which meant like many fans who had purchased tickets that we had the opportunity to meet the boys and have the chance to get a photo alongside them.

Entering the stage each member would go to their instruments they would all have their unique rock look the spotlight would be on the main singer Howon dressed in a dark grey jacket and jeans. Aaron would follow him behind the piano in a formal all-black look with a blazer, jeans and boots. Guitarist and Maknae Kim Yinsoo in a white front pocket crewneck shirt with the signature part of the look being his beautiful long flowing hair and drummer Kim Jong-Gil who would rock the classic black leather jacket with black jeans and shirt. 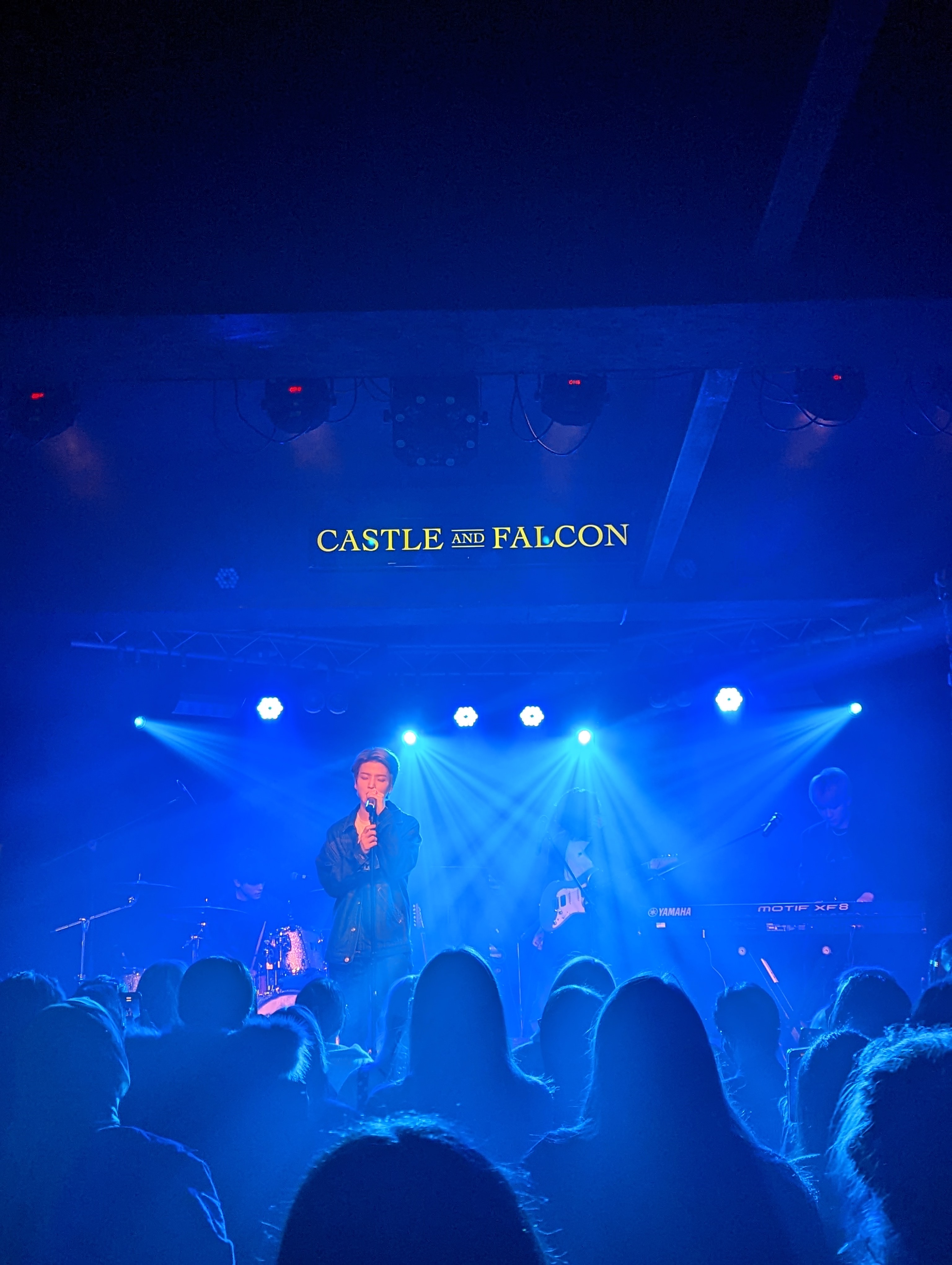 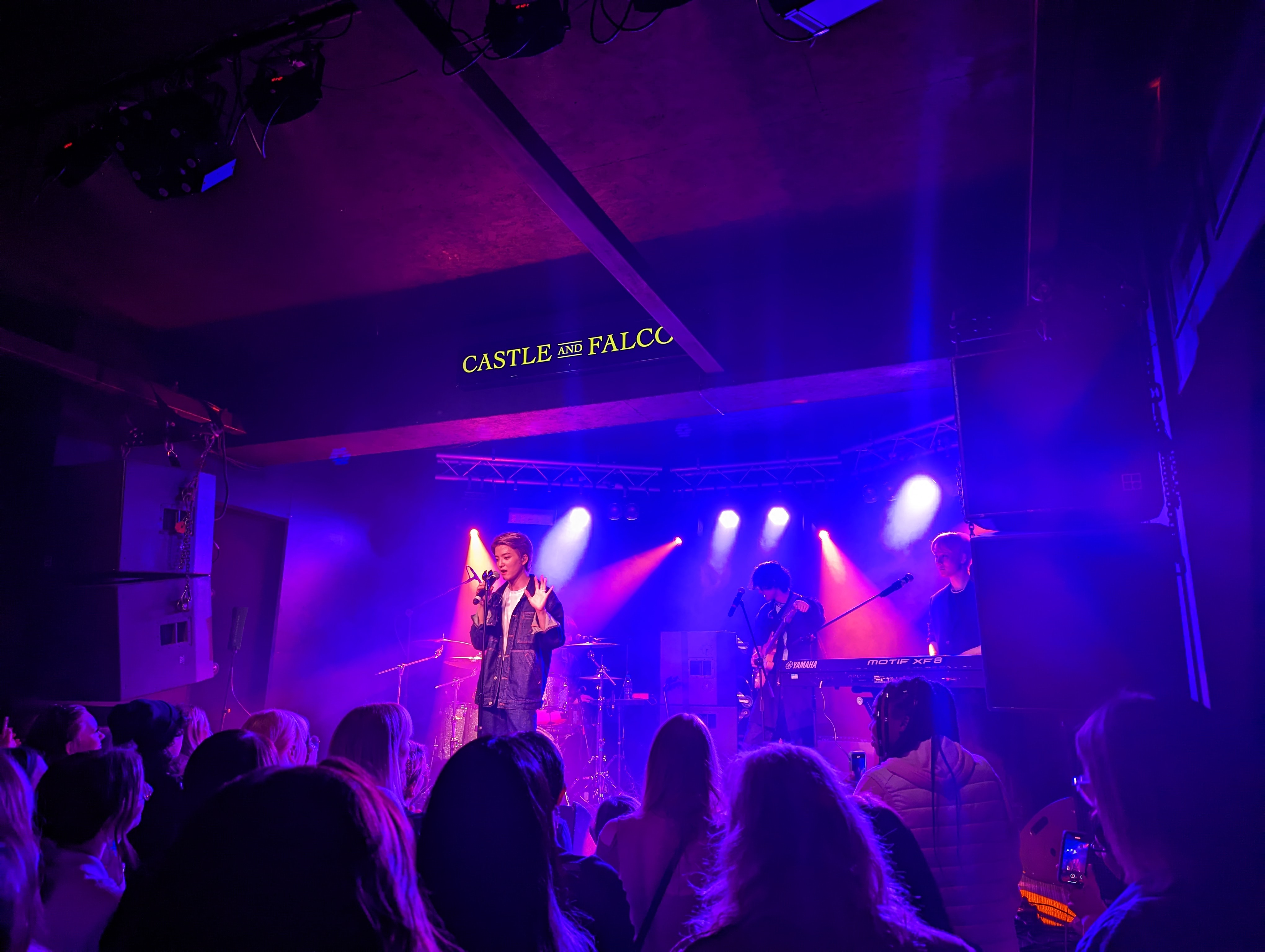 The band would come out strong with ‘Ruah’ the band would play tribute to their time on Great Seoul Invasion as well as their previous discography as they would perform the 2018 song ‘Singing Dancing’ they would get the fans involved and loosened up. 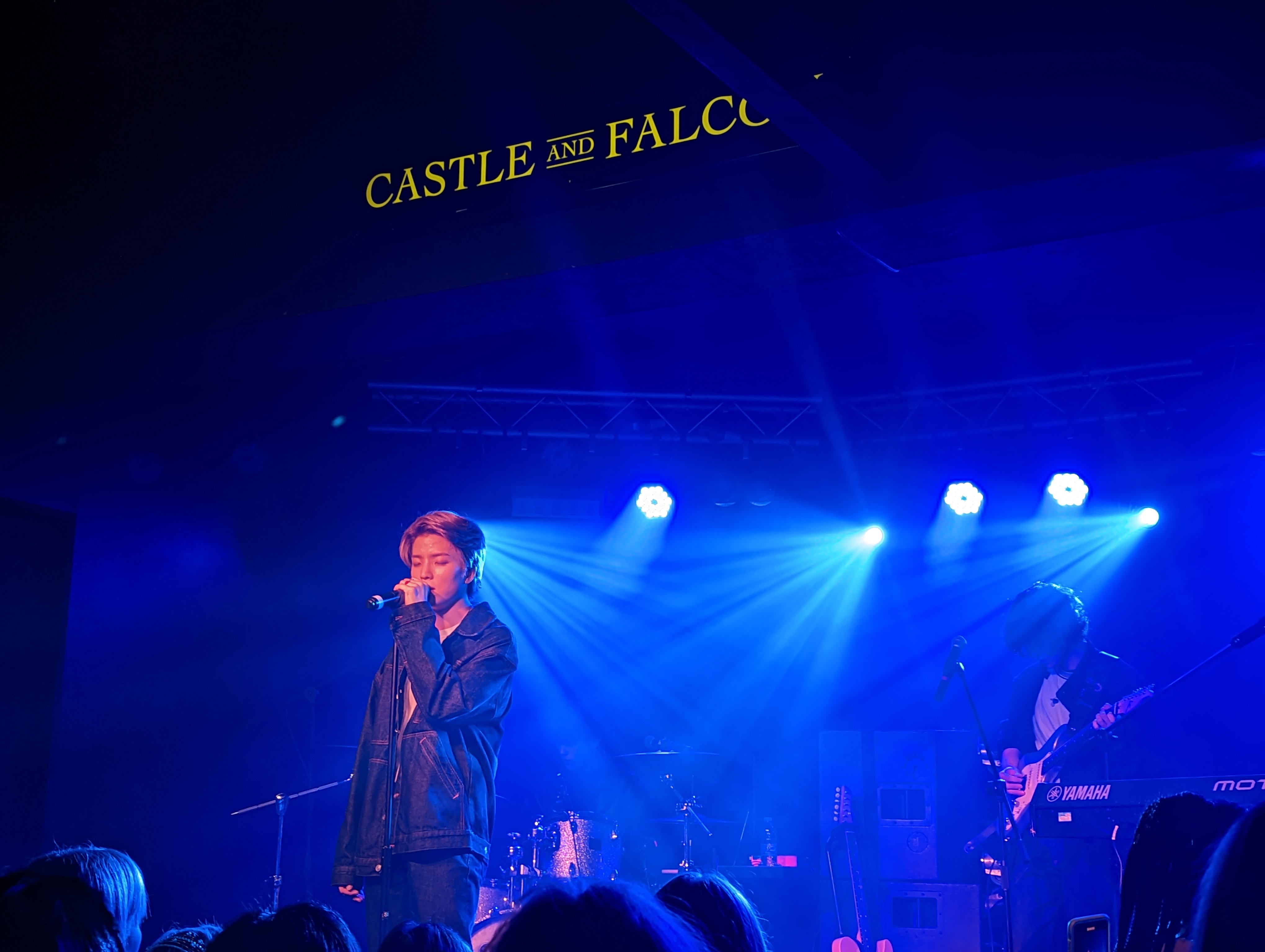 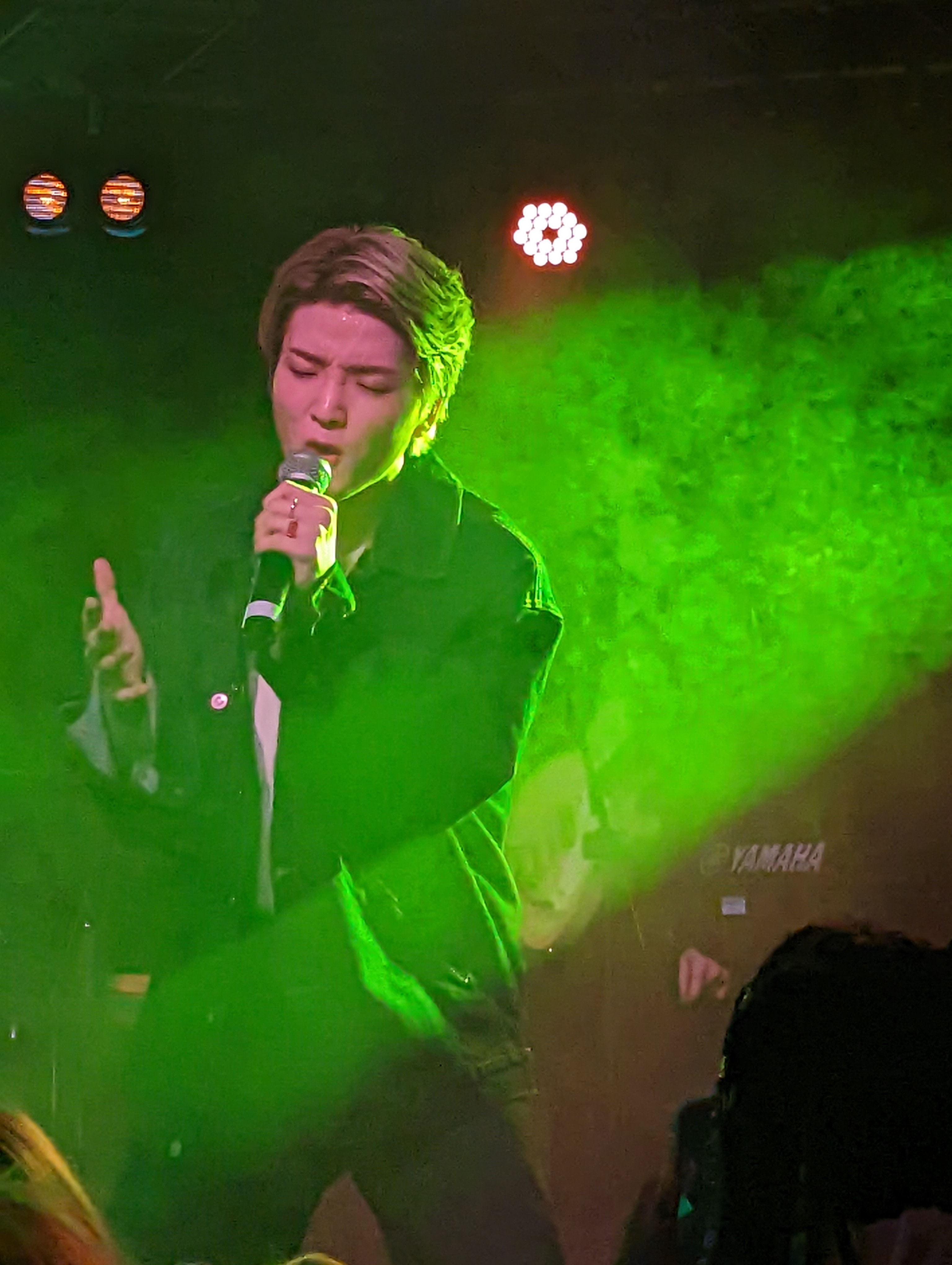 The band would follow this up with a creative way of getting the crowd involved with the chorus they as would perform ‘Because of you’ the band would move on to tracks from their latest album ‘White album’ as they would perform the lead song ‘Revelations’ alongside ‘I am Down’ it would be revealed that during the songs that drummer Kim Dong-Gil had broken part of his drum kit and would be needing to perform without part of the set. However, like a true professional he would carry on and the band’s set would continue. 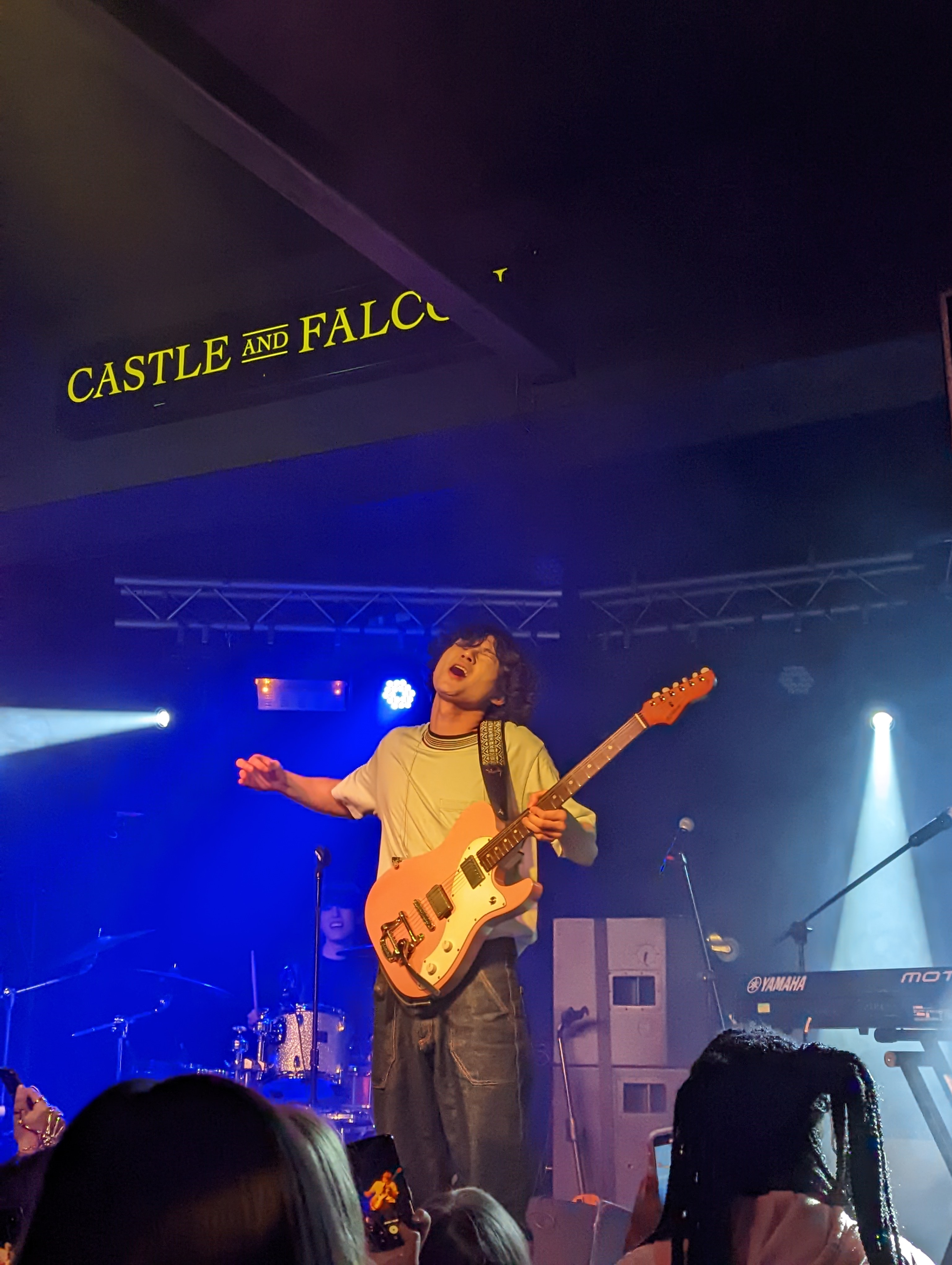 The band would perfectly interact with the crowd in the small cosy stage room of the Castle and Falcon fans were within touching distance of the band. This made it perfect for interaction as they would play on this with arguably the funniest moment of the concert was when the lead singer Howon would take the phone of a fan thinking that it was a photo he would be bewildered to find that it was a BeReal (a photo app that takes two photos one using your front-facing camera the other using your rear) as it would confuse the poor member who couldn’t figure out what to do even with the help of fans. He would also joke about the INTP asking the left side of the crowd if theirs started with an I as they were much quieter than the right-hand side of the crowd. 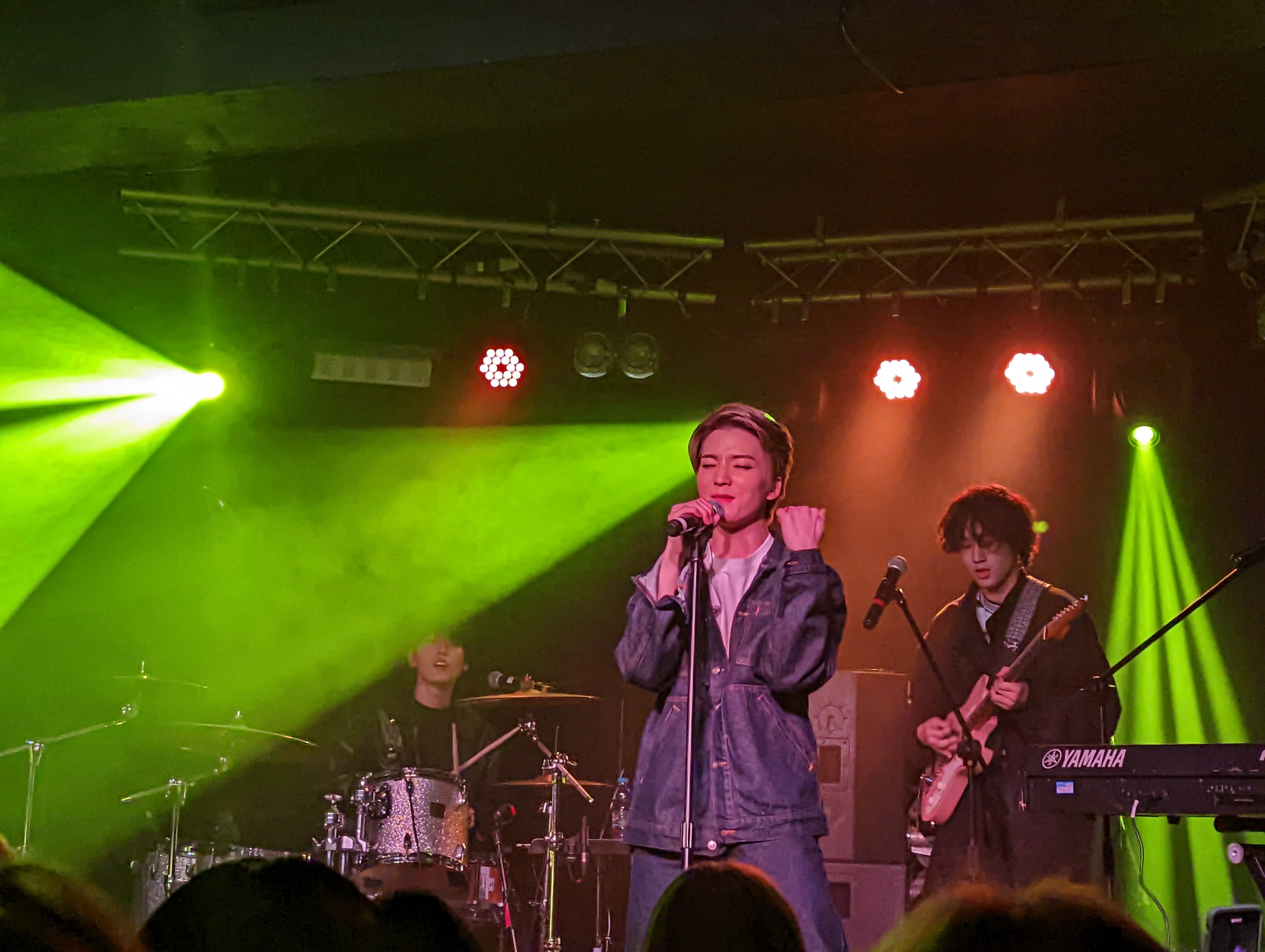 They would also recap their experience on Great Seoul Invasion to much enjoyment of the crowd they would do one of the covers that gained the most attention on the show, performing BTS’s ‘Fake Love’ they would also go on to perform ‘Over the Rainbow’ sung originally alongside Yoon Eunhye the band much like their performance of the song on Great Seoul invasion would capture the hearts of the crowd and showcase the bands rock style and extreme cuteness. 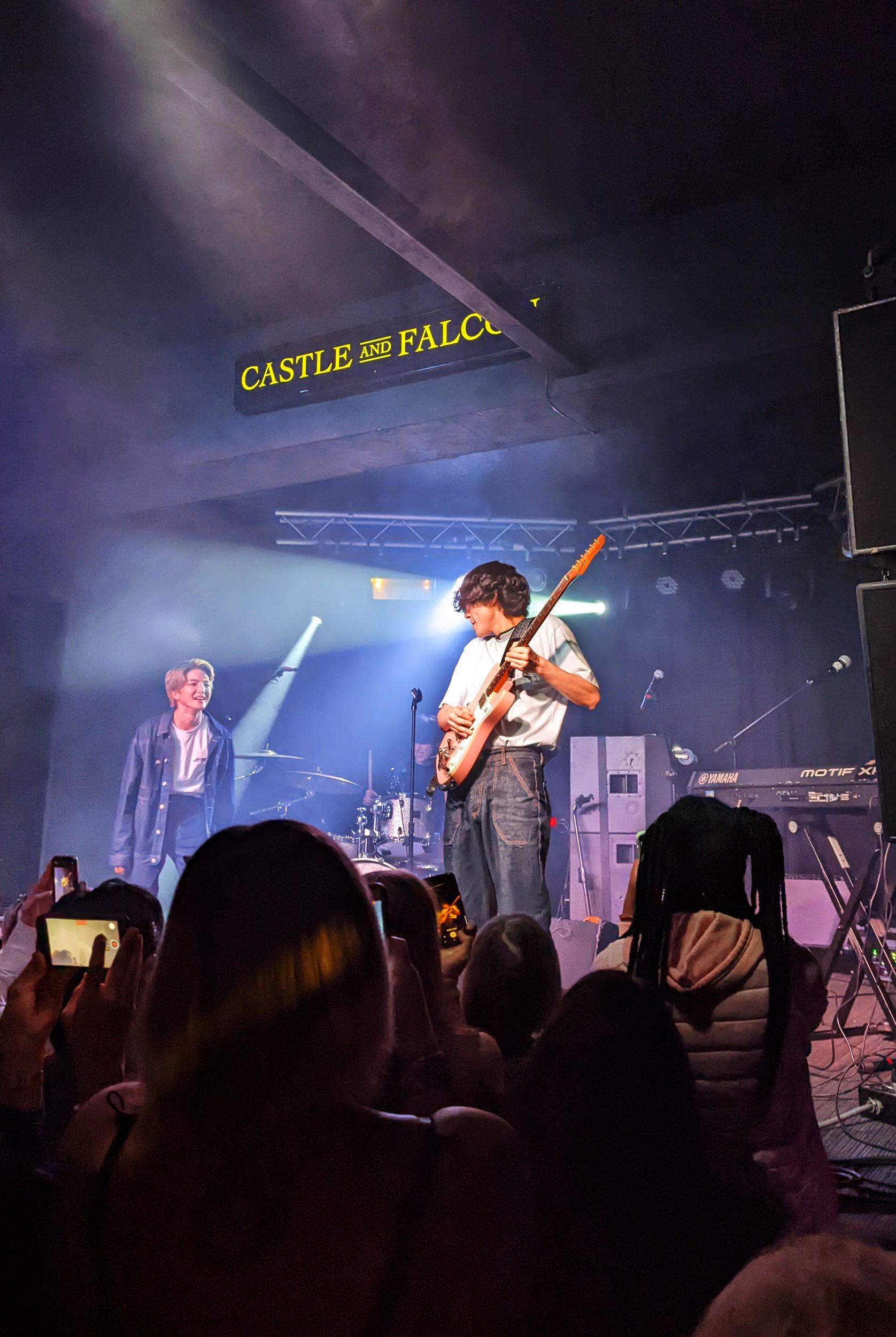 They would end the show promising to come back saying that the UK was like a second home to them and that fans across both tours had welcomed them so nicely and how they had found their time in Birmingham. They would take time to thank the organisers and have a group photo before leaving the stage.