Trending
You are at:Home»Original Content»Editorials»Obsession around idols and leaving the Kpop fandom
Editorials

Obsession around idols and leaving the Kpop fandom 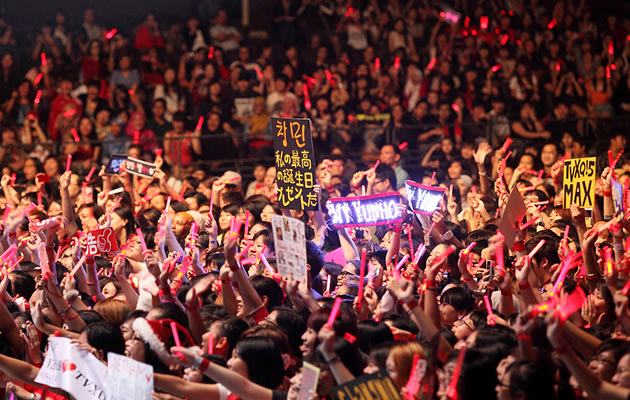 The majority of the fandom seems to have lost it.

I’ve noticed on a few accounts how obsessive fans have become over idols and what they need to understand is that it’s just music but everyone seems to be divided into mini bitching communities – as one of my friends put it.

This was uploaded back in 2010 when there was an LA festival with a range of K-Pop idols. There isn’t much but these group of girls somehow found the hotel floor that 2PM Wooyoung was in and even got into the elevator with him. And then (later or earlier, I’m not too sure), they managed to get in an elevator with Junsu asking him as well about Doojoon. For some reason, the idea of getting as far as to the idol’s hotel floor is considered pretty cool from the comments that were shown on there. Gives me the impression that they are close to being compared to as sasaengs without realising it themselves.

Unfortunately, the fancams of these seem to be either deleted or removed from YouTube. But they were up for a good year. This was the only one I could find 🙁

Apart from PSY’s achievements with Gangnam Style (which seems to not stopping any time soon), the Korean media has been hyping up the “success” of Korean idols that have tried in the past 3-6 years of advancing into America. It’s lead to the impression that fans think K-Pop has taken over the world and become a mainstream genre. In fact, K-Pop is still a niche market but the music and idols have changed no? Maybe it’s me but I preferred when there was less idols in 2007-2009 and the music wasn’t completely Westernised. Now some people think because of Gangnam Style, most K-Pop songs are a joke.

It’s got to the point where a lot of my friends have begun to speak about the obsession of some fans more often now. The obsession is causing them to pull away from K-Pop – or what they loved of it at the start. But like I’ve wrote before in One does not Simply Leave Kpop, there are so many ways of people being obsessed over the music that it is hard to just say “I’m gonna stop listening to Kpop” but also people can pull away and would rather learn and take an interest in Korean culture more. I think for me I had to stop and take a step back when I realised this. Stopped going to events, meeting new fans and took a look at Korea for its culture rather than its idol music. Sadly, I have more attention to the music which doesn’t help since I would like to learn the language and culture but I am not fully interested.

asiabang’s article on Kpop Glory also made me think of something to do with fans obsession towards their idols. There are some Kpop idols really are blocked from giving their opinion on political views and what ever goes on around the world unless their company says it’s okay. That’s probably why Kpop fans feel that Kpop is an escapism because when watching these idols or listening to the music, we don’t feel concerned about reality and what’s going on in our world.

Everything is secluded and it’s perfect to create obsessed K-Pop fans. I can understand why a lot of people are pulling out of the fandom now. One girl on tumblr said for a year, she had been considering changing her blog from K-Pop/editing to a One Direction blog because she had no interest in the genre anymore – too many fanwars etc. She lost about 500+ followers which is what she expected would happen.

Anyways, most of the obsessive fans need to stop and take a step back. It’s not cool to get upstairs to the hotel floor of where your idols are staying, you don’t need to know everything that goes on in your oppa or unni’s life nor are you amazing for being so knowledgeable. We are all on the same page and like the same music, so stop with the fighting.