In preparations for the upcoming London Korean Festival, the artists of Feel Korea entered the UK on Thursday evening (6th of July) via London Heathrow Airport. Many fans came to support the groups, ready with their fan signs, merchandise, letters and more! We spoke to one fan who came to support KNK. Emma came prepared with her hand-made KNK jumper, printed with the fandom colours (rose gold and twinkle silver) along with a hand-written postcard, KNK album and attachable KNK images which she stuck to her phone. READ MORE: [NEWS] Highlight, EXID, KNK, SNUPER are on their way to London!

The first 3 groups: Highlight, EXID and SNUPER arrived at Heathrow Terminal 2. Their flight arrived earlier than scheduled as fans anticipated their appearance. The first appearance was from Highlight. The group made a swift exit as fans shouted their names for support, whilst some of the members returned their welcomes with a smile. The second group to arrive at Terminal 2 were EXID! The group strutted out of the arrivals in style, waving to their fans. Many fans had brought their EXID fansigns to show their support! Some lucky fans were able to have a conversation with EXID’s Hani before they departed to their hotel. EXID’s Hani is well known for being quite a multi-linguist, having the ability to speak English, Chinese as well as Korean!

The last group from Terminal 4 to arrive was SNUPER. The group took a lot more time to wave to their fans, with particular members looking incredibly happy to be in London! For KNK, the fans shifted to Terminal 2 to await their arrival. Unfortunately the flight was delayed, and arrived just over 2 hours later. Despite the wait, additional fans arrived to see KNK, along with some of the previous attendees of Terminal 4. Once KNK arrived, the group were welcome with loud cheers! KNK’s Youjin was drawn towards the cameras before making a realisation that he was exiting the wrong way. The fans accompanied the members as they were leaving, with some of the fans making small conversation with them. One fan, Drew mentioned how she had mentioned to KNK’s Inseong to “enjoy your time here… have fun!” in response he replied “I’m so happy!”.

Some fans awaited with them by their car as they were exiting the building, however were fortunate enough to have the opportunity to receive signatures from the members.

KNK fan, Emma whom we mentioned earlier was able to receive signatures from all the members for her album, along with a signature on her arm sleeve by KNK’s Seungjun. Another fan, Eden also received a signature from KNK’s Seungjun however this time, on her arm!

Before fans knew it, 5 hours had flown past, and all 4 groups had arrived safely to London! Today’s the day, are you ready for the London Korean Festival 2017! 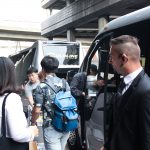 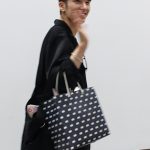 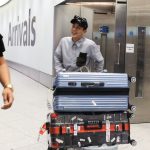 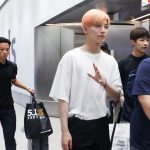 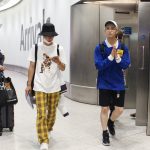 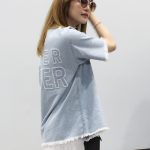 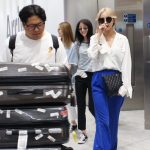 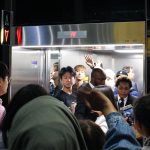 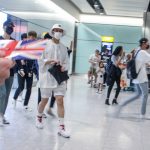 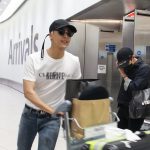 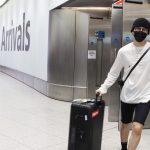