Trending
You are at:Home»News»[NEWS] AOMG Brings More Artists to the UK! 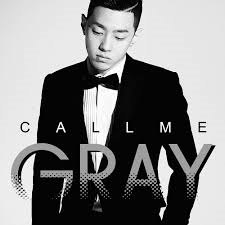 Get ready to party hard this summer as AOMG and Cult of YA are bringing Gray, Loco, Woo Won Jae and DJ Pumkin to London on Saturday 21st July 2018. Just like Jay Park’s show in February, the event will be held at the Troxy in East London, with tickets being available here.

The tickets will be sold from Sunday 25th March, 12.00pm UK time, with a choice of three price points:

The show is set to start at 8.30pm, with doors being open for 6.00pm for VIPs and 7.30pm for regular ticket holders. VIPs will also be able to take a photo with the artist in groups of five. Both VIPs and Standing audience members must be at least 16 years old, whereas circle seated tickets require the individual to be 14. All under 18s must be accompanied by an adult.

Gray is one of Korea’s rising stars, featuring key roles in the production of tracks such as Jay Park’s “Mommae”. Having also worked with Loco and Woo Won Jae, it’s no surprise that they are on the bill as well. Gray’s list of songs features the likes of “Respect” and “Just Do It”. You can watch him in action with AOMG label founder, Jay Park, below:

Gray, Loco and Woo Won Jae have made appearances on the Korean music show “Show Me The Money”, with Loco winning the contest in 2012. With DJ Pumkin thrown into the mix, it’s going to be a night to remember!

Will we see you there?