Journey back to 1967 South Korea with the Korean sci-fi classic “Great Monster Yongary“! Also known as Yongary, Monster of the Deep for western audiences.

Produced as the South Korean counterpart to the much beloved Godzilla series from Toho Japan, Yongary tells the story of a prehistoric gasoline-eating reptile awakened by nuclear testing, that soon goes on a rampage through Seoul. It’s up to a family to save the city and its inhabitants. A film that probably seems a little more light-hearted in modern times with outdated suitmation and miniature sets, Yongary is an entertaining delight! 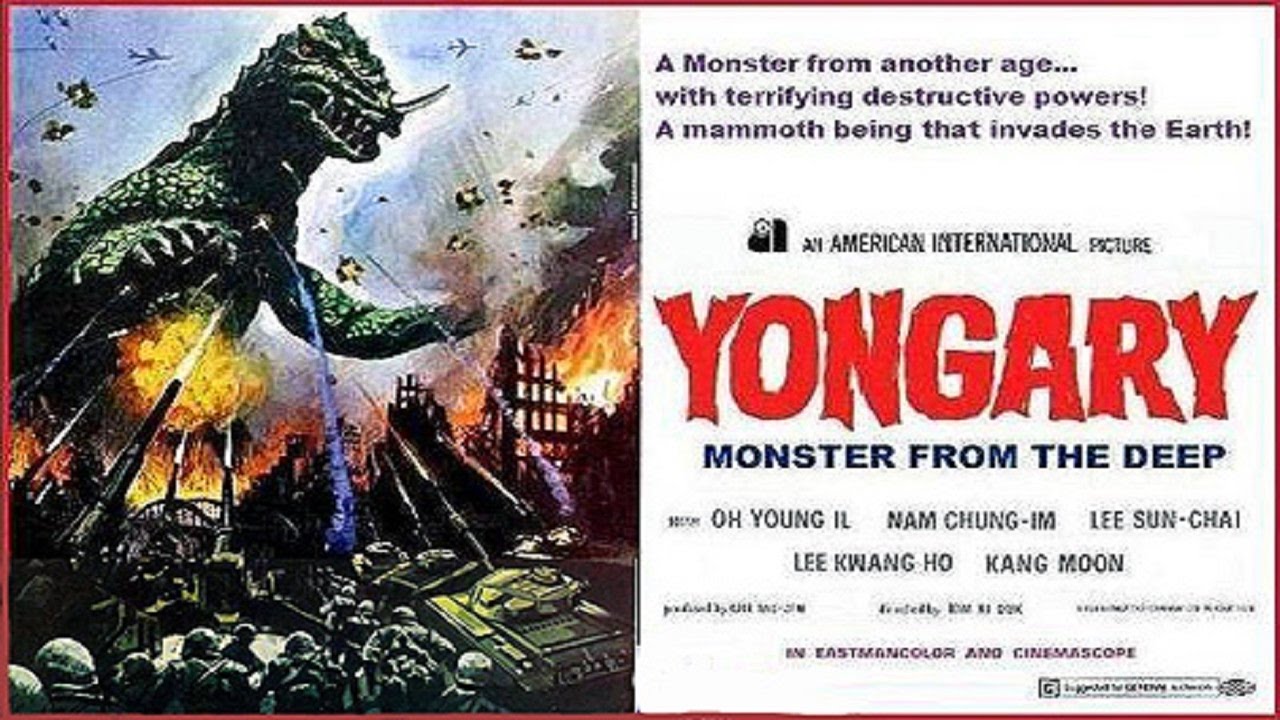 For its release on western shores, Keukdong Entertainment Company, the company that produced the film, sold Yongary to American International Pictures and released it under the new title Yongary, Monster from the Deep  in 1969 through their TV division. Unfortunately, the only current complete version of the film is the English dubbed version, now available in the public domain in some form.

A 48-minute 35mm print of the original Korean production does exist, however, but in very low quality due to heavy print damage. How was this lost? The producers accidentally sent over the original camera negatives of the film for international distribution. As a result, this fully uncut, complete version of the film has been deemed lost, possibly forever. Due to the original prints missing, the film had become unavailable in its native country for 44 years before it was finally broadcast on South Korean TV for the first time on June 19, 2011. This was the English version but with Korean subtitles from the original script.

Praised as a saviour for the South Korean film industry by newspaper Kyunghyang Shinmun, Great Monster Yongary has also been commented on for it’s subtle reminders of Japanese occupation and the Korean War, intertwined with the horned beast’s rampage in Seoul. Since the film’s release, Yongary was then loosely (and horribly) remade in 1999. There is also now a fried chicken business that features the titular monster as its mascot and in name – Harim’s Yonggari Chicken!

Want to watch Yongary? Without needing any kind of subscription service, the public domain copy of the film can be viewed on the Internet Archive! The high definition English dubbed version is available to own via DVD and Blu-Ray, albeit locked to Region 1/A. You’ll probably need a multi-region media player if you’re wanting to own a physical copy until a British release is eventually announced.