Milan’s fashion week began on the 11th of January, and during the four days it garnered many celebrities from across the globe.

This year, some of those celebrities were Kpop idols. GOT7’s Jackson, BamBam and Mark were invited to attend.

Mark and BamBam attended the Ermenegildo Zegna show. It’s been reported that they were invited as their aesthetic matches the image of the brands new collection, and the brands artistic director, Alessandro Sartori, thanked the members in a handwritten letter. 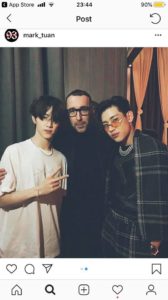 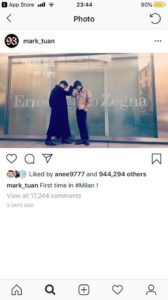 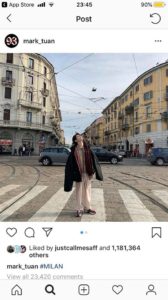 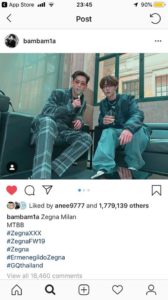 Jackson was invited by Fendi as their official brand ambassador for China. He attended the Fendi show on the last day of the event, and was greeted by a hoard of fans who were waiting for him. After the show, Jackson performed ‘Fendiman’, a song he released in collaboration with the brand last year. He’s been reported to have spoken to huge names such as Karl Lagerfeld and Silvia Venturini Fendi, who is Fendi’s creative director.

The boys have been sharing pictures of their adventures in Milan on Instagram, and it looks like they had an amazing trip.