Park Jung Min rose to fame in boy group SS501 when they debuted in 2005. Park Jung Min left DSP Media in 2010 and started building his solo career. He has released both Korean and Japanese singles – his most recent release is Korean single ‘The Wind is Blowing’.

Though Jung Min hasn’t been active recently due to military service, he is going to reconnect with fans on his new tour!

SKeYACE have announced that Jung Min will be visiting four cities on his tour, but have so far only announced two of them:

Park Jung Min will not only perform his solo songs, but will also perform SS501 hits as well! Tickets go on sale on Friday February 1st at 7PM CET. 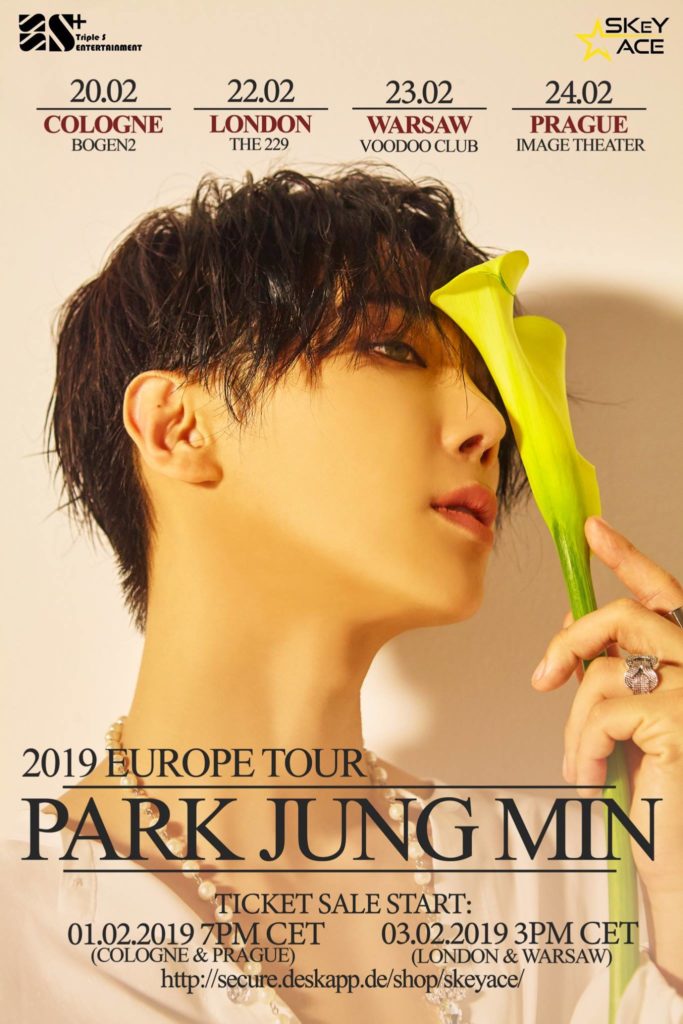 There are still tickets available for all shows here. We look forward to seeing Park Jung Min in London and Europe.