This August, TEEN TOP will be returning to Europe to play concerts in six countries – six years after their ‘TEEN TOP SHOW! Live tour in Europe’. 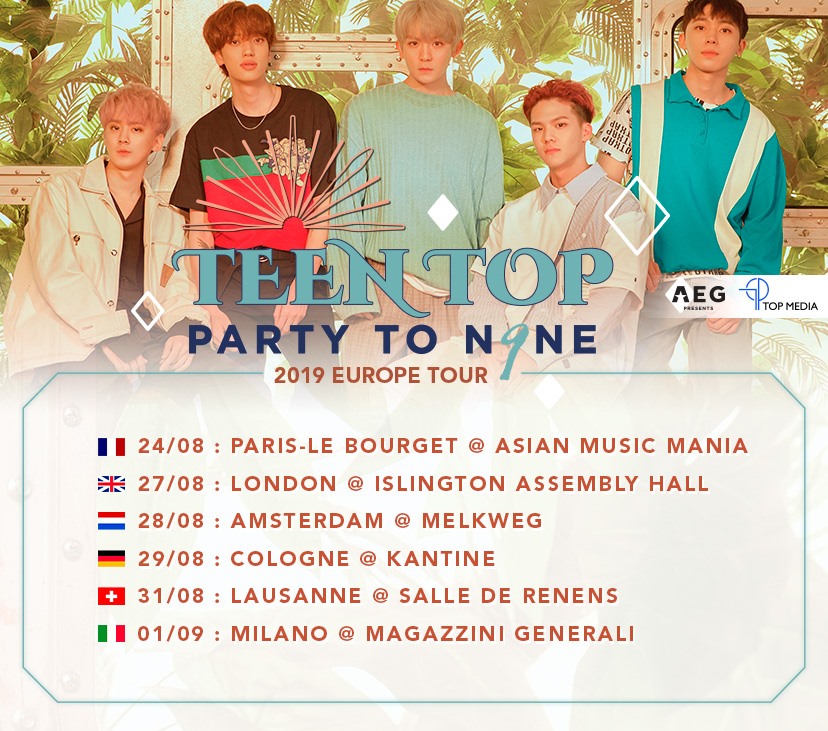 The five-member group will be playing in France, UK, Netherlands, Germany, Switzerland and Italy for their ‘Angel’ fans.

You can set yourself a ticket reminder, and purchase tickets on the 26th for London from DICE.