Trending
You are at:Home»Reviews»[Song of the Week] AleXa – Bomb 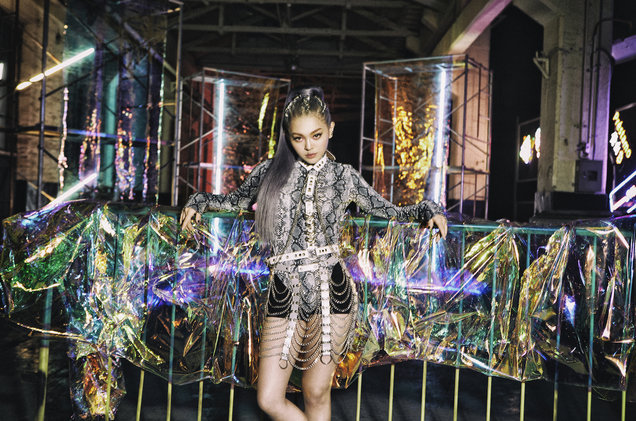 [Song of the Week] AleXa – Bomb

Amidst the current voting controversies surrounding  the Produce series, it’s nice to see a success story rising from the ashes. As a contestant on Produce48, the third season of Mnet’s popular idol group making reality show, Alex Christine was known for her English and relatability to fans. Despite receiving some of the lowest votes in the first group battle, she pushed forward, eventually placing 82nd.

Now, reborn under the name AleXa, she returns to make her solo debut under ZB Label, and as their first signed artist to boot. Zany Bros have been widely known in the KPop industry for years, producing hundreds of music videos a year for various acts. So it’s no surprise that for their own idol, they’ve poured a great deal into her image and concept. In an industry where this is half the battle, AleXa stands on good footing to become someone great. But how does the music live up to those standards?

The very fact that it does meet those high standards, and perhaps even exceeds them when considering that this is a debut song. ‘Bomb’ doesn’t particularly showcase anything new. There’s no unusual structure or strikingly contrasting sections here. Instead, what it does do is take a style tried and true, and does it well. With its own little quirks added in to keep it feeling fresh. The song starts solid in the intro, with AleXa’s spoken English lines, filtered yet satisfying clear in amongst the backing track. The verse keeps things low and slow for a short time with some great bass.
AleXa’s vocals are surprisingly layered. She has a nice tone, one that isn’t too high for the song, yet also has some nice range. Unfortunately, ‘Bomb’ doesn’t really give her too many chances to show these off. Once the verse picks up the pace a little, most of the melody line is straightforward, rarely deviating. Where her voice is given the greatest chance to shine is the pre-chorus. There’s a nice mix of high notes and almost runs that she gets to attempt. Even better, she pulls them off well. Her vocals may have sometimes been questioned by listeners, but thankfully here she gives nothing to worry about.
Then, of course, there is the drop. ‘Drop it like a bomb’ as AleXa says. Except it doesn’t hit quite that hard. Instead of relying on pounding bass or a heavier texture, ‘Bomb’ hinges its efforts on an eastern-inspired synth pattern, interspersed with the staccato chant of lyrics. It’s not something that’s going to hook itself in the listener’s mind exactly, but it does make an impact. And it certainly gives AleXa a chance to show off what she really shines in: her dancing.

Surrounded by a large group of backup dancers, much of this music video is sheer performance. They ran a risk of allowing AleXa to blend in, what with the highly designed sets and multiple dancers. Luckily, she holds her own, mostly due to the sheer power she puts into the dance. And that could not have been easy with some of those boots and that ponytail.
Zany Bros truly didn’t do things by halves here. The video for ‘Bomb’ is detailed and highly aesthetic. There’s a distinct look that they were going for and there are no corners cut in trying to get it. The sci-fi, futuristic sets, the stylized AI affects, even the lighting… all of it goes towards creating an image, one that they fit AleXa’s narrative into. According to Zany Bros, a “multiverse” concept will apply here, with various different characters that AleXa will fill the role of. If they pull off each story as convincingly as they do here, that is a very exciting thought for future releases.
The visuals are captivating, and it’s nice that throughout the music video, they maintain a balance between performance and storytelling. Whilst there isn’t a distinct narrative being told, much can be inferred from the snapshot visuals we are given. The opening shots of AleXa being dragged across the ground, broken or switched off, before seeing her reboot to life are quite empowering.
And overall, this is what this video, and the song, is all about. Zany Bros clearly want to establish their artist’s strength and how she can dominate with her presence. For a female soloist, that’s a great tactic to have. And Alex Christine, whether back in her Produce days or now as AleXa, has the personality and talent to do just that – empower.
Alex Christine alexa Bomb Produce48 Zany Bros ZB Label
Share. Twitter Facebook Google+ Pinterest LinkedIn Tumblr Email
Previous Article[NEWS] G-Idle’s Soyeon to perform at League of Legends World Championship finals in Paris
Next Article [NEWS] SEVENTEEN teases “Ode To You” tour in Europe