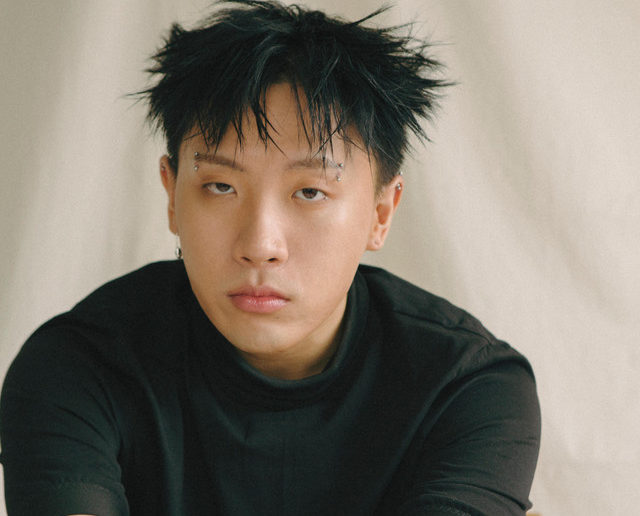 For an artist such as Nafla, failure seems almost inconceivable. Now one of the many names at the forefront of a new generation of hip-hop stars adding their mark to an already bustling urban scene in Korea, the 27-year-old has only been going from strength-to-strength in the past few years.

Originally getting his start in 2012 with the Platonixtape mixtape, the music heard in his first release is a far cry from the distinct sonic stylings audiences have grown accustomed to since. Languid synths and R&B-tinged melodies dominate unpolished verses penned about love throughout the ten-track offering, and a lot of it comes across as unrefined. There is, however, clear talent noticeable in the meticulousness of each verse in vocal delivery, and unquestionable potential evident across the board. For as basic as the overall composition was, there was nothing rudimentary about Nafla’s raw talent.

And so, when in the following year the Buttafella effect project came around, with it came a showcase of the rapid development the California-born rapper could now boast. There’s a tangible, super-charged confidence exuded in each song, a brighter, more polished production level, and a fresher range of soundscapes tapped into so that the mixtape feels like a genuine alternative to the cookie-cutter rap that is more-than readily available worldwide. Is it perfect? Absolutely not; there’s still an evident repetitiveness in some of the beats and melodies that can become jarring, but on the whole it’s a marked improvement on what had came before it.

However, it was to be 2015 that would mark the true start of a career full of acclaim for Nafla. With the This and That mixtape – the winner of the HipHopLE’s “Mixtape of the Year” award – his style became assured, and his presence in the hip-hop scene was amplified. There’s a noticeable swagger in the vocal delivery – namely the instantly recognisable “you nervous?” line heard in “you gon need it” – a remarkable abrasive-yet-accessible production style, and a rich sonic diversity that allows for something new to be discovered with every listen. It’s a tour-de-force of a release, and something that is both lyrically and compositionally near-flawless. Significantly, its boom-bap stylings also kickstarted a new trend in Korean hip-hop music, reigniting the relevance of a style that had been sidelined for years.

As we fast-forward further into the future, into a time in which the rapper is now a part of MKIT RAIN, an independent label/crew ran by close friend and frequent musical partner Loopy, Nafla’s ascent continues. This time, though, it’s with a little help from a well-known TV show, Show Me the Money. It was to be a career-high and landmark moment for the rapper as he emerged victorious in the “777” series of the broadcast, beating the likes of the aforementioned Loopy, Kid Milli and pH-1. It further cemented Nafla as a star in Korea, and helped usher him in as one of the flag-bearers for the new generation of Korean hip-hop superstars.

From that point, there was to be numerous hits, collaborations (including an album with Loopy as the duo LooFla) and concerts, all of which ensured each passing year remained as fruitful as the last.

And, now, 2020 has marked the start of a new era for the Korean-American.

Staying true to his fundamental principles of remaining humble and attempting to better himself with every release, Nafla is now relishing in the success of his latest release, u n u part. 1, the first instalment of a two-part EP project that will eventually culminate in a full-length album, not dissimilar from what Zico recently did with his Thinking LP. Containing three pre-released singles and 2016’s “been,” the extended play showcases the rapper’s softer side, and delves more into the emotional side of the psyche as opposed to the usual brash, tethered boom-bap. “merlot,” a jazz-driven track thick with bass and heavy percussion, weaves Nafla’s vocals between lyrics of heartbreak tremendously, just like “love me” is led by a rhythm guitar, drum machines and softer vocals. Hoody’s addition on the track is welcome, and aids Nafla’s raw, unpolished vocals flawlessly.

The highlight, though, comes from “good morning,” a vulnerable masterpiece, dominated by shaky vocals and a stripped-back acoustic guitar melody. The class comes from its raw sincerity and natural emotion that translates to the listener uncompromisingly. It’s intended to be a hard-listen, and shows the confidence the 27-year-old has in his abilities to be able to pull-off such an offering.

With part two on the horizon, it’s clear that 2020 will be yet-another prosperous year for the MKIT RAIN star, and one that can potentially catapult him towards worldwide success. There’s no denying the impressive growth and musical transformation that Nafla has undertaken throughout his career; after all, the artist always has an intriguing unpredictability in his releases, but it feels like now more than ever, the rapper is unquestionably prepared to meet his potential.

But what do you think? Is Nafla an artist on your radar? If so, let us know your favourite tracks in the comments.