The UnitedKpop team debated long and hard over our awards this year, and although they’re fun we felt they often lean towards the same small handful of artists. It’s great to show our favourites and the favourites of our readers that we appreciate them, but are they really important?

Jonghyun himself received the award for being a strong advocate for mental health, and while he lost his own battle his legacy still lives on.

Last year, the award was won by Holland for steadfast commitment and bravery towards LGBTQIA+ rights and representation in South Korea.

Instead of awards based on music, we have chosen to award 9 Shining Light awards (as we are in our ninth year) to acts of philanthropy over the last decade.

The winners will be revealed on our social media over the next week, and you can return here to find out more about why we awarded each Shining Light Award. 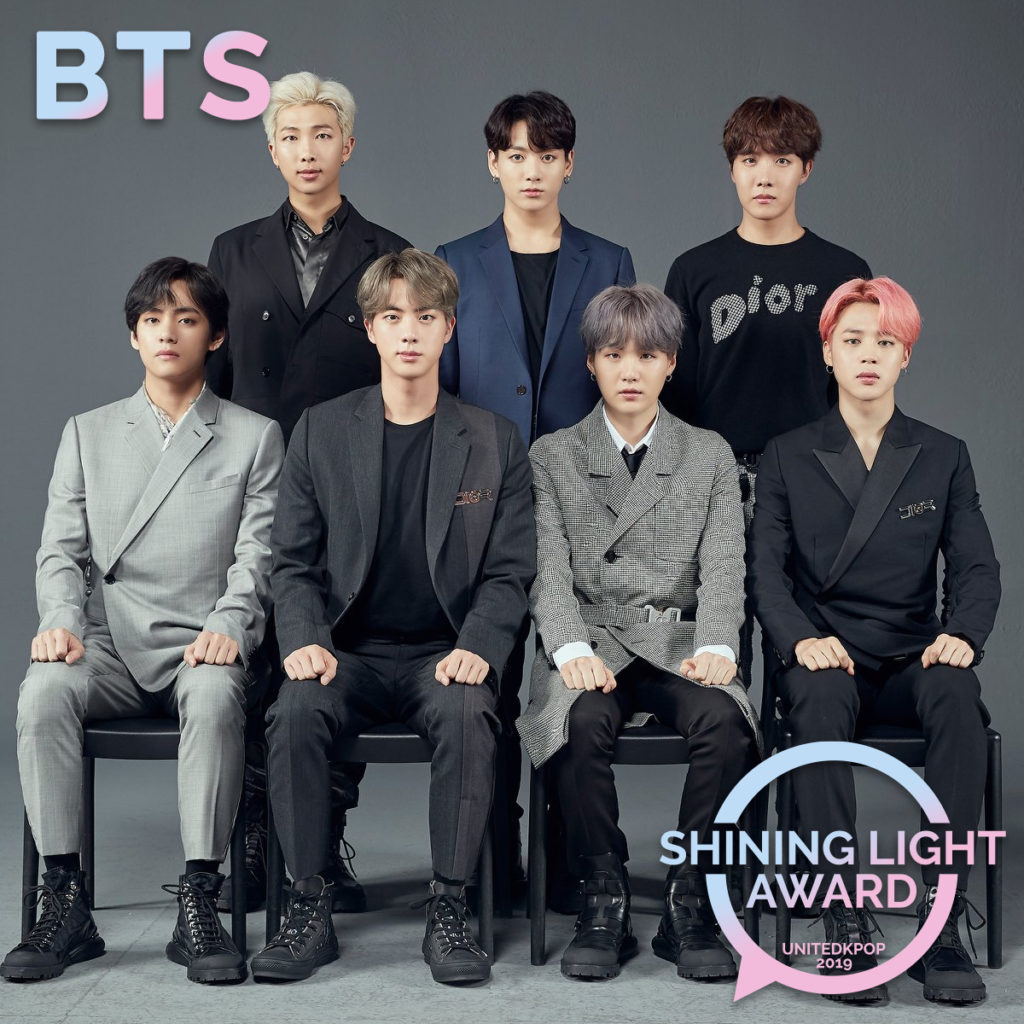 BTS have inspired millions, their words of positivity and progress resonate across the world with their ARMY of fans. The group continuously aids charitable organisations and inspire their fandom to do the same.
This first award is as much for ARMY as it is for BTS. 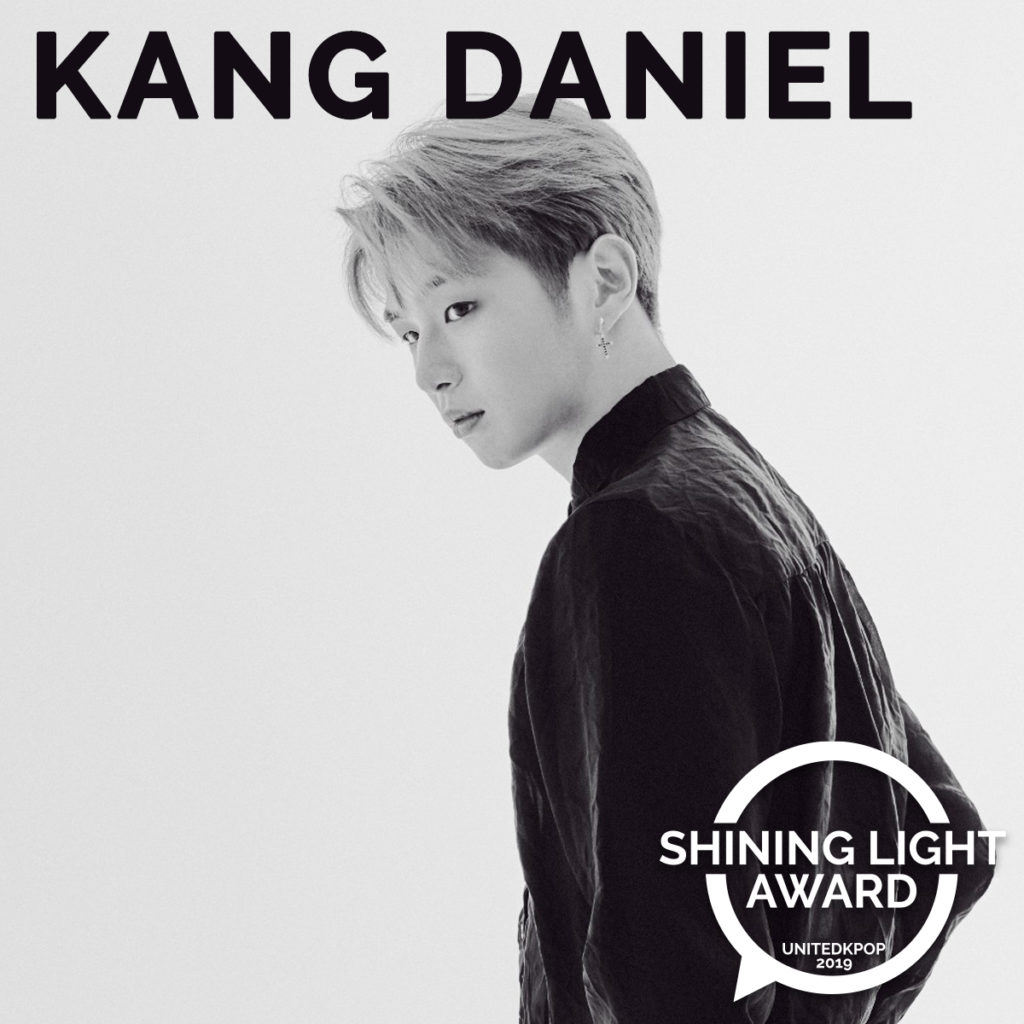 Sales of Elle Magazine with Kang Daniel as the cover model raised money for tree planting near Incheon. His other charitable activities include work with an adoption awareness campaign, contributions to pay the medical bills of low-income, vulnerable people, donations to Hope Bridge Disaster Relief and The Snail of Love for the hearing impaired.
Kang’s fanclub Danity is also known to contribute to his favourite causes, often doubling and even tripling his contribution to charities with their own donations. 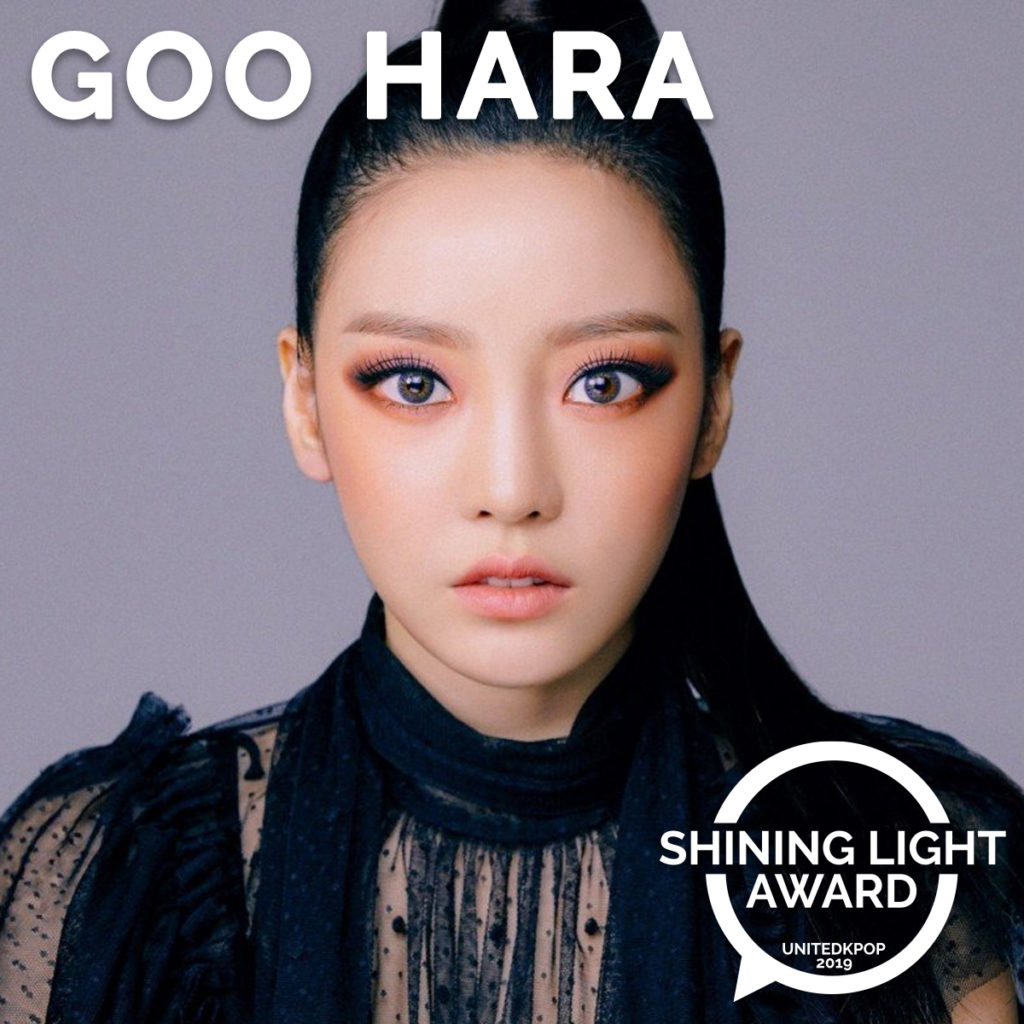 Winning this award posthumously – like SHINee’s Jonghyun – Shining Light recognises Goo Hara’s activism and it’s lasting legacy. Goo Hara provided evidence to sentence a former boyfriend for threatening to upload a sex video, coercing, physically assaulting and destroying her property. Despite being the victim, Good Hara was harassed online.
Following her death, a petition was submitted to the Blue House demanding more severe punishment for filming sexual acts without consent and distributing it. It was also revealed she helped a reporter investigate Jung Joon Young’s chatroom case.

FOURTH WINNERS: MFBTY
For continued contribution to Social Welfare Society and for being vocal advocates of racial equality 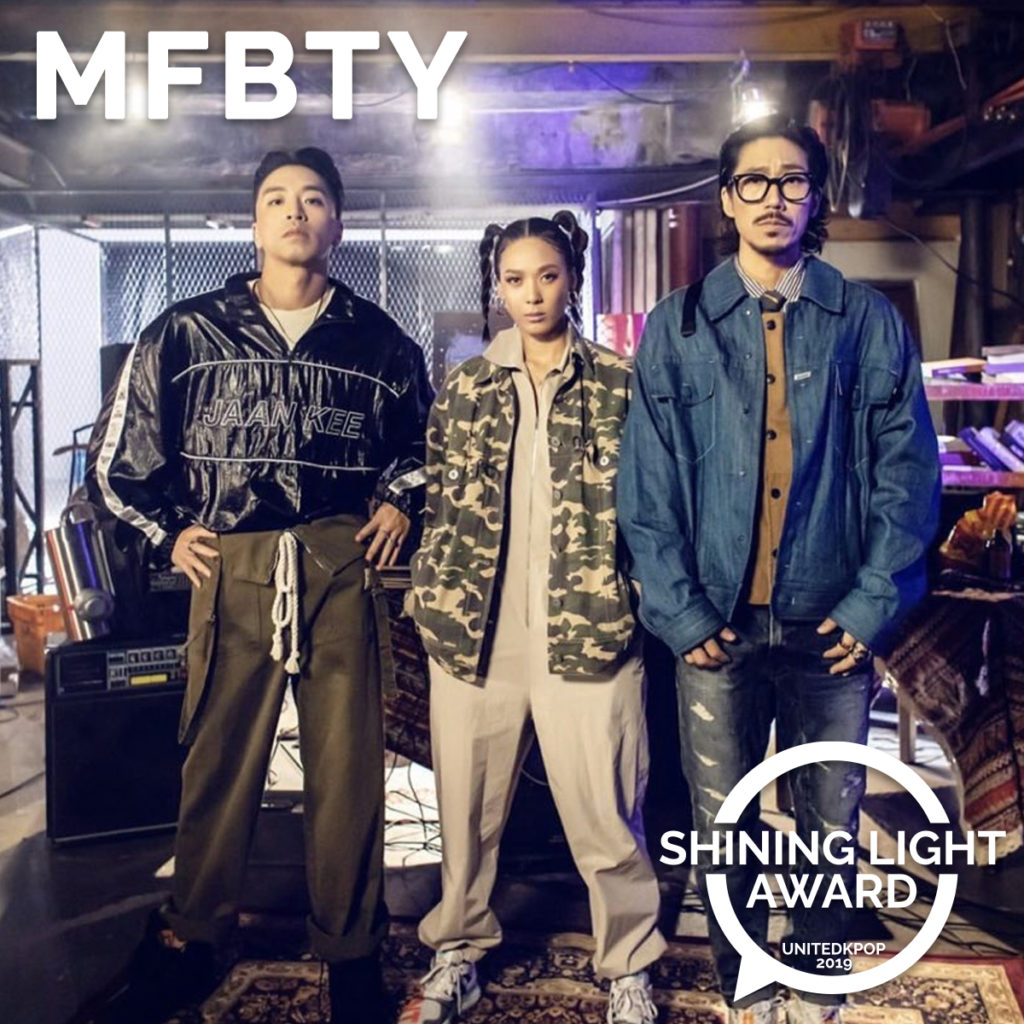 MFBTY members have always actively spoken about racial equality – initially being some of the only artists to speak on the subject in Korea. They regularly donate to Social Welfare Society, aiding struggling families, single parents and vulnerable children. 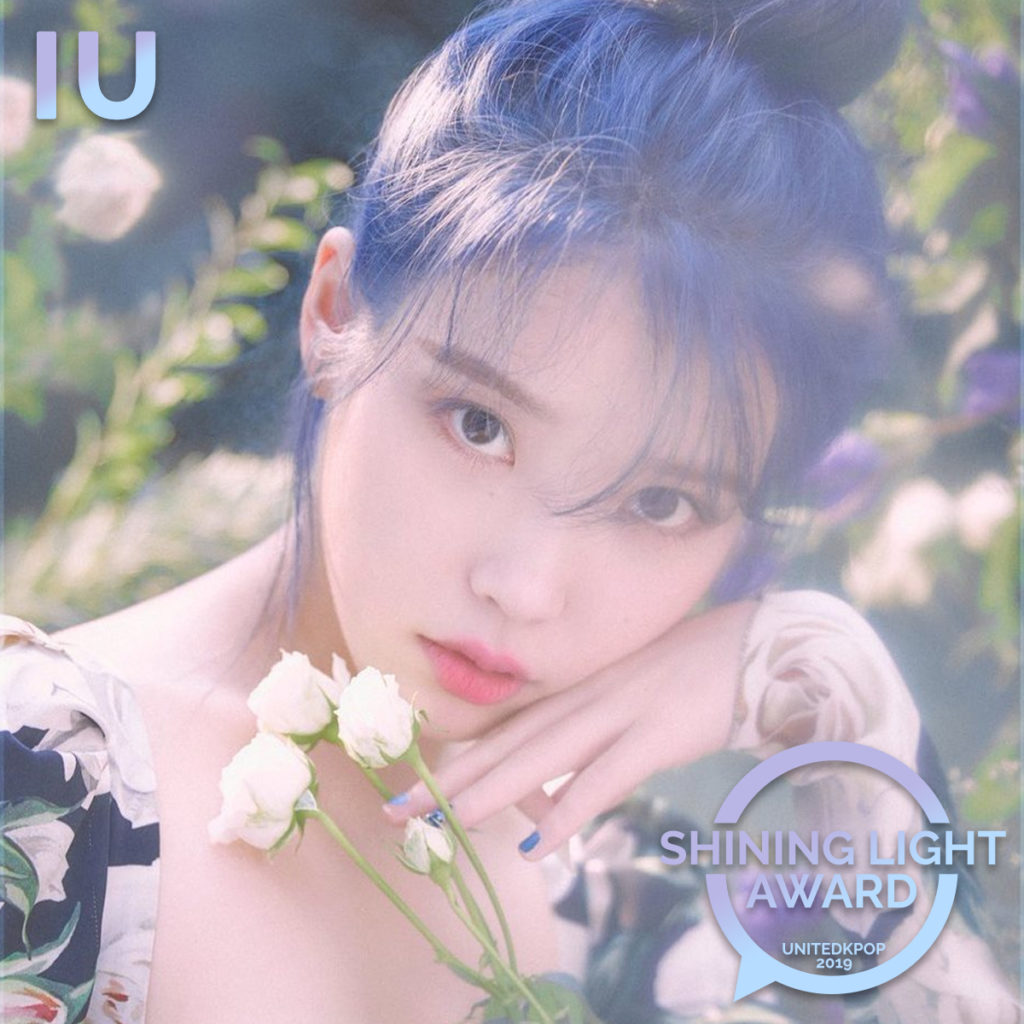 Among her many charitable endeavours, IU donated full scholarships for students at her former high school. 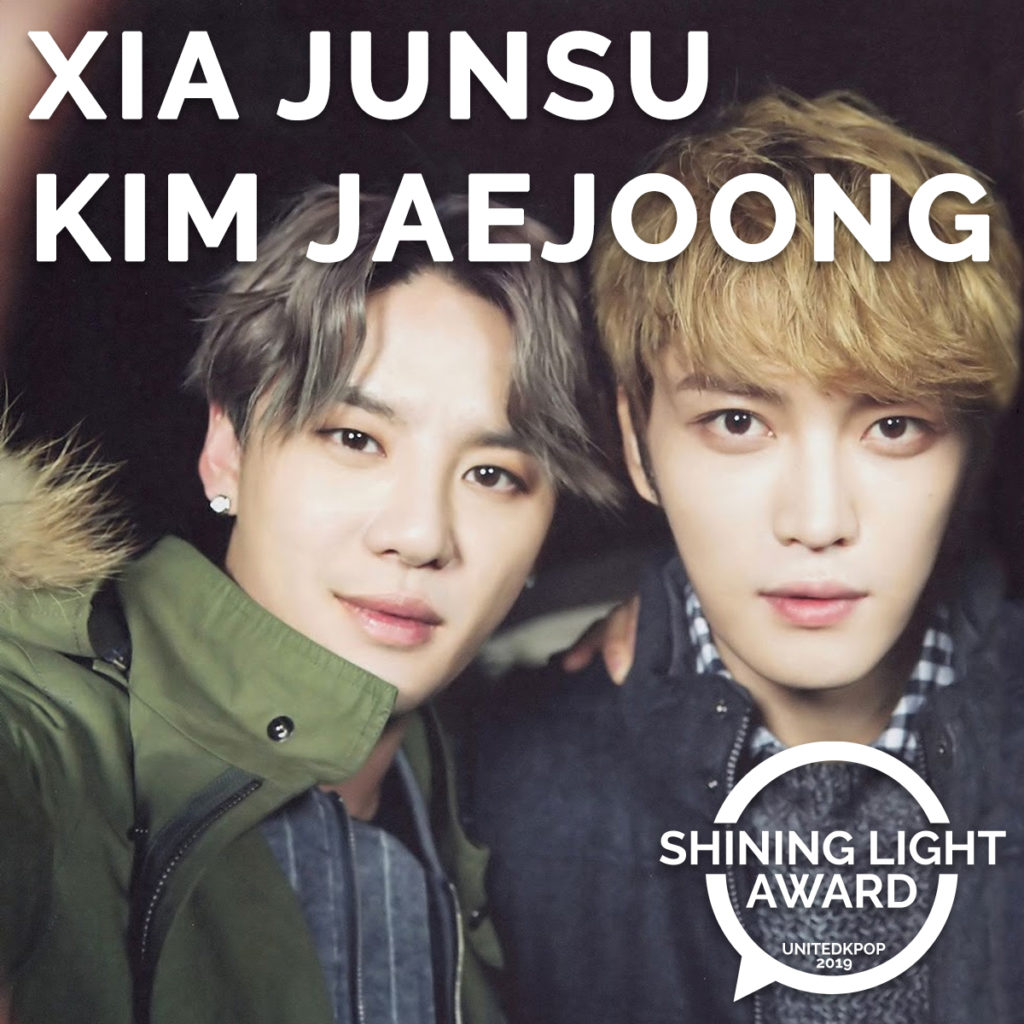 Jaejoong and Junsu both do extensive charity work. Both were part of the UN AIDS Asia campaign, raising awareness across the continent. Among his many charitable endeavours, Junsu built and supports a school in Cambodia. 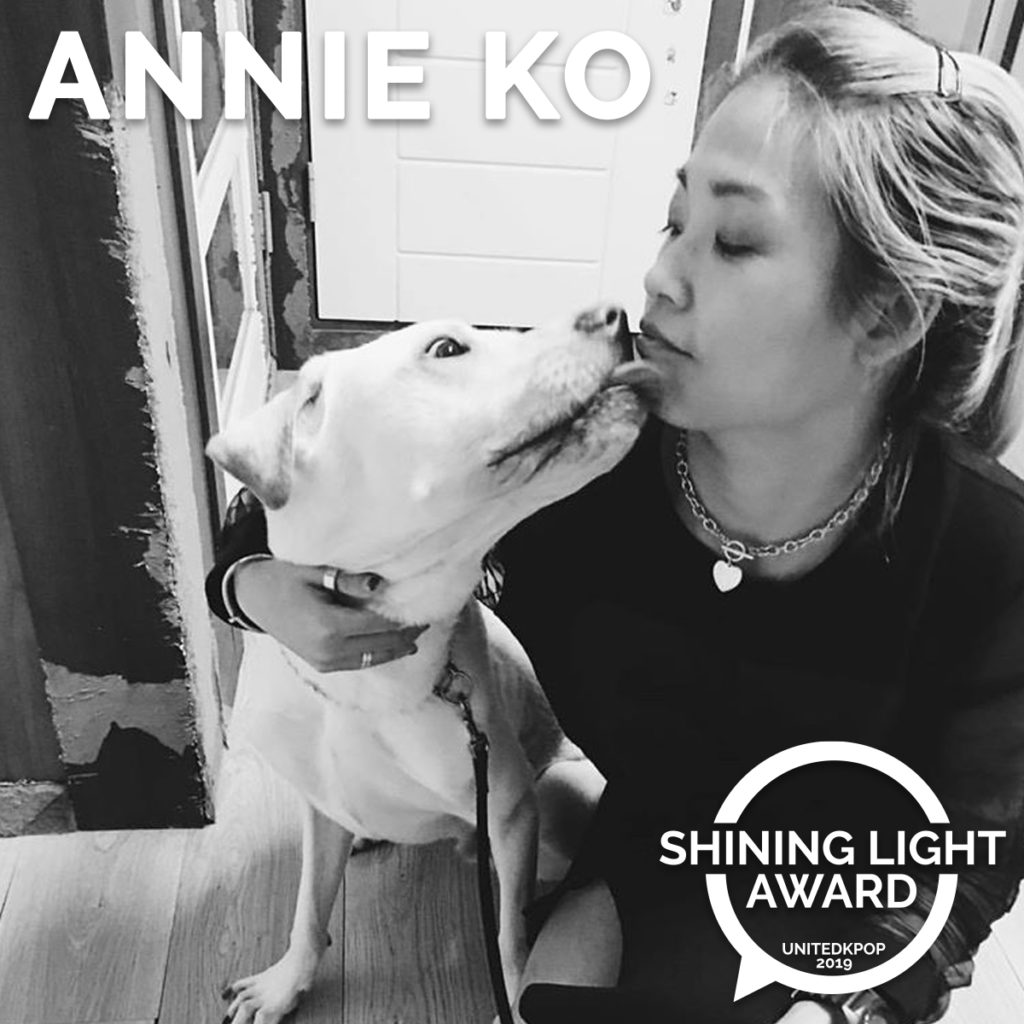 Annie works closely with the Humane Society to rescue dogs from meat farms – an active member of a farm closing team in Korea, Annie is on the frontline of activism. Her own dog Deejay was rescued from the industry she works so hard to help end.