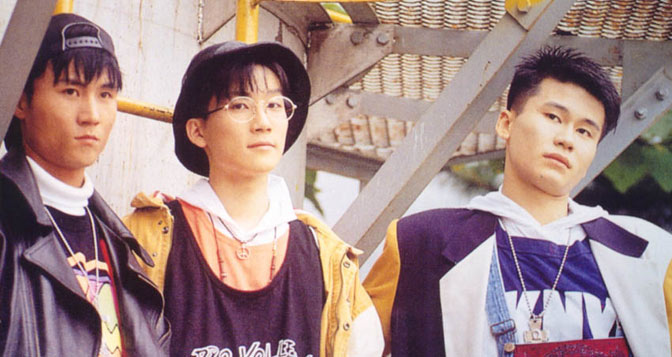 [Original Content] The Pillars of Korean Hip-Hop: An Introduction

For just as long as Kpop has been disrupting industry norms, changing the mainstream and pioneering musical innovation, the Korean hip-hop scene has been bubbling away under the surface. Once a niche, raw alternative to the sleek, polished dance performances and heavy production heard from its pop counterpart, Korean hip-hop attracted a younger, perhaps more inclined audience, ultimately allowing for it to become a bolder, larger movement. It was, after all, a genre that refused to be taken lightly; it boasted honest lyricism, more challenging production and a rejection of the “idol” approach to branding that Kpop had perfected. Instead, these artists appeared real. From Dynamic Duo right through to the disbanded Supreme Team, there was and still is a tangible sense of authenticity seeping through the genre. For every cheap imitation of western trap trends there is a Nafla; a naturally talented, unconventional artist who combines his own musical outlook with inspiration from across the pond.

But it wasn’t always like this. Before tracks from Show Me the Money rocked charts and acts like Epik High became figureheads of the country’s mainstream, there was a jarringly slow rise for the genre to become accepted. So, before this series delves into the figureheads that helped shape one of Korea’s best entertainment exports, we must first look at how hip-hop came to be in a country that was, at the time, still reliant on ballads and generally risk-adjacent music.

The 80s: A Slow Introduction

The 80s saw the partial introduction of hip-hop into the nation, even if it was mostly confined to an underground club scene based in Itaewon, an area of Seoul famed for its modern, cosmopolitan nightlife.

Initially, the clubs that played this “new” kind of music were exclusively reserved for US soldiers (the clubs were near the US military base), but by the middle of the 1980s, they were open to all. With acts like Michael Jackson taking the global stage by storm at this time, dancers, wannabes and general party-goers would all flock to compete or gawp at those sweeping the club floors with innovative moves they had picked up from these worldwide sensations. Moon Night, a particularly famous nightclub, hosted citywide dance competitions, with a significant number of successful Korean acts, including one you’ll find more about later in the article, Seo Taiji and Boys, all owing some degree of their fame to the venue.

So, when hip-hop like Run D.M.C eventually made its way over to the East, it wasn’t to help fuel a scene that was grounded in venomous rap verses, but rather one rooted deeply in its dance influences.

The Early 90s: A True Beginning

To find the origins of Korean hip-hop as part of the Hallyu wave, though, we must look towards two artists: Hyun Jin-Young, and Seo Taiji and Boys.

Hyun Jin-Young – the man credited with bringing hip-hop to a Korean audience and SM Entertainment’s first ever artist – debuted in 1990. Despite sales for his New Dance 1 album being low, the dancer slowly became heralded as a forerunner of a soon-to-be thriving musical scene. His act, which consisted of himself and two backup dancers, was intriguing, and easily set itself apart from the trot-driven music all over the charts at the time.

However, in the short-term it took a fresh-faced pop trio, Seo Taiji and Boys, to truly get the ball rolling.

Dressed in flashy, bright outfits and bursting with charisma, Korea’s youth took to the group instantly, catapulting their debut single “Nan Arayo (I Know)” to the top of the charts for 17 straight weeks. With lyrics penned about the government and flawed school system, a generation who were becoming slowly liberated had found themselves an outlet. These three young men understood their feelings, thus allowing the younger audience to feel attached to an entertainment industry that had spent decades rooted in conservatism. Despite only staying as an outfit for four years, Seo Taiji and Boys left an unmistakably huge mark on the Korean entertainment industry, one that is still felt to this day.

The Mid-90s: The Start of a Movement

As the genre started to grow in popularity amongst casual audiences, naturally, more and more budding musicians wanted a piece of the pie. Acts like Deux, a group made up exclusively of dancers, presented a genre-bending, New Jack Swing inspired style of hip-hop, whilst labels like the newly-founded YG found success with Jinusean, a group whose swagger-filled debut album sold over 700,000 copies.

All whilst this was happening, though, the underground scene that was still thriving had moved locations. Now based in Hongdae, an area known for its student nightlife and indie culture, the way of life surrounding the genre became more youth-orientated, inspiring the next generation to connect with the music and express themselves. During this time Master Plan, a once indie rock club, became a hotbed for underground Korean hip-hop, often being regarded as the birthplace of the bustling scene. Ultimately, it was a location that allowed both locals and travellers to consume, share and perform the style of music they’d fallen in love with.

Additionally, Hiphopplaya hosted weekly open rap competitions which would see participants freestyle rap over beats provided by a DJ. Hongdae eventually became a symbolic hometown for many a rapper due to this, and is well-renowned as a place that will always be the home of the underground scene. Despite the starting of online communities which gave the likes of Verbal Jint and Defconn their start, tangible places like Hongdae and Itaewon helped push the physical appeal of the genre towards a broader audience.

After considering the starting places and people for Korean hip-hop, this series will now attempt to shine a light on the artists (or other factors) that led to the genre becoming what it is today. They don’t have to be the most popular, or even necessarily spectacular, but whatever is listed must have contributed to moulding the genre into the transcendental, chart bothering, global style of music it is in 2020. We hope you enjoy the series. Don’t forget to let us know your favourite hip-hop songs in the comments below.