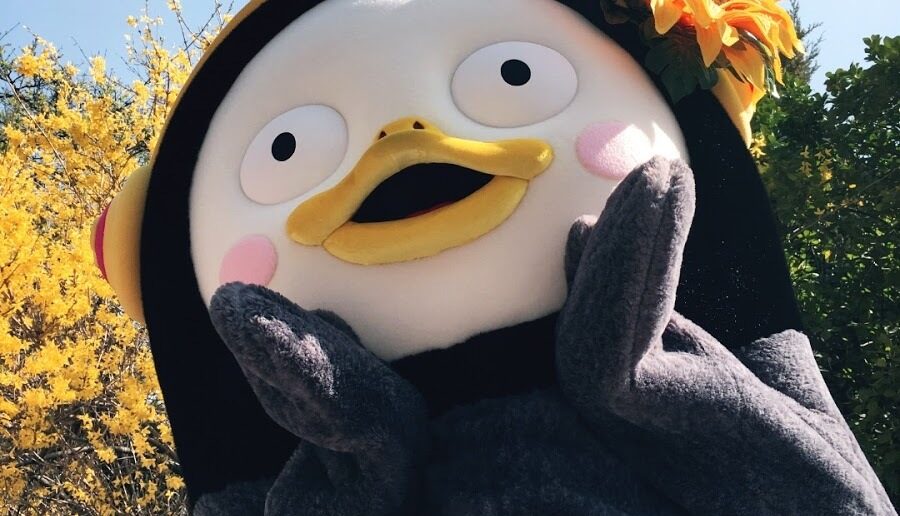 If you ask a stranger to name some of Korea’s breakout stars, realistically the answers will be quite predictable. Perhaps they’ll name the footballers Son Heung-min and Park Ji-sung, or maybe, and more aptly given this is a music site, they’d recall Psy and BTS.

But what about Pengsoo? Sure he might not be a surefire household name, but who honestly is nowadays? Voted Korea’s person of the year in 2019, the giant penguin has been starting his worldwide expansion during 2020, and is in the midst of attempting to claw his way to the top of the Billboard charts. Now with over 2.2 million subscribers on YouTube, EBS’s greatest success since Pororo is set to continue to take over the globe, and may well find chart fortune sooner rather than later.

For those who aren’t already acquainted with Pengsoo though, we’ve taken the privilege or providing a short insight into Korea’s new favourite animal.

Created by Educational Broadcasting System (EBS) in Spring of 2019, Pengsoo is a genderless penguin aimed initially at children to get them more invested in learning. By official description, he’s a 10-year-old trainee who travelled from Antarctica to South-Korea with dreams of becoming a universal superstar. In their own terms, the penguin wants to emulate Pororo, the widely popular cartoon character, and attain a level of popularity superior to megastars BTS.

Yet, Pengsoo’s appeal went beyond the initially targeted audience. Embraced by millennials because of its straight-talking, somewhat rude attitude, and disregard for societal and workplace rules. In an interview with BBC, EBS producer Lee Seulyena said that the character’s appeal lies in the fact it is “not tied to hierarchy or rank,” and the fact that it still maintains a childlike innocence despite its perceived adult ego. Dropping honorifics and expressing itself freely is just one facet of Pengsoo though, there’s a whole lot more going on…

Currently, Pengsoo is the lead-star in Giant Peng TV, a YouTube channel set up by EBS to follow the life of the large penguin. Featuring anything from meeting Korea’s Foreign Minister to starring in comedic sketches with the likes of Lee Je-hoon (Signal) and Yoo Ah-in (Chicago Typewriter), Giant Peng TV hosts an array of content which appeals to a wide-audience, proven by the millions of views and growing subscriber numbers.

Additionally, the giant penguin now finds himself kick-starting a music career with The Billboard Project, a series of songs aimed at getting him to the apex of America’s most recognised chart.

How is the The Billboard Project going?

Truthfully, The Billboard Project has had a slow start for the 10-year-old phenomenon. With their debut effort “This Is Pengsoo” failing to scratch the surface of any Billboard or Billboard affiliated chart – it did peak at 54th in domestic singles charts, though – it’s safe to assume that the expressionless anti-hero hasn’t quite made as big a splash internationally as potentially forecast.

Rest assured though, this won’t be the end of Pengsoo‘s expansion attempts.

Firstly, because “This Is Pengsoo” isn’t even a bad song. In fact, despite being obviously contrived to have a basic synth-rap sound and remain entirely inoffensive, it’s actually quite pleasant. All of the featured artists pull their weights too, especially hip-hop mogul Tiger JK, who has become charmed by the rapper, beatboxer and yodeller.

Secondly, because there is definitely potential to be found. Although some of the cultural nuances of Pengsoo videos are certainly lost on a portion of Western viewers (the hilarity of the drop in honorifics is not something that would be as fascinating in the UK), the overriding sarcasm, sass and witty logic is positively gripping, and plenty of time can be lost watching the bitesize ten-minute features. With proof that subscriber numbers are increasing globally, why not continue the project with more of the same? Only time will tell if it is a failed venture, not one setback.

What does the future hold?

Realistically, it’s hard to say what the future has in store for Pengsoo. Quintessentially idiosyncratic, the unpredictably brazen penguin continues to churn out new, intriguing content throughout each week, and never fails to entertain. Now with awards to its name and constant attention though flying its way, you can certainly bet that whatever comes next will be worth tuning in for.