Netmarble has been a big name in the mobile gaming community, creating worlds for some of the biggest franchises. We’ve seen Marvel Future Fight & The Seven Deadly Sins: Grand Cross burst in popularity so it was only a matter of time for one more big name to join forces with the development team. That name was BigHit, teaming up for a mobile game featuring possibly one of the hottest names in music; BTS. When BTS World released in 2019, it created a visual novel experience that fans could take an experience on the go; playing the role as the band’s manager with real images, voice recordings and soundtracks recorded for the game. Over a year later, the game has gathered over five million installs on Android and debuted as the number one game on American iOS devices.

With that huge reception in mind, a sequel of sorts was definitely on the cards but what fans got was far more. BTS World created a fresh story, but Netmarble’s latest game delves into the ever-changing world of the BTS Universe. Starting back from the album, The Most Beautiful Moment in Life; this story has evolved and even branched out to individual realms for each era and even worlds for BTS’ label-mates. However, fans are still dissecting and piercing together concepts from as early as “I NEED U” to concerts & also the recurring Notes posted online and placed as album packaging. A story as rich and complex as the original BU is a perfect starting point for Netmarble to create BTS Universe Story but surprisingly, the central Universe is only scratching the surface as I learned when the game was released.

Luckily, I was not left in the dark as the amazing team at Netmarble offered to show me a demonstration on the day of the game’s release. As UKP’s resident video game reporter, it was a huge honour to speak to the team who helped during the game’s creation and development that I was, of course, nervous but once the first cutscene preview played; I was personally blown away.

Not only are you reading the stories of BTS, you can relive them in alternative ways. On launch, the game has twelve developer-created stories but for my first experience with the game, I opted for the central BU story-line that came to life with “I NEED U”. The setting itself is the same as the Save Me web-comic, following Jin in a desperate time-hopping pursuit to save his friends from an untimely demise. From watching the scenes based on Jin’s Awake trailer, there was already a lot of love poured into the developer-created plotlines with beautiful animations made exclusively for these stories. The content stays loyal to the BTS Universe, with BigHit working carefully alongside Netmarble to capture the emotion and drama of the story. 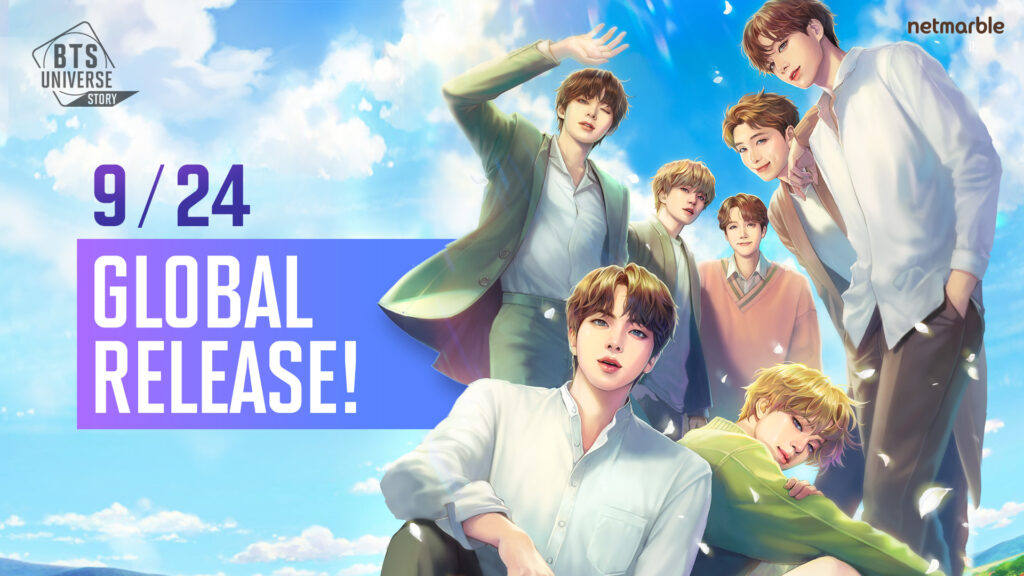 At first glance, it may be daunting to start a full story based game on mobile especially with the Save Me story since it has so many different outcomes and experiences to explore. Luckily, it is broken down into sets of stories, complete with a number of episodes to play through which is handy for someone who might not have a lot of time to sit down and read through the adventure. Often I would find myself in commutes or work breaks, tapping through an episode to stop Namjoon from fighting the customer at the gas station. Reading through the story gives an opportunity to experience the heart-wrenching scenes that fans grew to love in the “I NEED U” video and although the characters are forms of the BTS members, there is an attachment to them the moment you learn of their individual struggles. The depth is reminiscent of multiple graphic adventure games that have grown big on consoles which may be strange to compare but looking at some of the big visual novel games on mobile device; Mystic Messenger, Obey Me & The Arcana to name a few, Universe Story fits right at home for a little escapism in the day.

During my first experience, I touched on just Namjoon’s story with Yoongi & Jungkook’s available to unlock at the time of this review but that is just the beginning. As many fans know, the Save Me saga was the first creation from the BTS Universe and it is continuing to grow with the web-comic and the up-coming Drama, Blue Sky currently in production. The developers did comment on the growth of this world made by BigHit and one of their goals for the future is to expand as the Universe grows but nothing is confirmed or planned yet.

For now, there are multiple genres based on the BTS Universe with tales of BTS as detectives, vampires, survivors of the Apocalypse and more to discover. In fact, many fan-imagined ideas spring to life almost immediately and there is variety the moment you boot up the game. However, there may be one particular idea locked away in a fan’s mind that is unique, fresh and hard-hitting. I have seen many Twitter-based fiction that has kept a long thread of fans gripped for days. This mind-set is where the Episode Editor comes in and with the mechanics included in the game, the possibilities are endless.

Netmarble wanted fans to get completely creative with making their own stories and created two different forms of the editor so anyone can jump in and create; regardless of their experience with computer editing and production. There is an Easy Editor which starts the player off with tools to adjust the background, visual and audio overlays to set the scene as well as a storyboard-like system to plan out dialogue and play back any clip you have created. The true Sandbox experience lies in the Expert Editor, adding a wide number of categories on top to perfect your own BTS tale. At first, the editor may look daunting but everything is laid out to fine tune each scene. The same tools remain from the Easy Editor, but now with specific placement settings for the characters, customisation for dialogue, a text message simulator for conversations and also sound effects to fully portray the emotions and actions in the story. In the words of the Netmarble team, there are no limits to creativity as the tools in the editor are accessible to fans of all ages to go wild with their own BTS-inspired adventure. 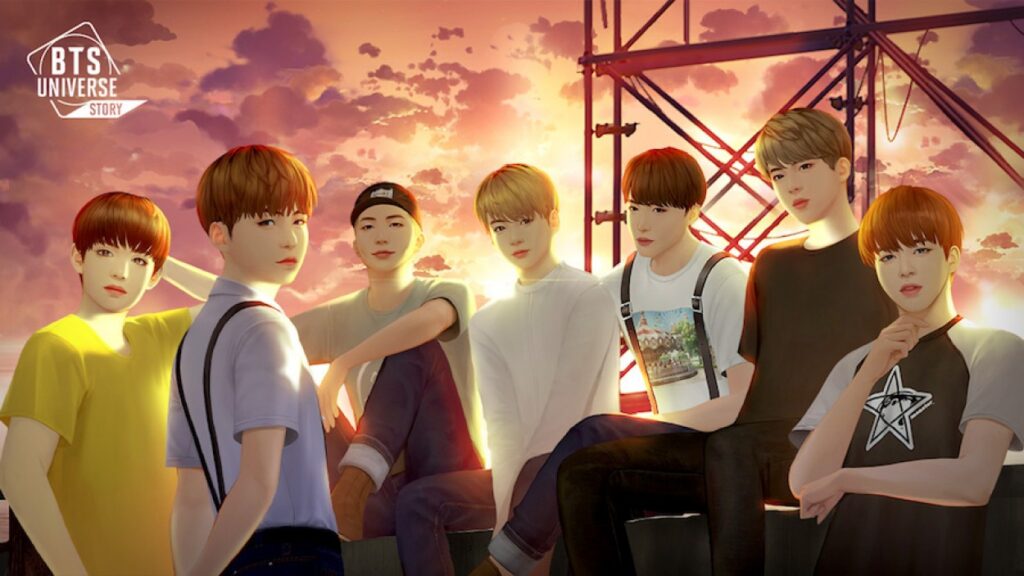 Lastly, there was one last surprise in BTS Universe Story; the Showroom. A place where fans can experiment with costume styles and showcase them in various ways. Once opening the Showroom, you are graced with a screen of the boys that is reminiscent of the train scene of “I NEED U” but once clicking on a particular member, you can dress them in a wide number of outfits that are already unlocked on launch. Some costumes are earned through achievements or bought to create special collections and themes that can also alter the poses and backdrop of the Showroom’s home screen. Once you have the perfect outfit, it is time to have some fun. Using augmented reality, the phone’s camera can place the member of your choice in your room for a picture or a video of them dancing or performing a specific move. There is even an opportunity to use the game as a BTS-style face filter, transforming you into a member for funny selfies or videos for social media.

There is a lot to the game itself but of course, with any mobile app there is the dreaded micro-transactions which was a query I had on my mind when checking through BTS Universe Story’s contents. The Netmarble team did note that both sides of the game are not locked for the player and the micro-transactions are mainly for the Jewels that can be used to buy outfits for the members and extra tickets to use for accessing stories from the BU series and from other players. Jewel prices do range from £0.99 to £74.99 but there are plenty of bonus jewels to earn by achievements and log-ins so it is easy to earn on a casual level. For avid fans of the game, a Membership can be purchased to increase how many tickets can be used at once and get access to a list of premium stories. There is also a “Season Pass” of sorts for the Save Me based story; titled as I’M FINE; with a fee to unlock all of the stories that are due for release as the game is updated.

Regardless of the paid extras, there is still a large chunk of the game available for free with an occasional recharge of tickets when used; perfect for a dose of BTS wherever you are. The only downside was that the game is an online only service. However, that is understandable with its premise. It is a social experience, made to create and share. The only method behind an offline side would be to download a particular series of episodes which would really defeat the purpose of a large percentage of its mechanics. A suggestion may be to include offline reading as part of the paid membership in the future but there is no exact schedule for updates in gameplay at the time of the game’s launch. 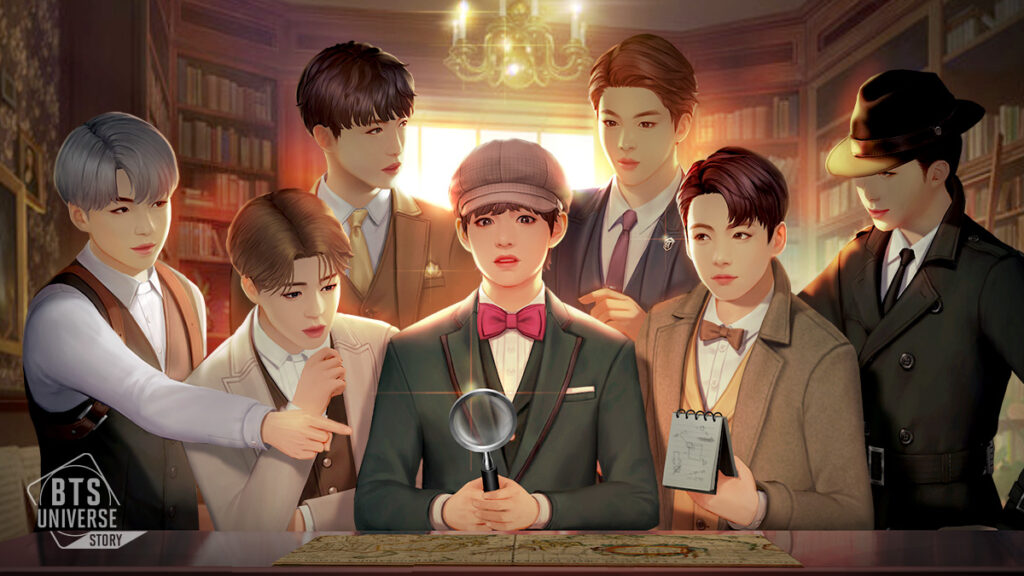 Ultimately, BTS Universe Story is not just a simple create-your-own adventure game; it is an experience. Netmarble worked closely alongside BigHit and used that partnership & experience from BTS World to create a fun hub for fans. The core content of the BU-based episodes is something to be experienced both by fans of BTS and general fans of the visual novel genre who may not know of the group. It is a compelling read, laced with options that will keep readers gripped and eager to know more.

Some may download the game for the central story alone but its additional content is where it really shines. With the episode editor, fans from all across the world can create and share their own adventures with the community. Within the first few weeks, there are already fan-made tales that are being shared by fans and the development team alike. Once you get the hang of the editor’s system, it is a chance to let your inner author run free and even increase your Creator Rank within the community. BTS Universe Story is available for free on the App Store and Google Play so there is no excuse to pick up and get creating but if you are new to the story-making genre, don’t worry. The game’s official Youtube channel has compiled a playlist of easy guides for you to get the best experience out of the episode editor and share your creations in no time.

Disclaimer: Everything in this review is based off the author’s own views, research and recollections. They do not reflect what UnitedKpop believes as a whole, nor can they be used to make any decisions about the titles, artists and developers discussed in the post. The content in this article is to present a discussion so if you have thoughts to add or want to showcase your own stories made in BTS Universe Story; get involved in the comments below or through UnitedKpop’s social media.