Trending
You are at:Home»News»Europe»[NEWS] (G)I-DLE Collaborates With Dimitri Vegas & Like Mike For “HWAA” Remix

(G)I-DLE has been releasing teasers in Feburary to collaborate with international Greek/Belgian DJ duo, Dimitri Vegas & Like Mike. They are one of the most popular DJ’s and have also appeared on DJ Mag‘s Top 100 DJs list in 2020.

They have performed at numerous festivals worldwide such as EXIT festival, Electric Daisy Carnival, Electric Zoo, Parookaville, UNTOLD, Creamfields and Tomorrowland, where they have been the official resident DJs since 2010.

On 1st February at midnight KST, (G)I-DLE) revealed they would be teaming up with the Belgian DJ duo, to create a new remix of their new title track “HWAA,” from their latest album I Burn which was released on 11 January. 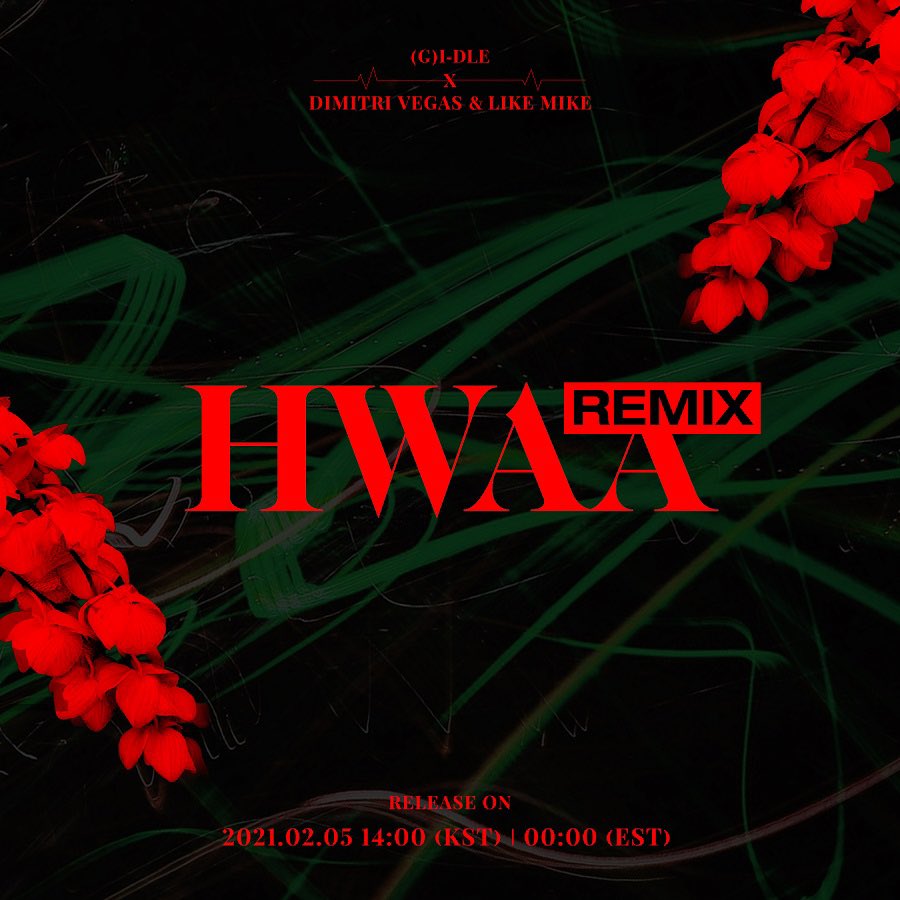 The group also revealed a teaser for the upcoming single “HWAA (Dimitri Vegas & Like Mike Remix),” which was released on February 5 at 2 p.m. KST.

Since Dimitri Vegas shared (G)I-DLE music video for “HWAA” on his Twitter account and tagged Like Mike, fans have been wishing for this collaboration to happen between the two groups.

(G)I-DLE also shared an audio preview for the “HWAA” remix with Dimitri Vegas & Like Mike on 4 Feburay.

The remix was released on 5 Feburary with a music video release.