Trending
You are at:Home»Events»Concert»Eric Nam will be making his way to Europe in his 2022 world tour.

Eric Nam will be making his way to Europe in his 2022 world tour.

On October 18th, Eric Nam announced he will once again be travelling the world with his new and upcoming tour: There And Back Again. Tickets will be going on sale on Friday, October 22nd. Check out the official tweet below.

I can’t wait to see you all and put on an unforgettable tour with my band & dancers. Tickets go ON SALE this Friday at 10AM your city’s local time at https://t.co/RpNggV2ytf (don’t worry, more cities to come). LMK WHICH SONGS YOU NEED TO HEAR.
⠀#thereandbackagaintour pic.twitter.com/fSUKuZ08U7

As well as North America, the singer will also be making his way to Europe – with dates for cities such as Stockholm, Munish, London and even Glasgow to be included. 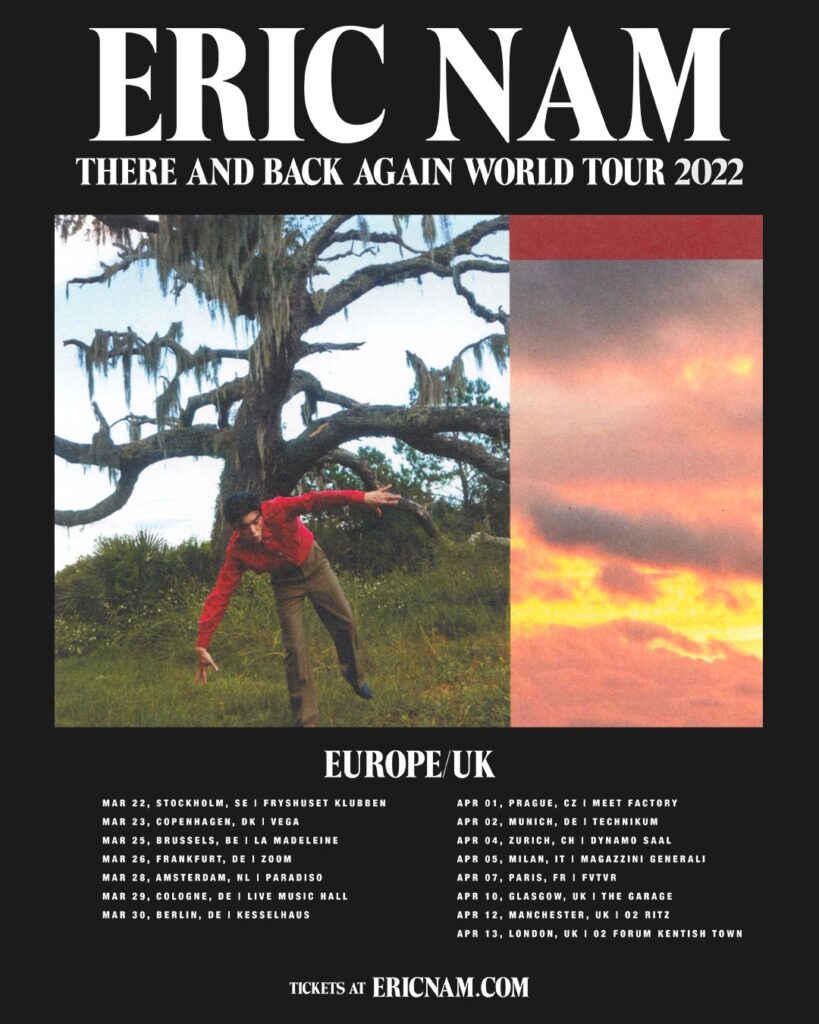 We look forward to the exciting performances Eric Nam will bring to the stage in 2022!