Announced on August 25 via their official Instagram page. Korean rock group W24 have announced they will be back in the UK as part of their ‘W24 in UK Tour’.

The cities as part of the tour include Birmingham, Manchester and London. 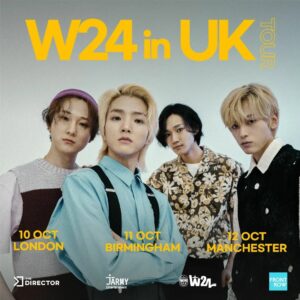 The news comes after the group held their last UK tour back in April.