Trending
You are at:Home»News»Yoo Ah In heads to London for the 2014 Burberry Prorsum F/W Men’s Collection Show

Actor Yoo Ah In becomes the second Korean celebrity to fly over to London following f(x)’s Krystal’s visit. You may know Yoo Ah In from his roles in the movie Antique Bakery, and dramas Sungkyunkwan Scandal and Fashion King. The Actor left Seoul yesterday to attend the Burberry Prorsum Men’s Collection F/W show, to be held on January 8th at 2PM. The collection will be shown at Kensington Garden, and will be aired live via Burberry’s official website.

Burberry have been known to attract the attention of Korean celebrities, with members of SNSD previously visiting London to attend their show at London Fashion Week in February 2012. The London Fashion Week itself has also brought YG stylist Yang Seung Ho with fellow fashion associates.

Yoo Ah In is said to have smiled and waved happily at the fans who showed up at Incheon to see him off. Meanwhile his airport fashion has proven his role in Fashion King was meant to be with his quilted style leather jacket paired with smart trousers. He pulled the sleek look off with an air of confidence and smile, complete with celebrity shades. He has certainly cemented a place on this year’s airport fashionistas list. 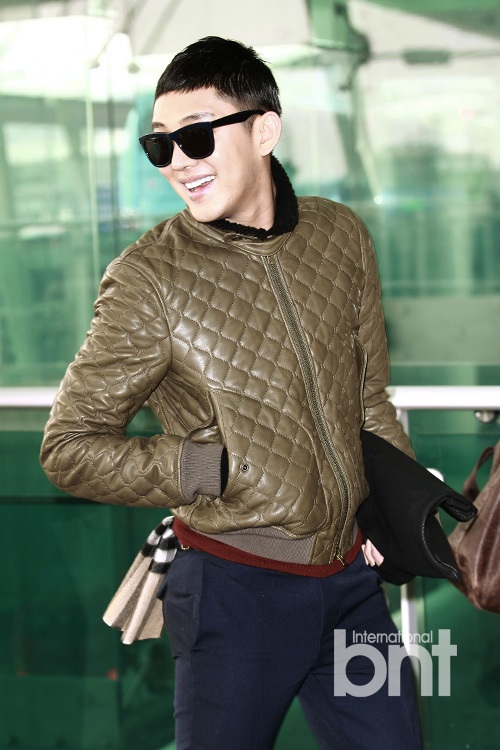 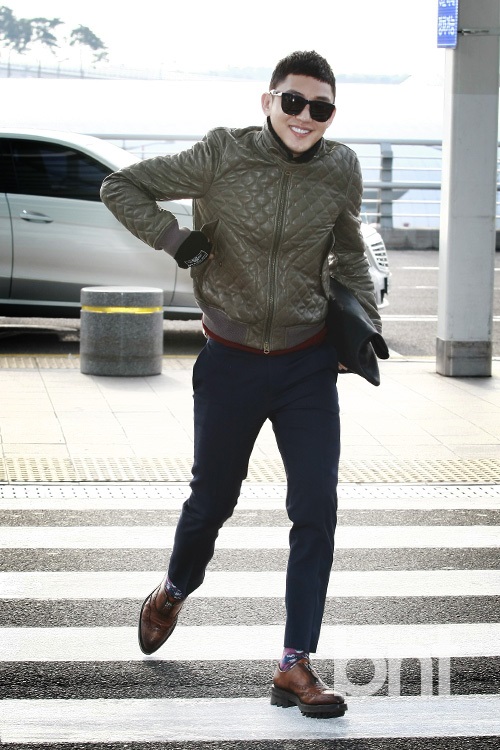