Trending
You are at:Home»Original Content»Editorials»[OP-ED] Cultural appropriation and colourism in Kpop

Kpop is fast becoming a phenomenon across the globe. The hallyu wave has seen Kpop artists take centre stage, and with this newfound attention comes a glaring spotlight on the Korean music scene as a whole. Many Korean artists have been accused of ‘cultural appropriation’ as they style their hair in cornrows or dreadlocks or engage in blackface. The issue has created a chasm between international fans, who have been exposed to different strains of prejudice and domestic fans, who believe international fans are projecting their own cultural norms onto Korean culture.

But what exactly is cultural appropriation?

By definition, cultural appropriation is the “adoption of elements of one culture by members of another culture.” The issue arises when dominant racial groups – who hold significantly more social, political and economic power – are the ones adopting parts of cultures created by disadvantaged minority cultures, without addressing the historical context behind the cultures they are taking. It strengthens the imbalance of power between racial groups as it subjugates racial minorities whilst cementing the ‘superiority’ of the dominant culture.

Caricatures of black people and culture in Korea are celebrated, whilst actual black people are not.
It goes further than cultural appreciation, where a person actively makes a continued effort to embrace and learn about another culture and its people. Appropriation is both capitalist and racist in its entirety, as it cherry picks marketable aspects of different cultures whilst dismissing the history, traditions and actual people of the cultures they are taking.

An example of this in Kpop is the use of cornrows. This is of major significance to the black community as it was a hairstyle used to identify tribe members. It was also a hairstyle that allowed black slaves to communicate depending on how the hair was braided, with some even planning their escapes by braiding cornrow maps into their hair. The violent racism that has tainted the history of this hairstyle prevails today, with black people being fired from their jobs, black children sanctioned at school, all because cornrows on a black person are seen as undesirable. 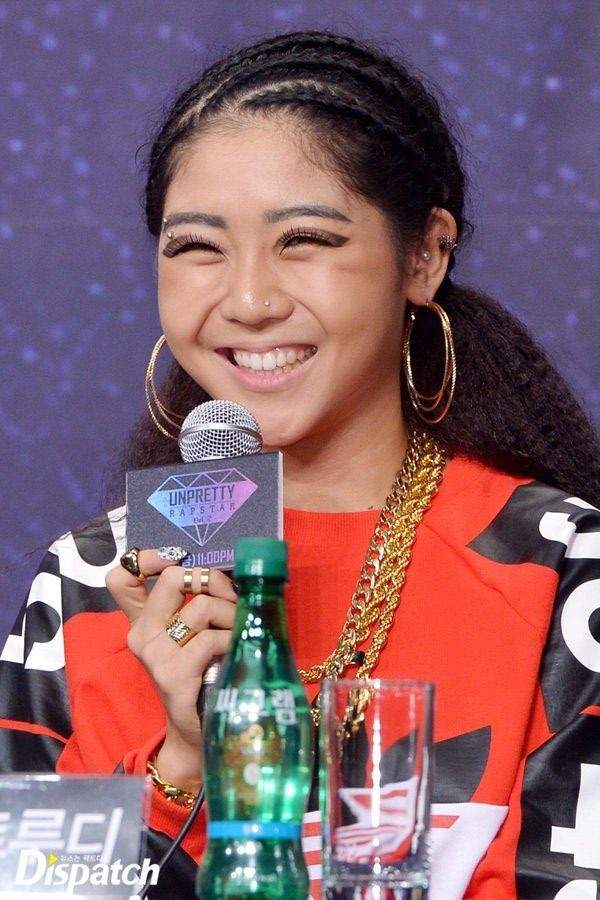 So why is it okay for a non-black person to then  co-opt the hairstyle purely for the aesthetic? In Kpop especially, the use of cornrows is accompanied with an exaggerated and wildly inaccurate impersonation of what they believe a black person is like. The ‘gangsta’ or ‘criminal’ thug stereotype is rampant – from the overly arrogant and aggressive demeanour, adoption of AAVE (African American Vernacular English), baggy clothing to the emphasis on guns and knives. Truedy used this stereotype as a costume to correlate this aggressiveness with the savage nature of her raps. It worked, and she was crowned the winner of the show.

By perpetuating negative stereotypes of black people in this way, Kpop stars are using black people and their cultures as costumes. When their performances are over or their music video has been filmed, they can wipe off the make up and straighten their hair, assimilating back into society without consequence. Caricatures of black people and culture in Korea are celebrated, whilst actual black people are not.

It isn’t a mere coincidence that the cultures being co-opted without consent typically belong to people of darker skin tones. South Asian traditions such as henna, wearing bindis and saris are frequently seen in Kpop music videos and traditional Native American headwear is used as a costume prop on variety shows. This perceived superiority of lighter complexions over darker skin tones is known as colourism. The idea of colourism is that lighter skin tones are more attractive, whilst darker skin tones are ugly and undesirable. Racism is systemic and colourism is a symptom of that, by deciding a person’s worth based on their proximity to whiteness.

Colourism in Kpop is rampant, with Kpop’s social influence allowing it to pervade almost every avenue of Korean society. Idols are used to push whiteness; Dahyun of TWICE is known for her trademark white skin, nicknamed ‘tofu’ by TWICE fans. 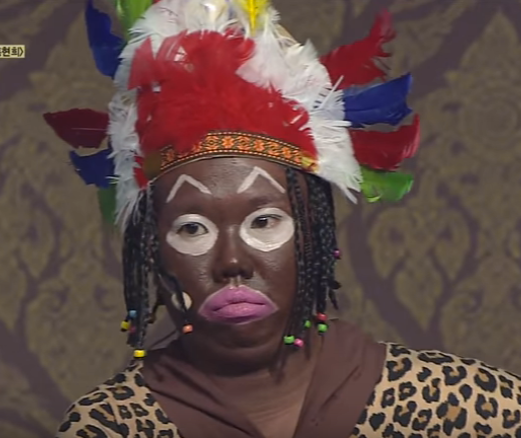 Colourism is the reasoning behind why many in Kpop believe it’s okay to steal and mock the cultures of black and brown people – their cultures are seen as synonymous as their skin tones, inferior and abnormal. In Korea, blackface (the temporary darkening of skin for comedic purposes and shock value) represents the exoticism surrounding darker skinned people.

In an effort to both preserve the homogenous nature of Korean culture and exert light skin superiority, Kpop is used as an agency of social control in the colourist agenda. Idols frequently work with companies producing skin whitening products and cosmetics.

Lovelyz worked with Secret Key, a company producing the ‘snow white’ range of whitening skincare and makeup. The bright expressions on each members faces subconsciously associates skin whitening products with happiness and considering the large fanbase Lovelyz themselves have as a group, it teaches impressionable young people that having lighter skin is more desirable. Disguising colourism by framing it as a beauty trend is deeply insidious in nature – young people only see their favourite idols posing for pretty pictures. They fail to look beyond the bright colours and fashionable outfits and see the skin whitening business for what it is; a capitalist industry fuelling and profiting from racism in modern society.

There are some who would argue that Korea is genuinely oblivious to the racism they are perpetuating, because they have not been taught differently. But do we really need to be taught to treat all people of different races and skin tones with respect? Concerns about cultural appropriation have been raised throughout each era of Kpop, but social attitudes have yet to shift. There are idol groups who simply ignore accusations of racism and others who even go on to repeat their offensive actions, fobbing off their fans with apologies and promises of change. Until cultural appropriation and colourism in Kpop becomes a sweeping social movement (like the ‘me too’ movement which reached Korea) the Korean music industry will continue to sweep it under the carpet, addressing it only when they are under immense pressure to hold their artists accountable.