Bae Doo Na, who is dating Hollywood actor Jim Sturgess, looks chic as she poses on the streets of London with bold red lipstick and a messy black bob, the British skies predictably grey but the photoshoot no less beautiful.

Aside from the Hollywood hit Cloud Atlas, Bae Doo Na is known for her roles in Park Chan Wook’s Sympathy for Mr. Vengeance (the director behind Stoker) and The Host. Her first film role was in the Korean remake of The Ring, The Ring Virus.

Bae Doo Na is set to appear in a small role in the 2015 film Jupiter Ascending, co-produced by Cloud Atlas’ executive director and starring Mila Kunis and Channing Tatum. 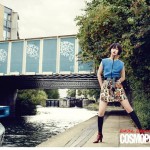 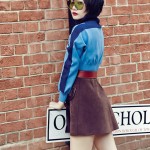 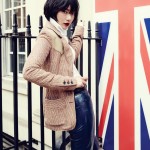 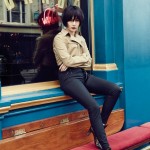 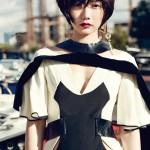 Surprisingly, though fluent in English, Go Ara is yet to make an appearance in a Hollywood movie.  Aside from her appearances in Reply 1994, the actress recently appeared in ‘You’re All Surrounded‘ as one of the main cast members, the police drama ran for 20 episodes from May 7th to July 17th this year. 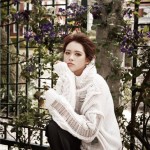 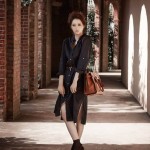 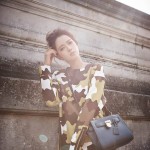